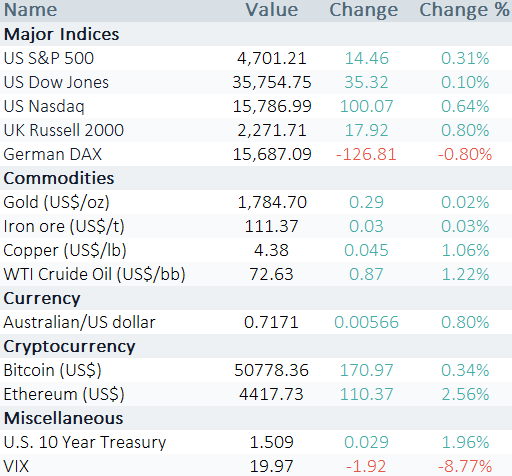 Wall Street climbed after Pfizer and BioNTech said initial lab studies show a third dose of their covid vaccine neutralises the omicron variant. The S&P 500 remains within 1% of all-time highs.

On the US economic front, the number of workers who left their jobs fell 4.7% from 4.36m to 4.16m in October, according to the Labor Department. While quit rates dropped, the level of job openings increased 4.1%, just below all-time highs. Economists have dubbed the term “The Great Resignation” to describe the abnormal number of people leaving jobs in recent months.

Global markets have turned optimistic this week about the impact of omicron, further bolstered by China’s move to lower banks’ reserve requirements to boost liquidity and lending.

US Congress has taken the first step towards preventing a possible default on debt. The House passed a bill that would allow the Senate to raise the debt ceiling with a simple vote. The US is expected to hit its existing debt ceiling around 15 December. 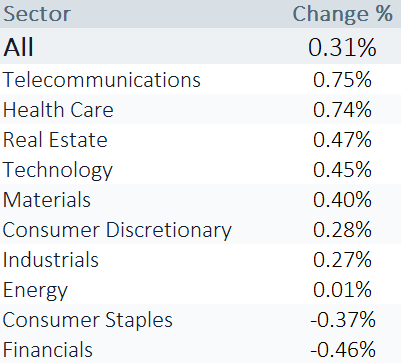 US sectors were relatively quiet overnight with no gains or losses of more than 1%.

Meta Platforms (Facebook) climbed 2% after the company gave its employees the option to delay returning to offices. Apple shares also closed 2% higher after UBS retained its buy rating despite concerns about slowing sales for the iPhone 13.

Financials underperformed as most major US banks including Citi, JPMorgan, Bank of America and Wells Fargo finished the session lower. 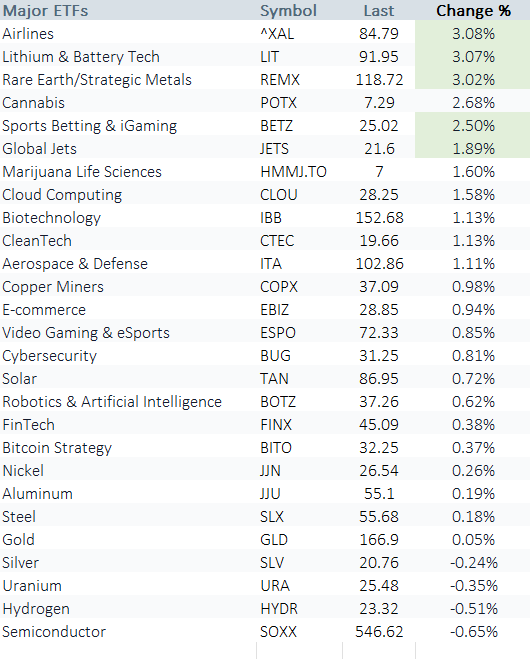 The Rare Earth/Strategic Metals ETF has largely been range bound, trading between US$115 and US$125 since August. China is set to merge several rare earth assets in a move to strengthen its advantages in the industry.