As the Mongolian summer hits its midway point, Elixir Energy (ASX:EXR) has revealed its busy work schedule heading into the second half of 2022.

The company plans to develop its first pilot production well at the Nomgon IX natural gas project in August.

Civil infrastructure works are to commence shortly ahead of the August spud date. For the uninitiated, ‘spudding’ refers to the first drill strike in the creation of a new well.

By the end of August, Elixir expects contractor Major Drilling to begin working on two production wells to underpin the pilot production facility. 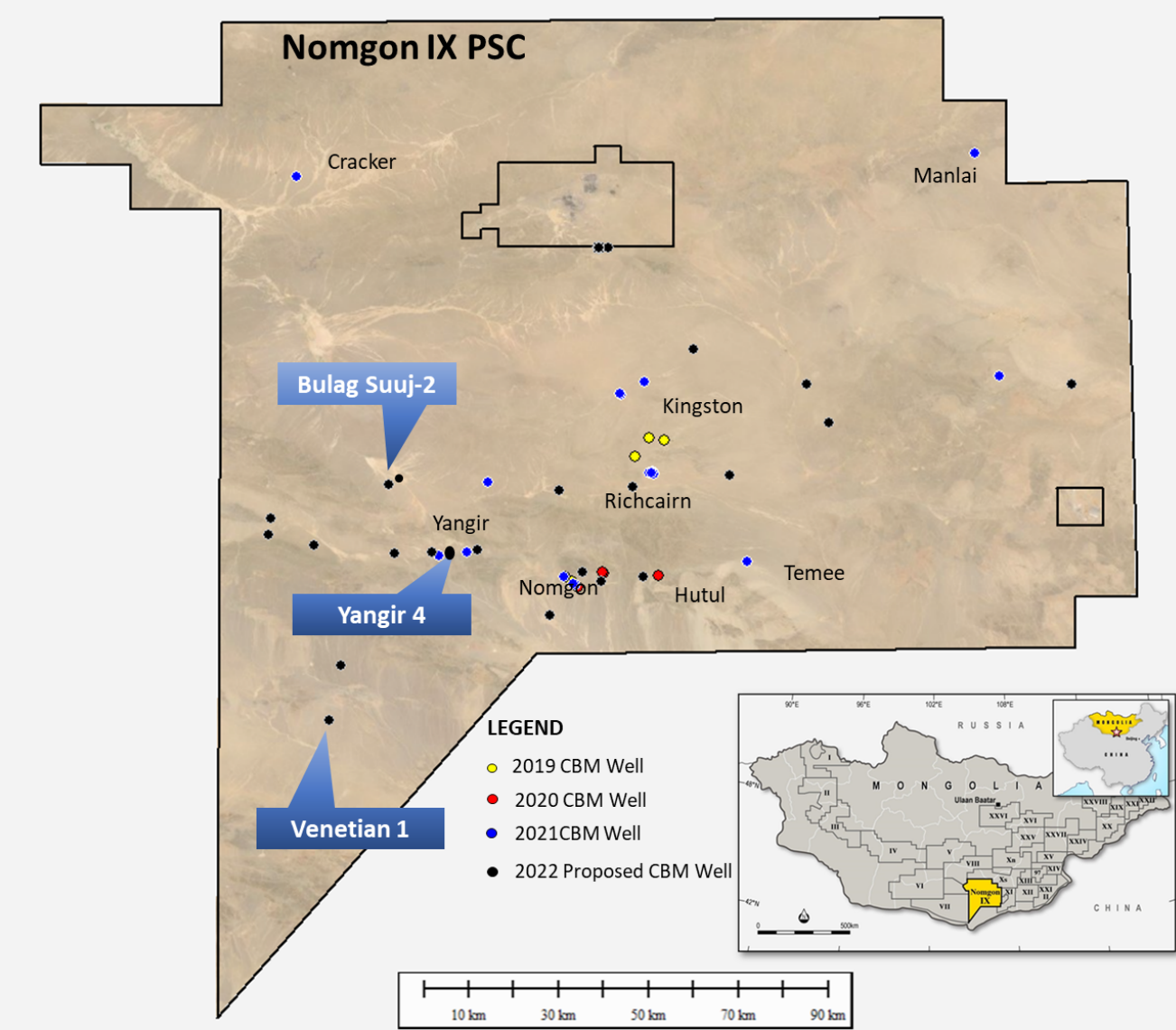 The company’s geos believe this substantiates evidence of a new coal bed methane (CBM) sub basin within the boundaries of the project acreage.

An appraisal well to further test this theory, the Bulag-Suuj-2S, is now being drilled and tested at a location some 4km from Bulag-Suuj-1S.

All in all, three drill rigs are active at Nomgon right now, with a fourth to join them in August.

That will grow to five, as part of a water drilling exercise underneath a hydrogen MOU executed with Japan’s SoftBank Energy earlier this week.

Of those three drill rigs currently active, Top Diamond Drilling LLC’s rig is currently drilling away at the site of the Venetian-1S exploration well, testing for more coal bodies on-site.

Meanwhile, the Yangir-4 appraisal well is being re-worked after the asset encountered difficulties related to fractured coal.

Worth noting is that Elixir’s Nomgon acreage is mammoth in size. The company has recently concluded a 2D seismic campaign of some 322km, only a small portion of the total project boundary envelope.

Elixir Energy was a Market Index client at the time of publishing. All coverage contains factual information only and should not be interpreted as opinion of financial advice.