Elixir Energy (ASX:EXR) has today announced its execution of an MOU with Japanese heavyweight SoftBank Energy to assess the feasibility of a green hydrogen production plant at Elixir’s Mongolian Nomgon IX project.

The two players will assess the feasibility of a pilot green hydrogen plant in the region using SoftBank’s Tsetsii Wind Farm to power electrolysis operations on-site.

Should that plant prove successful, the partnership is targeting an eventual gigawatt-scale development.

For a full run-down on what green hydrogen is, how it’s made, and who’s making it, you can view Market Index News’ rundown on the product here. 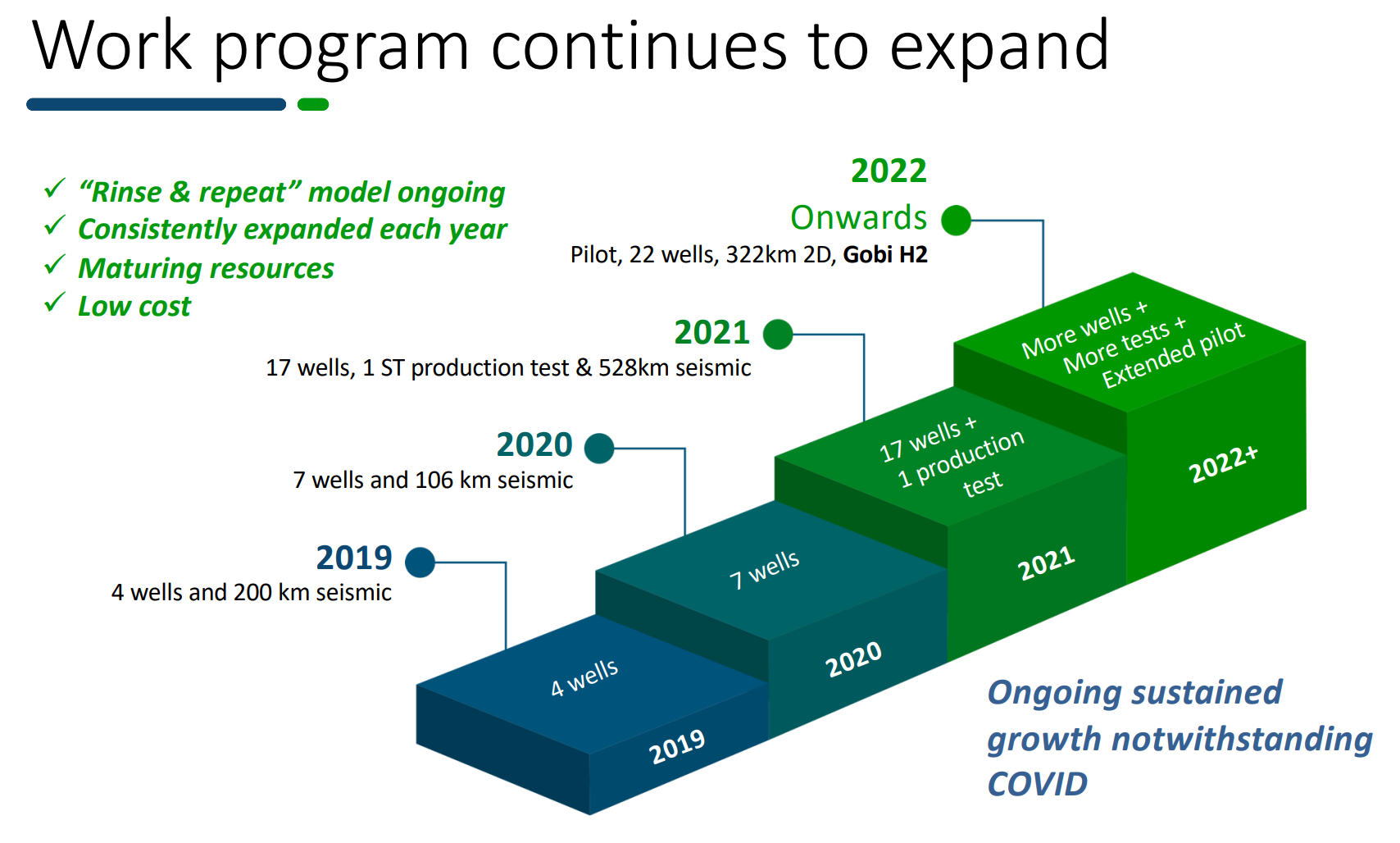 An infographic outlining the company's successes at Nomgon so far

The MOU prescribes a two year framework for the two players to assess synergies between the Nomgon IX CBM project and SoftBank’s 50MW wind asset.

SoftBank operates Tsetsii through a JV; the Korean player notes alongside Elixir both companies have been collecting renewables data in the region.

Long hours of sunlight and favourable wind conditions support the concept of a renewables-powered green hydrogen facility in the Gobi.

Should the pilot plant go ahead, it will mark SoftBank’s maiden entrance to the green hydrogen market.

A small handful of ASX-listed companies are currently exploring for gas in the Gobi region of Mongolia.

What's going on in the Gobi?

TMK Energy (ASX:TMK) partners with Talon Energy (ASX:TPD) at the Gurvantes XXXV CSG project in the same area. At this time, there is no implication either party has expressed interest.

Elixir notes the MOU does not host any binding spending requirements for capital or operational expenditure.

Elixir will, however, be responsible for the provision of water resources and local stakeholder relations in both community and government.

SoftBank, in turn, is to handle marketing and financing operations, including the search for offtakers of green hydrogen.

Despite good progress, Elixir has not been spared from sell-off season

Elixir Energy was a Market Index client at the time of publishing. All coverage contains factual information only and should not be interpreted as opinion of financial advice.