When, not if: a look at Australian-made Green Hydrogen 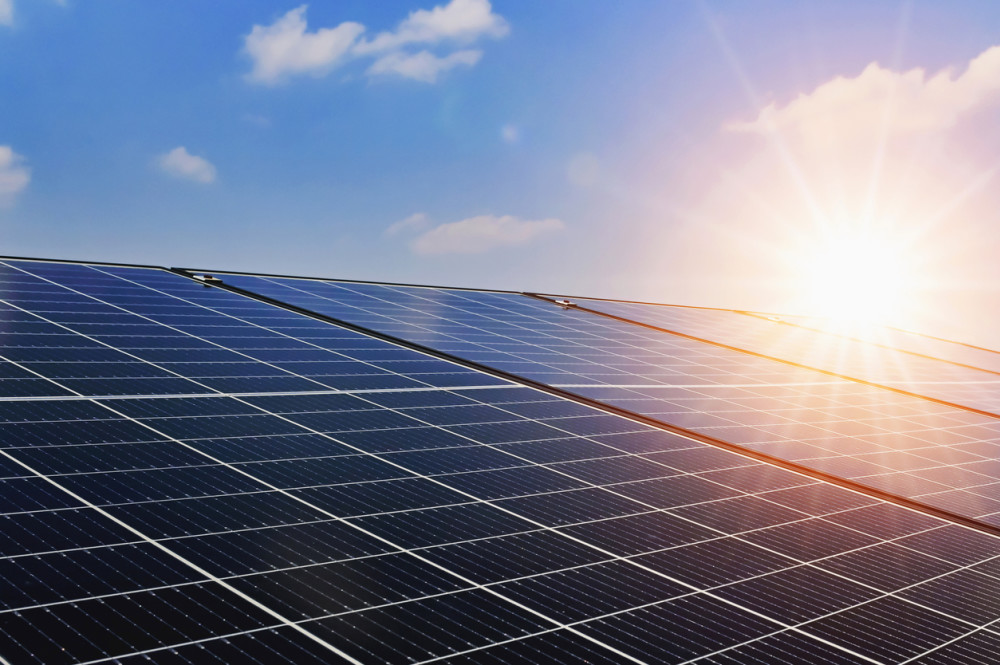 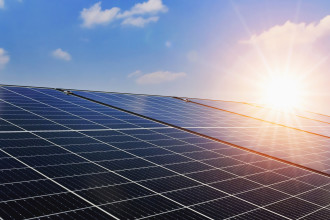 You might have heard a lot about Green Hydrogen, but investors could be forgiven for lacking a solid and absolute understanding of what exactly differentiates ‘Green Hydrogen’ from any other type.

Water is crucial to the production of green hydrogen, with most industrial proponents citing a balance of 9-10L of water to produce 1kg of Hydrogen. 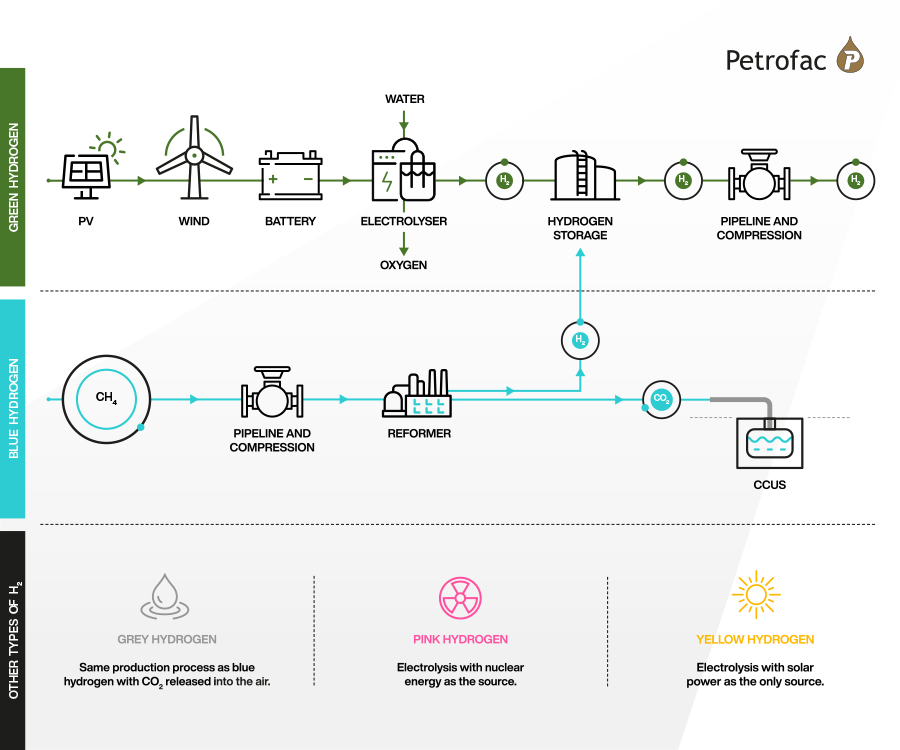 Green Hydrogen as the Holy Grail of decarbonised fuel

The implications of making hydrogen from coal or gas are, without need for over-elaboration, not particularly ideal.

For this reason, renewables-powered green hydrogen is the holy grail of hydrogen manufacture and production.

For hydrogen to retain its credibility as a meaningful solution to the decarbonisation problem, green hydrogen must become the standard to which all players strive.

At the Federal level, green hydrogen has become a staple element of Canberra’s decarbonisation initiatives, with Energy Minister Angus Taylor spending no brief part of 2021 announcing a number of initiatives targeting hydrogen production, storage, and marketing both inside Australia and overseas.

Further, every single state and territory inside Australia is currently funding hydrogen projects and initiatives as we approach the halfway point of 2022.

WA is currently working toward establishing a hydrogen target, which could create a major customer almost immediately. In November last year, the McGowan government committed $117m to develop two hydrogen hub developments in WA; and also teamed up with players in Germany to bring hydrogen capability to WA shores. 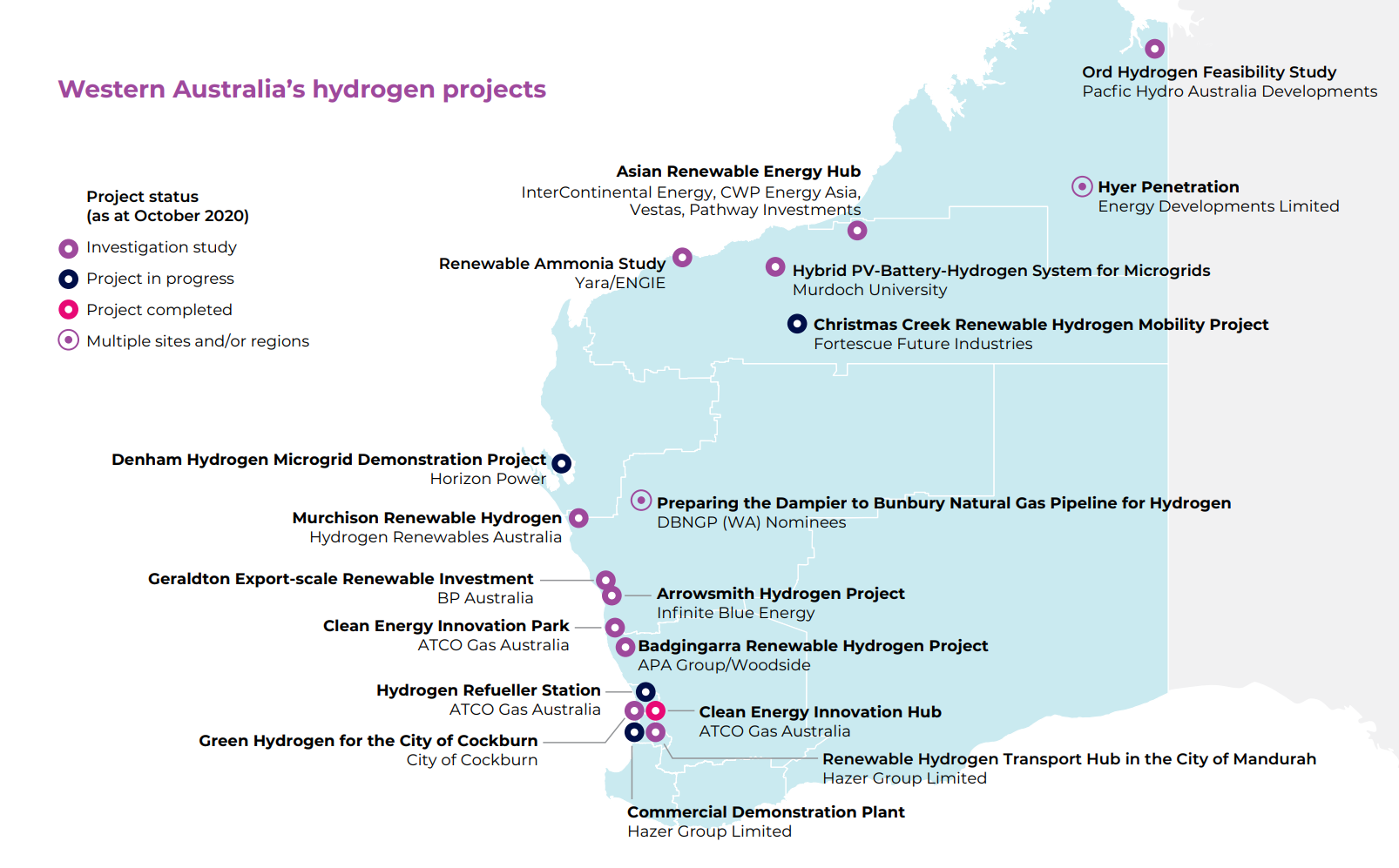 Meanwhile, the Northern Territory is currently supporting the Desert Bloom project, which will create Hydrogen using moisture from the air, allowing it to be marketed as ‘green.’

On the eastern coast the world’s first hydrogen transport vessel, named the Susio Frontier, is now running regular shipments from Victoria to Japan with liquefied hydrogen gas on board (the catch, however, is that the hydrogen it ships is made from coal in the LaTrobe Valley.)

And, through FFI, Andrew Forrest spent most of 2021 travelling all over the world and minting Memorandums of Understanding with just about everyone, from the Australian government, to the Sultanate of Oman.

Who are the big players?

Of interest to investors of late has been FFI’s decision to try and crack green hydrogen fuel for aviation, one of the largest sources of greenhouse gas emissions from the transport sector broadly.

FFI is followed by Woodside as the second foremost leading private player developing domestic hydrogen manufacturing capacity, and Woodside has its own Green Hydrogen plans, though, compared to FFI, the southern hemisphere’s largest energy supermajor (after Petrobras) has made less noise about the product class overall.

Woodside has two hydrogen production plans in WA and Tasmania, aptly named H2Perth and H2Tas respectively. It has also committed US$5bn in investment into clean technologies before 2030, and has already invested over $40m into a project with Monash University ultimately seeking to optimise capacity to manufacture green hydrogen.

In reality, though, Woodside's first produced hydrogen will be blue hydrogen—a less desirable manufacturing process from an emissions intensity point of view. The marketing of hydrogen technology by oil and gas majors as a clean fuel, despite not actually satisfying the definition of Green Hydrogen, has led Andrew Forrest to accuse other oil and gas majors of "greenwashing."

The catch is, neither FMG (as a proxy for FFI), nor Woodside, offer investors a chance to invest directly in a pure-play hydrogen company. 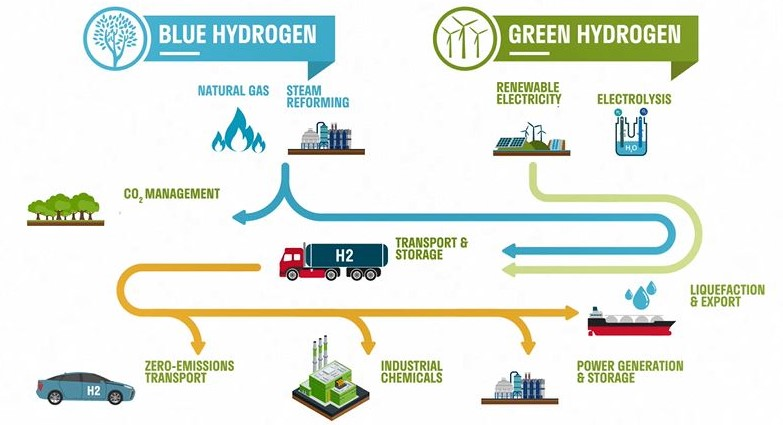 BP, too, is eyeing WA hydrogen opportunities, with the supermajor recently announcing it is to sign on with the Asia Renewable Hub (AREH) project, at 26GW capacity, one of the largest Green Hydrogen manufacturing schemes in the world.

An earlier version of AREH was knocked back by the WA government a number of years ago, but revised plans for the massive project were ultimately greenlit and now backed by WA hydrogen minister Alannah MacTiernan. BP is looking to take a stake of some 30% in the project.

It’s worth noting that even the AREH project is dwarfed by the larger still 50GW Western Green Energy Hub project planned for build-out near Esperance.

BP, of course, is not listed on the ASX.

Smaller players exist, but none producing their own in short-term

Perhaps the most well-known small cap on the ASX dabbling in hydrogen is Pure Hydrogen (ASX:PH2), which ultimately seeks to ramp up the usage of hydrogen fuel cell electric vehicles in local government and civil industry vehicle fleets.

Pure Hydrogen is currently seeking to set up a number of waste collection circuits in a handful of states powered by FCEV rubbish trucks.

Port Anthony Renewables has plans to produce hydrogen from biomass, but this will see hydrogen made from waste woodchips, an obvious flaw in an appeal to green conscious investors.

Hazer Group (ASX:HZR), located in Kwinana, WA, has its own plans to produce hydrogen (and graphite, at the same time,) but its projects have been hit with bad luck in recent times. Parts it ordered from China for a demonstration plant last year were found to be defective, pushing operations back.

And, even if successful, Hazer’s demonstration plant is exactly that: a test run. 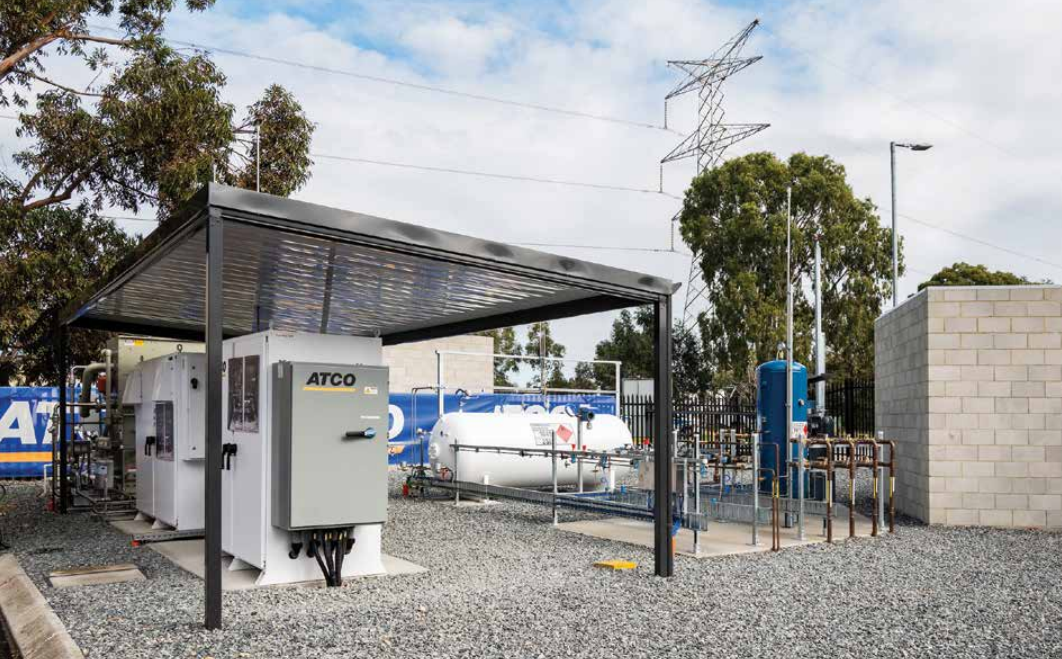 And in waltzed Frontier Energy

Following Frontier Energy's (ASX:FHE) acquisition of the Bristol Springs Solar Farm in Western Australia some 120km south of Perth, the company has unveiled its plans to produce green hydrogen from this power source.

Pivoting entirely toward green hydrogen, Frontier Energy intends to offer Australian investors at all levels of sophistication a chance to invest directly in Green Hydrogen.

Unlike larger players which are targeting multi-billion dollar developments – which can be achieved given the strength of their respective balance sheets – Frontier is taking a staged approach to development, and leveraging the existing infrastructure (existing water sources, connection to the power network [SWIS] and multiple ports for export), that both reduce the cost and time to first green hydrogen production.

Bristol Springs development to start in 2023

Upon completion, the Stage One capacity of 114MW will be enough to power the equivalent of some 45,000 WA homes. Importantly, by developing Stage One, this will allow for the Company to produce early cashflow from the project through selling this renewable power to industrial proponents, prior to stepping into the hydrogen sector. 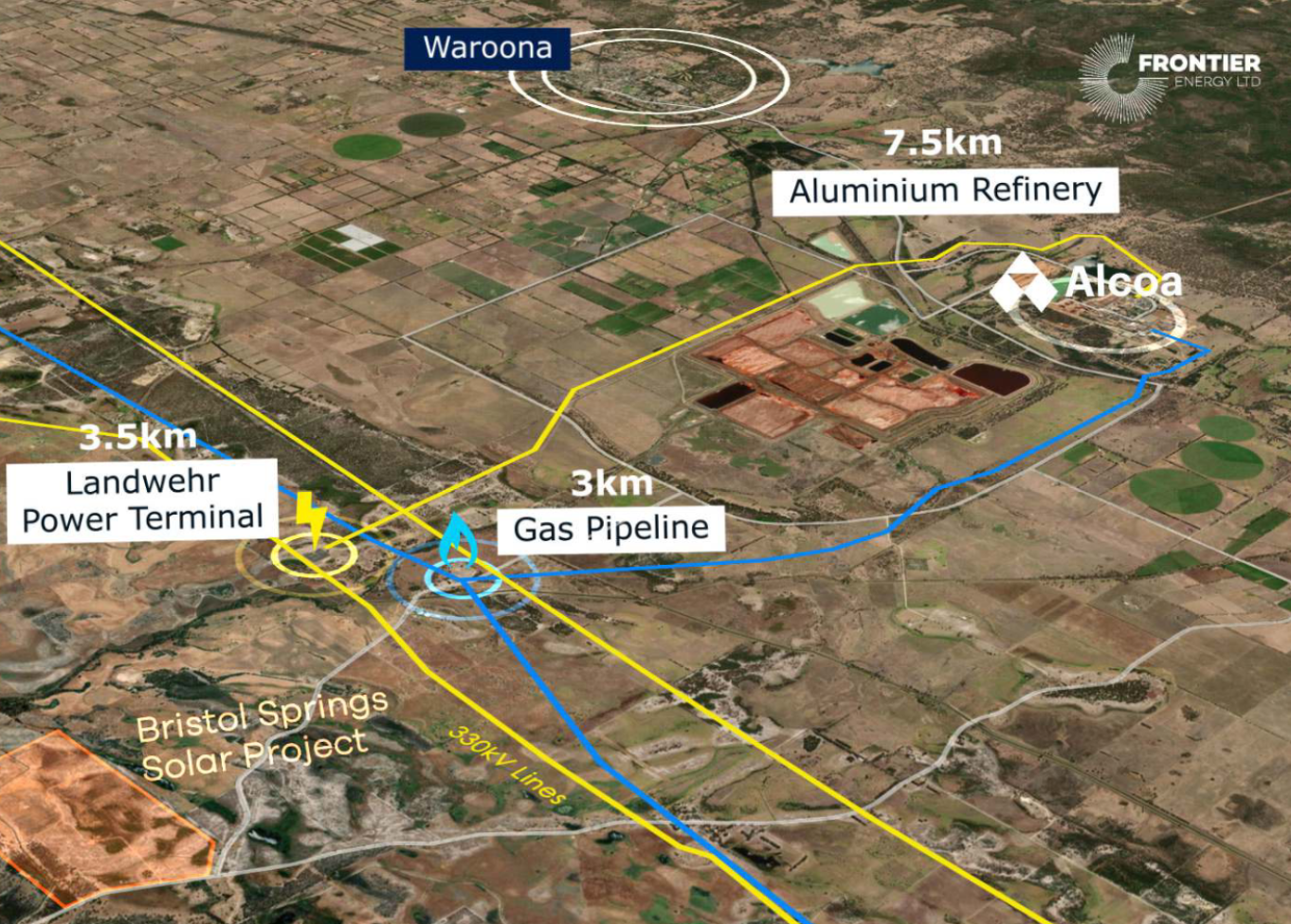 As part of the initial development, Frontier is close to completing a Renewable Energy Expansion Study and Green Hydrogen Study within the next couple of months by mid-2022.

Both studies are essential for investors as it should outline the long-term strategy to build critical mass in the renewable energy sector to then leverage into green hydrogen production.

Vertical Integration for the hydrogen industry

Market Index is hosting its first live webinar with Mike Young, Managing Director of Frontier Energy (ASX: FHE), to talk about the state of the Green Hydrogen sector.

Free to register and join online from anywhere in the world.

DISCLAIMER: Market Index helps small-cap ASX listed companies connect with Australian investors through clear and concise articles on key developments. Frontier Energy Ltd was a client at the time of publishing. All coverage contains factual information only and should not be interpreted as an opinion or financial advice. Consider consulting a qualified financial adviser before making an investment decision.