Coal prices rally past US$400: Dirt cheap valuations that no one cares about

Newcastle thermal coal futures rallied past US$400 a tonne, with flooding in parts of NSW further exacerbating tight supply side conditions. 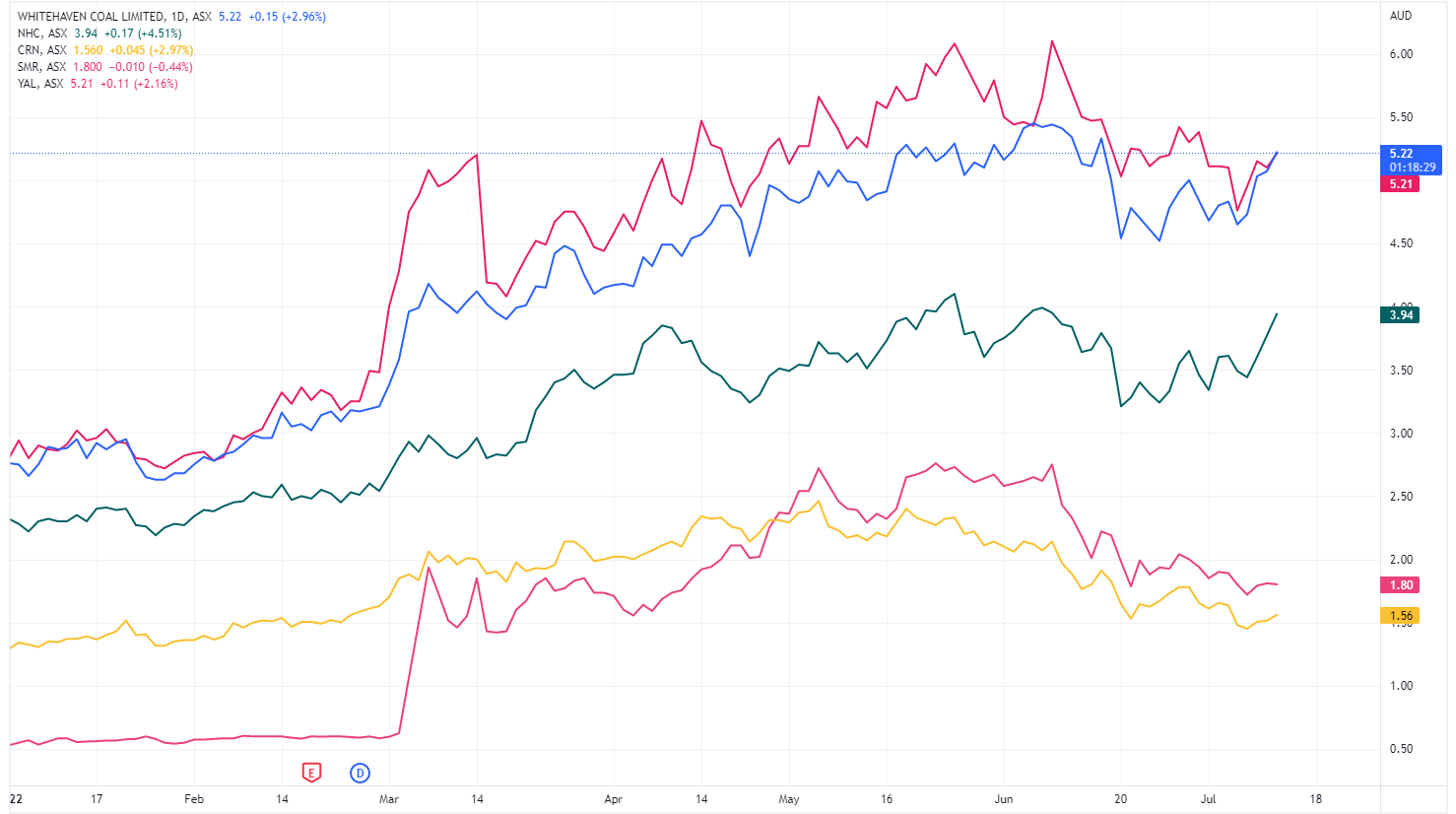 The key rail line that connects coal miners to the Port of Newcastle - the world’s biggest coal export port -  was shut last Tuesday, and will remain closed until further assessment, according to Argus Media.

Affected miners include Yancoal’s (ASX: YAL) Moolarben mine and the four Whitehaven owned mines in the Gunnedah Basin.

Dirt cheap valuations that no one cares about

Coal is one of few commodities left standing after the recent recession-inspired selloff. 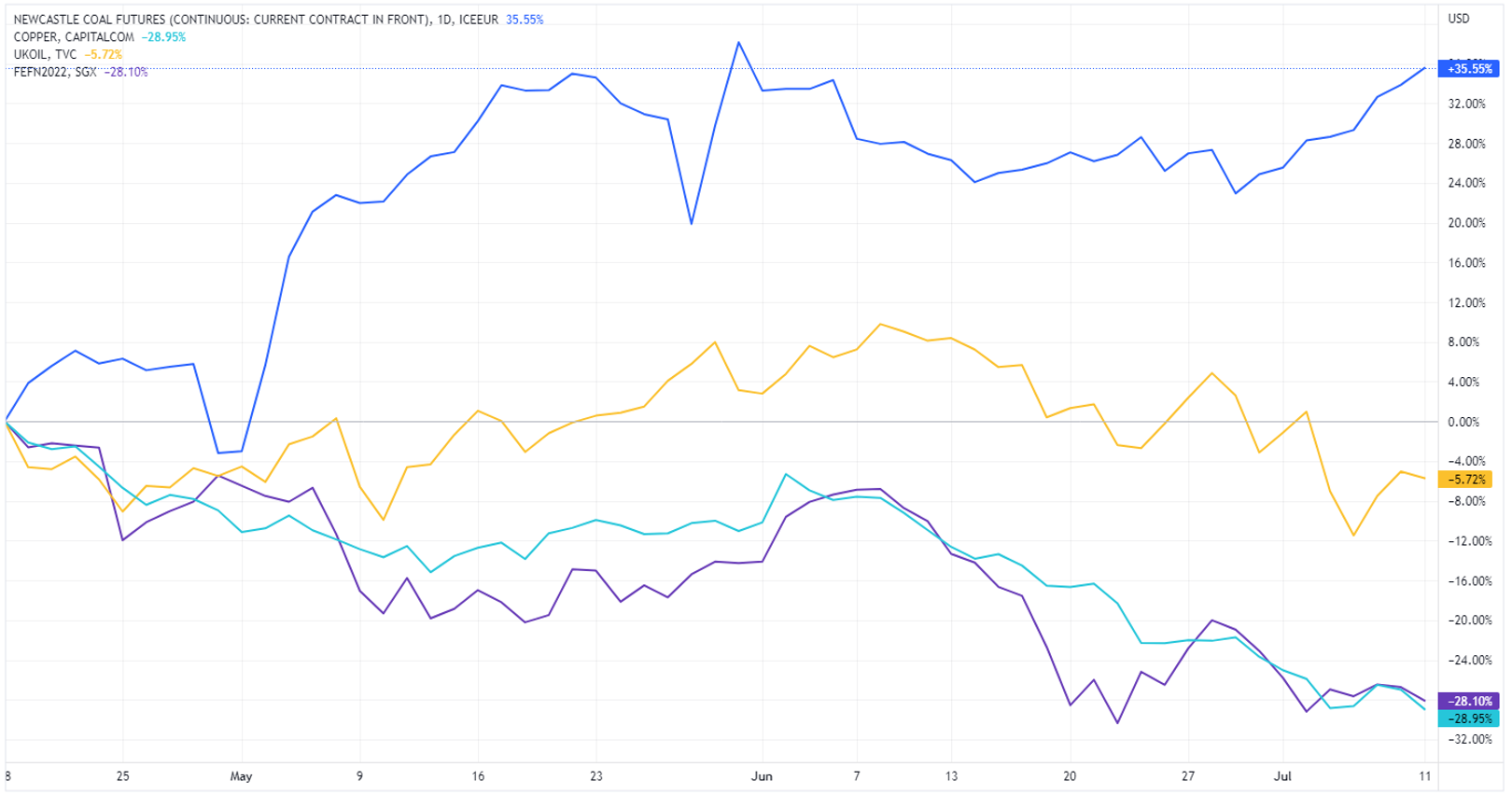 A player like Whitehaven achieved average coal prices of A$202 a tonne at margins of 55% in the first-half of FY22.

It wouldn't be surprising to see industry wide headwinds such as weather, labour shortages and cost inflation impact second-half performance, but its difficult to argue that such factors will outweigh the benefit of surging coal prices.

Still, coal miners have historically traded at a relative discount to other miners such as iron ore and copper.

It's difficult to say why that's the case, especially when a name like Whitehaven handily generated almost 30% free cashflow in just 9 months, on top of structural benefits such as European countries returning to coal for power generation.

Perhaps the market and funds are just averse to 'dirty' coal.

New Hope reported $913m in earnings for the 9 months ended April 2022, almost a third of its current $3bn market cap.

Earnings aside, the April quarter was deemed a "challenging" one due to unseasonal rainfall and covid-related staffing issues.

The operational shortcomings outweighed the earnings result, with New Hope shares down -7.8% on the day of the announcement.

It will be interesting to see which narrative - potential operational headwinds or earnings power - triumphs as we head into August reporting season.