Qantas buys more planes and expects to be profitable in FY23

Qantas (ASX: QAN) has managed to open 4.6% higher amid a sea of red for the broader market.

The company said it expects to return to profitability in FY23 as travel rebounds ahead of expectations.

Getting back on track

“The recovery in business traffic has been faster than we expected. Once mask mandates were removed and people went back to the office, there was a clear uptick in demand. We’re now at around 85 percent of pre-Covid levels for domestic corporate travel and more than 100 per cent for small business,”

Bookings for international locations including London, Los Angeles, South Africa and Bali were all above pre-covid levels and Jetstar had restarted more than 60% of its international routes.

In the context of financials, Qantas said it expects to post a “significant” loss in FY22 due to Delta and Omicron impacts, and one-off restart costs. Though, the business expects to finish the second-half strongly, with earnings between $450-550m based on current expectations.

“This trajectory supports the Group returning to profitability in FY23,” said this mornings media release.

Higher fuel prices: Not a problem

Encouragingly, Qantas said that the Group’s hedging position has “provided significant protection from the recent spike in oil prices”.

“Ninety per cent of the Group’s fuel needs are hedged for the second half of FY22 at levels below current prices.”

In another massive vote of confidence, Qantas announced a major aircraft order to meet strong demand for domestic and international travel.

The return to pre-covid narrative has been well received by the market, especially during such a turbulent day for the broader market.

Qantas has had a pretty solid run, up almost 15% since mid-April.

Travel stocks have been bolstered by an upbeat US earnings season where airlines like American, Delta, United and Southwest all reported strong earnings amid less covid restrictions and a rebound in travel demand.

Qantas has reversed some of its morning gains as it rallies into the $5.80 - $5.90 area of resistance. Qantas has struggled to push through this area of several occasions. 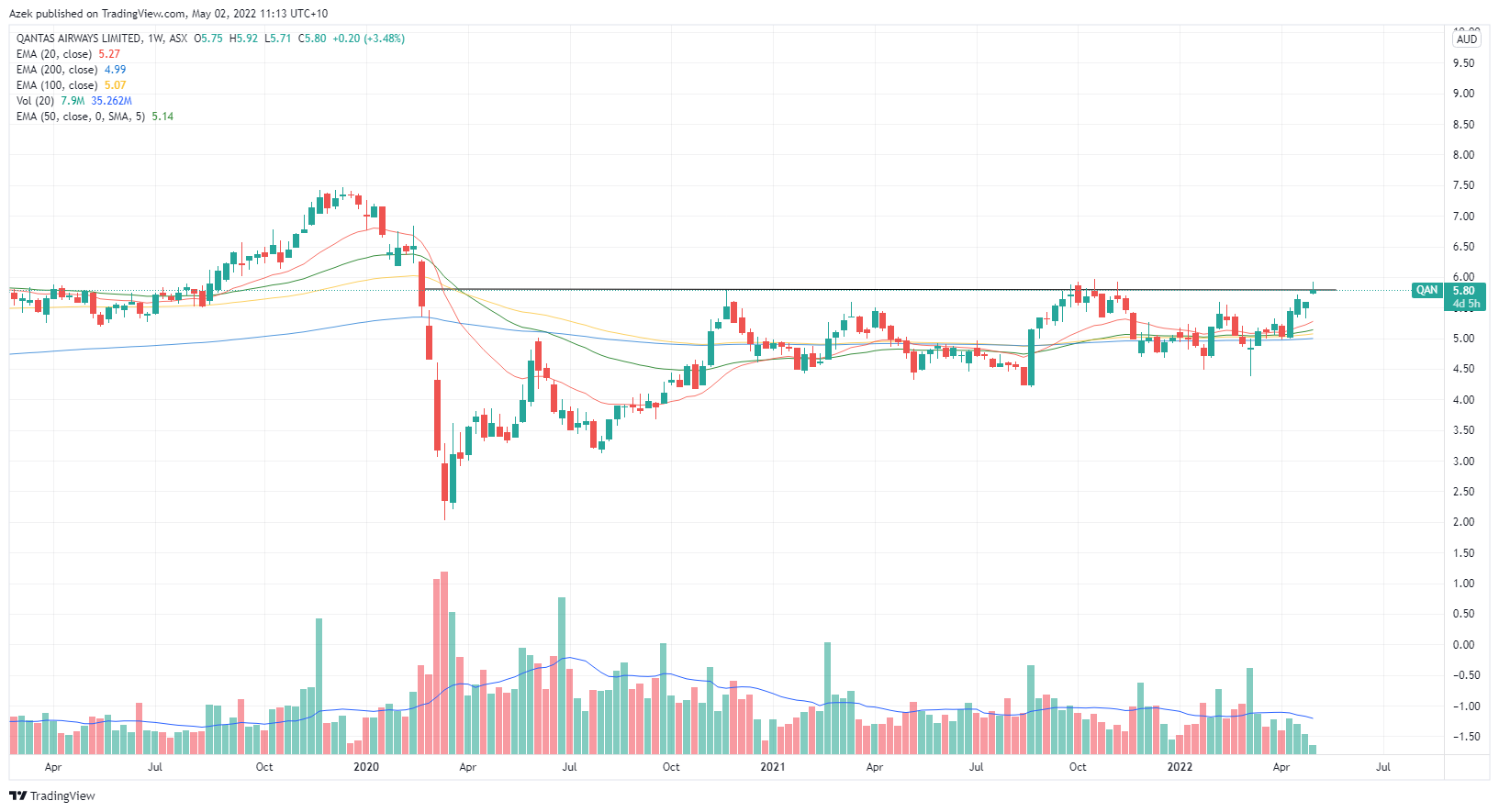