A V-shaped rebound for oil

Oil prices are headed back towards US$120 a barrel as Russia-Ukraine developments helped prop up prices. 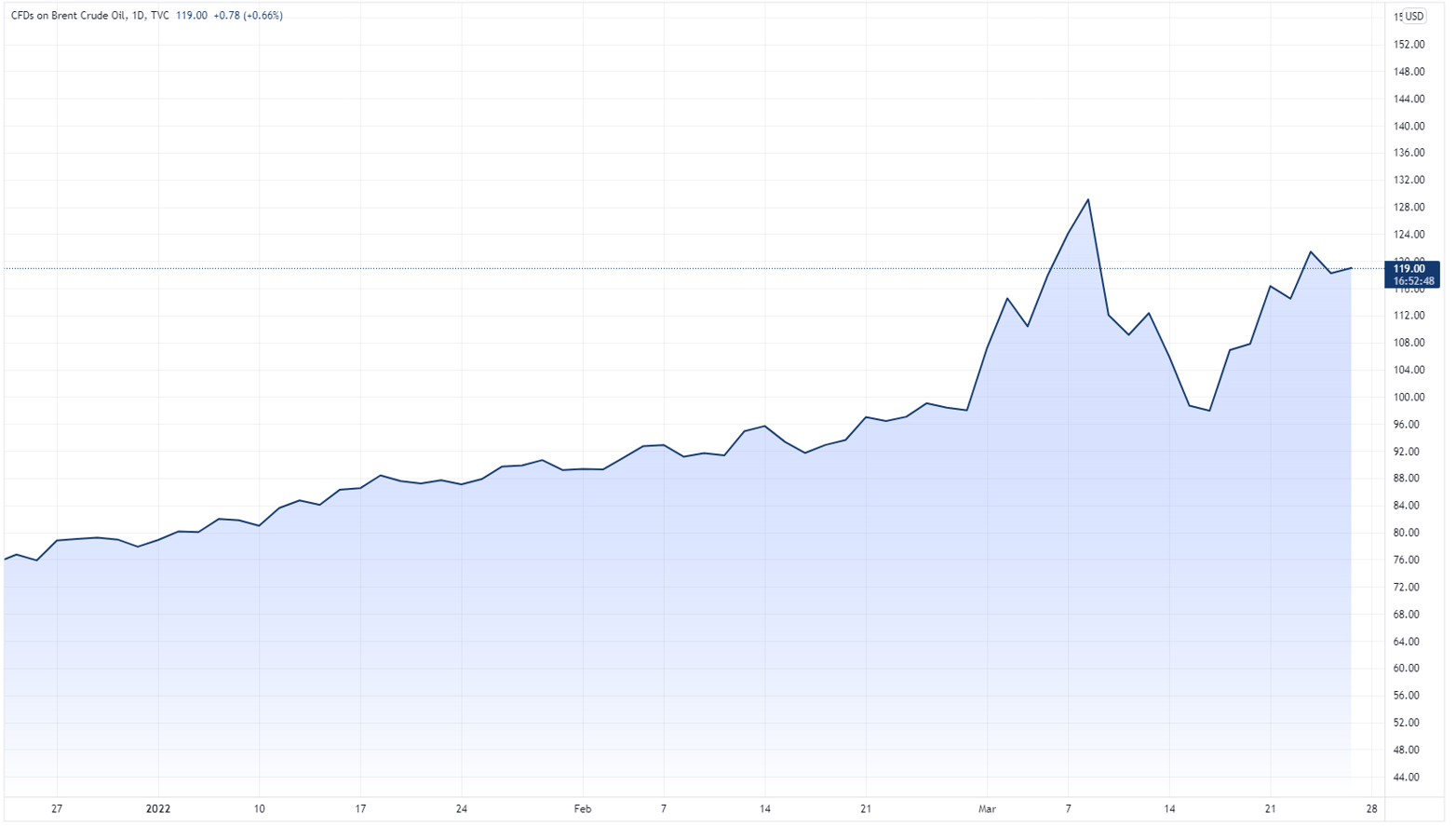 Goldman Sachs forecasts oil prices to be around US$135 a barrel in the second quarter as the market battles the significant supply shock from Russia. Though, the investment bank told investors to watch out for volatility.

Lithium is the gift that keeps on giving, with lithium spodumene, carbonate and hydroxide prices up more than 100% year-to-date. 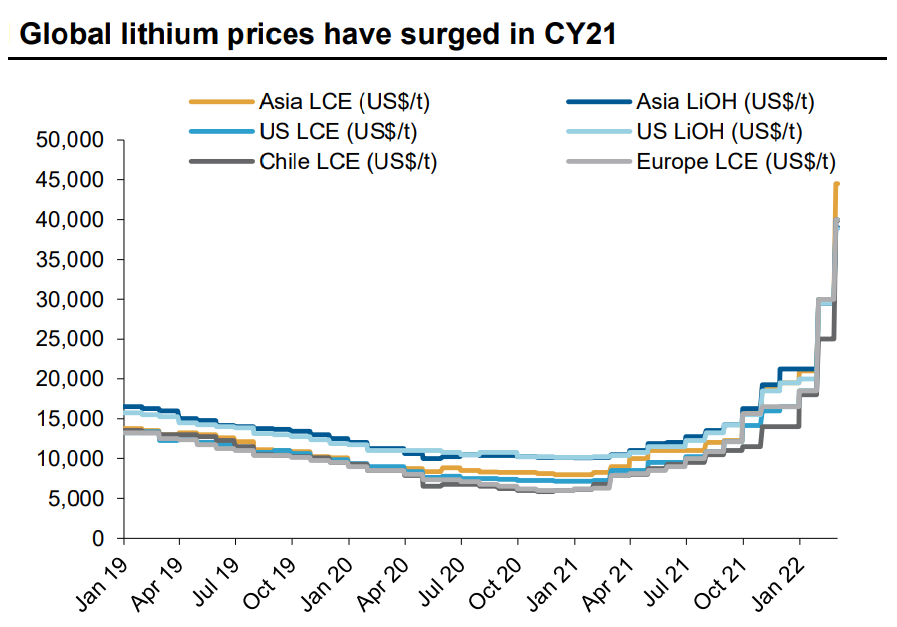 As lithium prices continue to rocket, could this actually come back around to bite the industry?

Last week, Tesla raised its prices in China and the US for the second time in less than a week, according to Reuters.

On Tuesday, Tesla raised the prices of all its models in the US by 5-10% and a few China-made models by around 5%.

Australia cut off alumina and bauxite supplies to Russia on Tuesday, driving a 4.1% price spike to US$3,520 a tonne.

In 2020, Australia was the world’s largest bauxite producing nation and second for alumina.

Adding further supply tightness was German aluminium maker Trimet, which will cut production at its main factory by half over the next few weeks due to the surging cost of energy prices.

South 32 (ASX: S32) has closed the week 6% higher after a sharp correction earlier this month.

While the unloved Alumina (ASX: AWC) continues to grind sideways. "The demand for aluminium has soared globally while there is a supply deficit that may keep supporting aluminium prices in the near-to medium-term," said Kunal Sawhney, CEO at Kalkine, Reuters reported.