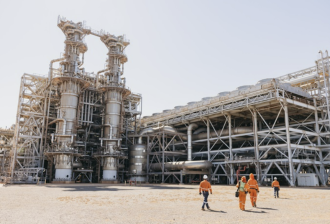 While this result was far from unexpected, the market is now looking for greater clarity on a number of fronts, none the least of these being the development of its giant Browse gas field off WA plans in the face of significant resistance.

Overall, a non-binding vote on the company’s climate report received a 48.9% protest vote against it. Unsurprisingly, in light of this vote management fielded over 100 questions centred on or around the issues of carbon emissions, corporate governance or its social licence to operate.

Much of the questioning was around plans to protect sacred sites at its US $16.5bn Scarborough offshore gas project in WA, and the Pluto 2 train that will process this gas.

“I don’t think the views of the protesters outside the meeting today and ours are that different. We all want a lower carbon world, and we want to deal with climate change. The only debate is how best we do that.’’

While resistance from environmentalists has always been a present reality for Woodside, what has clearly irked management was the was the high ’no’ shareholder vote against the climate report 2021, which the company maintains is an accurate and transparent summary of its approach to climate change.

While shareholders unceremoniously reminded management of the enormous energy transition challenge confronting the oil and gas giant, Goyder defended the company’s approach to reducing net equity scope 1 and 2 greenhouse gas emissions; and investing in the products and services customers need, as they reduce their emissions.

Woodside CEO Meg O’Neill also stepped into the melee by reminding the market of the company’s plans to invest $5bn between now and 2030 in lower-carbon products and services to support the decarbonisation journeys of customers.

With the BHP petroleum merger now complete, June 1 will see BHP shareholders receive one new share for each 5.534 BHP shares — with the merged entity reflecting 52% Woodside and 48% BHP on a shareholder basis.

BHP will be distributing the shares as a “special dividend”, with US$10bn worth of franking credits being attach to the share issue.

The merged entity, now operating under the moniker, Woodside Energy Group is guiding to US$12bn in revenue per year, US$5bn in pre-tax earnings.

Annual synergies resulting from the merger are expected to be around US$400m.

Unsurprisingly, the Australasian Centre for Corporate Responsibility seized on the disparity between the resistance against the climate plan and overwhelming support for BHP merger as signalling a disturbing conflict of interest.

With the scale and balance sheet strength to navigate the energy transition, impatient shareholders will clearly want to see greater evidence of Woodside’s ability to deliver on what many see as 'airy-fairy' climate promises.

Without putting too fine a point on it, the main beef from dissenting shareholders is that Woodside’s pursuit of Scarborough simply doesn’t align with underlying support of the Paris Agreement target and its bid to be net zero by 2050.

Interestingly, Woodside doesn’t see itself being at odds with the International Energy Agency’s (IEA) call for no new coal, oil or gas projects, if the world is to achieve net zero by 2050.

Instead, Woodside argues that its commodities will be an important part of the global energy mix for decades, especially given that the IEA by its own admission claims that in 2050, half the amount of gas used now will still be needed.

Has Ukraine war changed the dynamics?

Woodside also argues that in face of the global energy security challenges thrown up by Ukraine war, receiving gas from a transparent, heavily regulated, environmentally responsible Australian producer, is a better alternative to receiving supply from Russian.

Ironically, war in Ukraine has brought unforeseen fortune for Woodside, with higher prices adding much greater financial strength to the merged entity, well beyond what was envisaged when the merger was announced last August.

The $64,000 question is whether this opportunism compromises the company's social licence to operate?

Running for the exit

The new Woodside shares are scheduled to trade from June 2, and there’s growing speculation that many BHP shareholders (big and small) who neither asked for nor want to own Woodside share, may quickly run for the exit.

There’s also some concern that blind selling by institutional shareholders, may put further downward pressure on the Woodside share price.

Over 254,000 small parcel holders have until May 24 to tip into the sale facility.

Given the market’s current volatility, investors should watch closely the trading activity in Woodside over the next two weeks, and especially the prospect of big block trades. 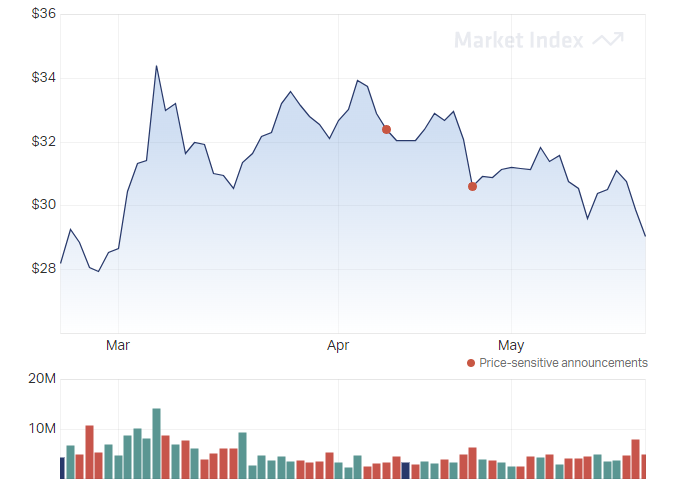 Consensus on Woodside is Moderate Buy.

Based on Morningstar’s fair value of $34.61, the stock appears to be undervalued.

Based in the brokers that cover Woodside (as reported on by FN Arena), the stock is currently trading with 9.7% upside to the target price of $31.90.