The licenses cover 325km2 of area, which Vulcan considers to be prospective for deep geothermal and lithium brine. This will grow the company’s granted license area by almost 50% to over 1,000km2. 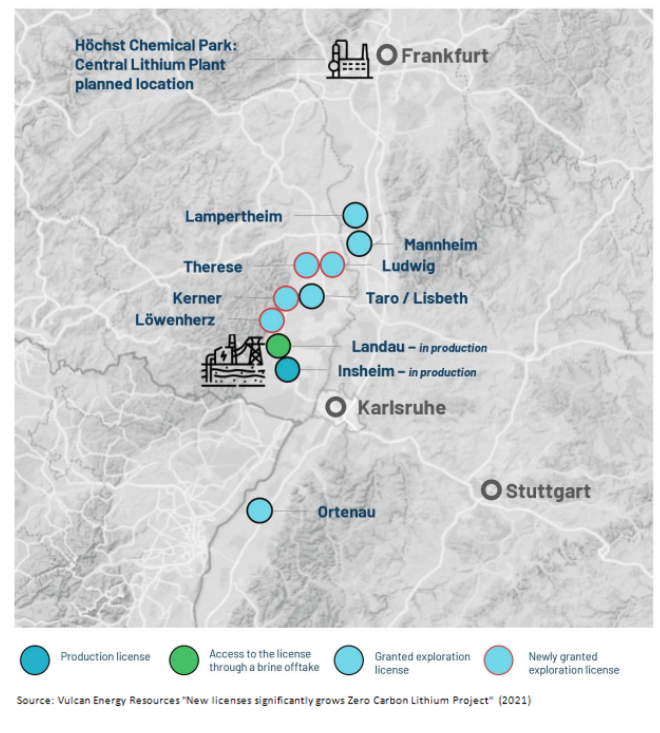 “The new exploration licenses are consistent with our strategy to leverage the unique experience of our inhouse team, notably the geological expertise of our in-house geothermal engineering and geology company GeoT, to identify areas which have potential for combined geothermal renewable energy and lithium developments in the Upper Rhine Valley.”

Definitive Feasibility Study on the horizon

Vulcan is targeting the completion of its Phase 1 Definitive Feasibility Study (DFS) in the second half of 2022. This will cover the first five to six years of planned operations.

Phase 1 includes the construction of two geothermal plants to generate 22 mega watts of electricity and a central lithium plant to produce 15,000t of lithium hydroxide.

That said, the granted license area is deemed ‘prospective’ for geothermal and lithium resources. Further exploration activities will be required to determine its actual resources.

Given its prospective nature, the new areas are unlikely to be within the scope of its Phase 1 DFS.

A breakout day for lithium stocks

Vulcan shares are up 5.0% in an immensely bullish day for lithium stocks.

Large cap Pilbara Minerals (ASX: PLS) and Allkem (ASX: AKE) are up 8.1% and 7.1% respectively, both rallying to fresh all-time highs.

Vulcan shares have underperformed its lithium peers as of late, weighed by a short attack from J Capital on 29 October. 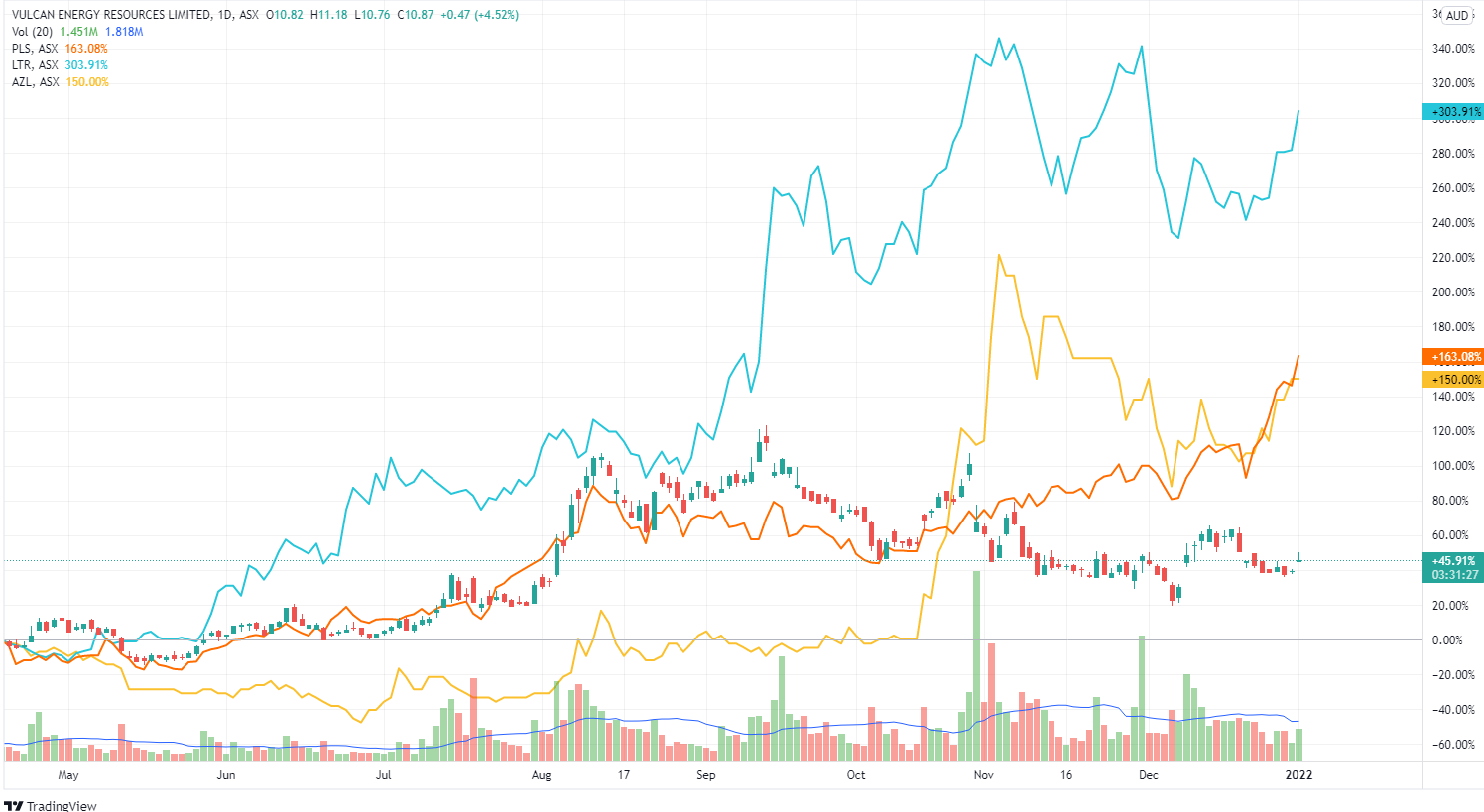 On 15 December 2021, Vulcan received a settlement and an apology in its proceedings against J Capital.

Despite Vulcan's recent underperformance, Canaccord Genuity remains bullish on the stock with a speculative buy rating and $21.00 target price.

The broker viewed its $31.5m euro acquisition of the Insheim Geothermal Plant as a significant derisking event to accelerate its renewable electricity business.

"We had previously forecasted first production in 2025, reaching its full 40ktpa production rate in 2028 and this now may prove to be conservative. Vulcan has signed offtake agreements which if delivered at the top end of estimates would exceed 40ktpa," said Canaccord in its note.