The S&P/ASX 200 Energy Index is down -2.6% in mid-afternoon trades on Friday after a rough week for Australian (and world) markets.

The big takeaway: weekly performance for the ASX Energy Index is down -10.63%. 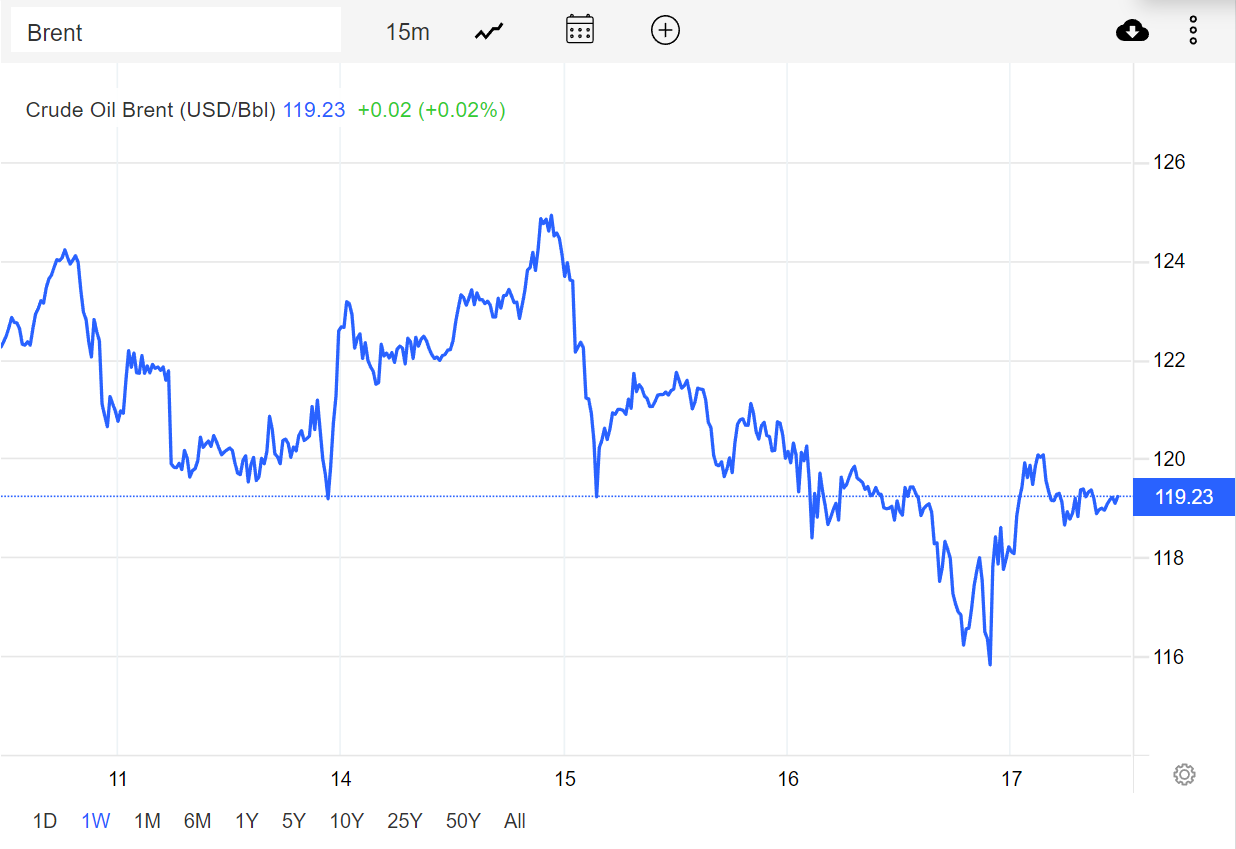 A look at the one-week chart for Brent Crude (TradingEconomics)

Intense-sell offs driven by US inflation defined world markets this week and culminated in the Brent Crude price receding to $117/bbl from the $120/bbl range.

As of Friday afternoon, Brent is just above $119/bbl.

Not helping the situation (for bullish oil traders) was this week’s Fed interest rate rise, and another from the Bank of England.

The IEA this week noted China’s oil imports are expected to fall as a result, though the agency expects China to lead an uptick in demand through 2023.

That demand will help push global demand for oil through next year to record highs of 101.6m barrels per day. OPEC expects this to equal a rise of 2mbpd—1mbpd less than forecasted in 2022.

US gas prices fell in turn this week along with everything else, but ongoing sanctions on Russia and the unplanned shutdown of the Texas LNG Freeport facility are rejuvenating bullish sentiment.

And don’t forget the offshore Gulf of Mexico is going into hurricane season with the US NOAA forecasting a worse season than last year, when Hurricane Ida knocked around world energy markets.

As usual, Baker Hughes will release its oil rig count for the US on Saturday.

On Monday, the RBA’s Lowe will deliver a speech in Australia which will be closely watched by investors in the region.

On Tuesday, Lowe is set to deliver another speech preceding the RBA’s latest meeting minutes.

On Wednesday, the UK will release its latest inflation figures.

Also on Wednesday, South Africa and Canada will do the same, while the EU will release June consumer confidence data.

Woodside Petroleum (ASX:WDS) is down -1.65% heading into the last hour of trade.

Santos Limited (ASX:STO) is down -3.18% as the same trends hit the Australian heavyweight.

Three month performance for the XEJ compared to the ASX200 (XJO)