Empire Energy (ASX:EEG) is hoping to be the next big thing in the prolific Beetaloo Basin with the company’s Carpentaria-2H well fracture stimulation operations proceeding today.

Located in the Beetaloo sub-basin and 100% owned by Empire, the well has already seen its first 25 planned stages successfully pumped within the Velkerri B shale geology on-site.

Today, those waterjets will begin doing their thing, with the actual “fracking” now underway.

Despite an undesirable reputation, fracking technology has increased in recent years with risk mitigation increasing in efficacy.

Only in densely populated regions like Texas, where fracking sites may be only hundreds of metres apart for kilometres in any direction, have earthquake warnings been issued.

Empire notes today it is using a specialised blend of fracturing materials downhole Carpentaria-2H so as to both enhance gas flows (after materials are removed) and test which are most effective moving forward.

The company is well-funded for this current fracturing run with a current cash-in-bank count of nearly $44m.

Investors ought to note, however, proceeds of a recently completed share purchase plan will be announced in the coming days.

A rendition of C-H2, giving an idea of what exactly the company is doing underground

Following the completion of flow tests at Carpentaria-2h, Empire will move onto drilling the Carpentaria-4V vertical well in the eastern portion of the company’s Beetaloo basin acreage.

The catch with fracking is that materials pumped underground need to be slowly removed over a matter of weeks, so as to keep the perforations steady and stabilise pressure downhole.

Fracking waste materials will be transported to a lined sump dump on-site, or into tanks, depending on cost and logistics.

Once fracking materials (including sand abrasive liquids, acids and expanding gels) have been removed, companies are able to commence gas flow testing.

What this means: Empire investors will be waiting at least a month or two to hear about final results for Carpentaria-2H.

But with acreage in the prestigious Beetaloo Basin, it’s likely they’re more than happy to wait.

Back in May, Empire’s share price climbed on the back of high US gas prices as NT drilling was set to get underway. With those trends now repeating, Empire Energy operations is sure to be watched. 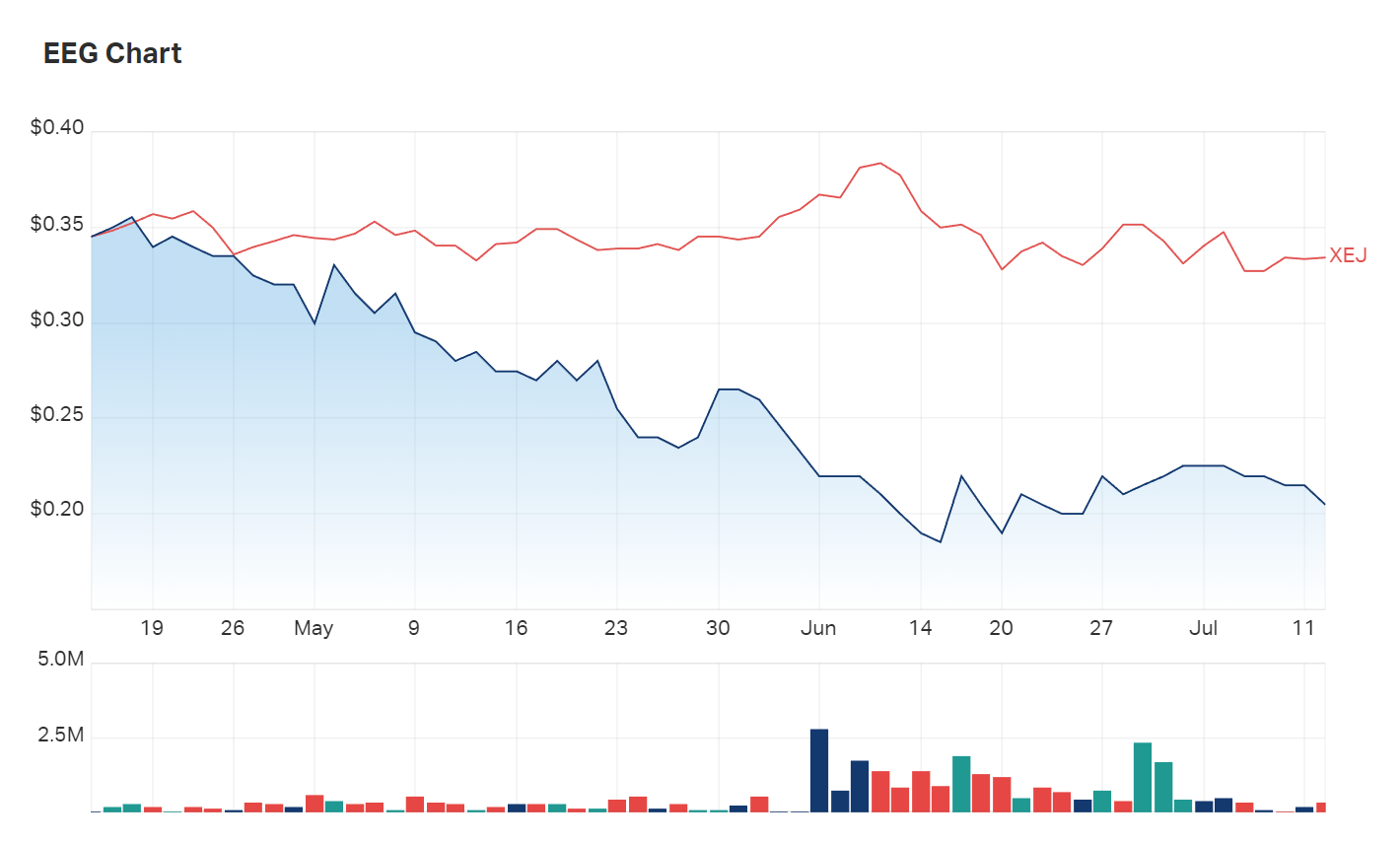 With healthy cash and premium acreage, has Empire been overlooked in the energy rally? (XEJ for comparison)