EML and European client, Correos, Spain's national post office network, will assist in the issuing of 500,000 virtual prepaid cards worth EUR400 ($602.7) each.

Part of a Youth Cultural Bonus tender, card funds – which have a total a currency-adjusted value of $320m - are expected to be spent by eligible 18-year-olds on cultural products and initiatives, including the performing arts, live music, films, libraries and museums.

Management expects the program to contribute to revenues and earnings (EBITDA) in FY23 and form part of the FY23 guidance range once released to market.

“Our business relationship with Correos goes back a long way… We're delighted to continue to build on this partnership with such a significant and important initiative in helping support the arts sector across Spain.”

The Youth Cultural Bonus tender program is expected to utilise a material proportion of the growth cap imposed on EML’s European licence by the Central Bank of Ireland (CBI) which - subject to any CBI decision to removal or amend - remains in place until expiry in December 2022.

Today’s deal builds on similar government stimulus programs supported by EML in the past 12 months, including the GBP10m Jersery stimulus package and the GBP140m Northern Ireland economic stimulus package.

Then there was the emergency funding assistance to governments and international aid organisations in Europe, Australia and the US.

What also clearly added to the fortunes of EML’s share price today was a rebound in the tech sector following strong trading on Wall Street’s NASDAQ index overnight.

One of the most shorted stocks on the ASX, the company also received some underlying support early June after the Australian Ethical Investment (ASX: AEF) flagged it had become a material shareholder in the company following sustained buying activity in May.

While share lending agreements equated to 8.12% of the total issued scrip early June, the emergence of a large institutional buyer on the mid-cap company’s register could signal to short sellers that the stock’s bear run has ended. 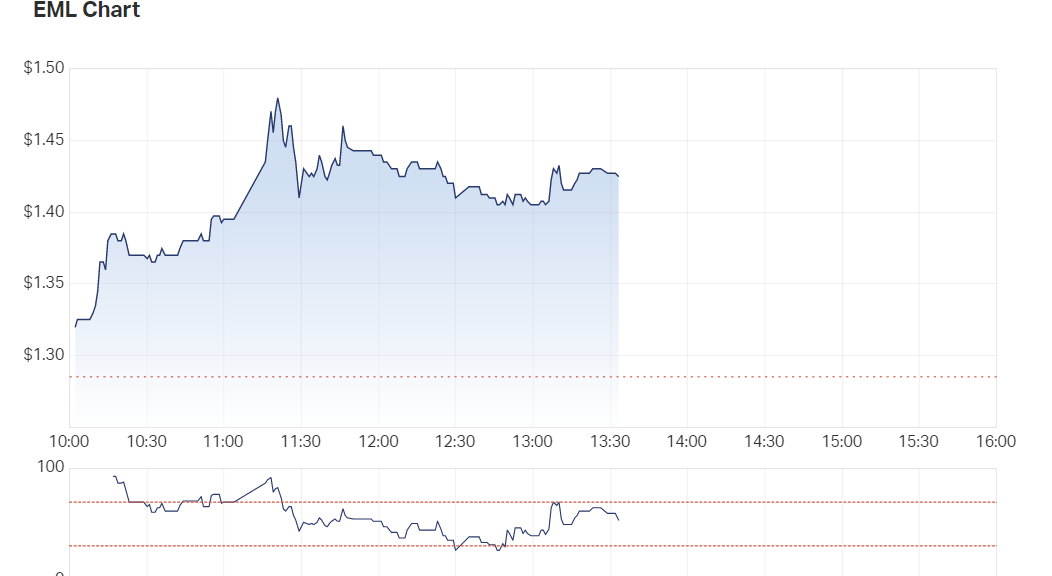 Consensus on EML is Moderate Buy.

Based on Morningstar’s fair value of $3.45 the stock appears to be undervalued.

Based on the three brokers that cover EML (as reported on by FN Arena) the stock is currently trading with 102.8% upside to the target price of $2.90.

Due to lower establishment income - due to a lower risk approach to new programs - adverse currency movements, increased compliance and regulatory costs in Europe; and delays in regulatory approvals for bond investments, the broker lowers its target price to $2.95 from $4.03. (05/05/22).

But with the Central Bank of Ireland challenge possibly hitting the sales pipeline, quality of earnings, cash conversion; and growth, the broker’s target price falls -49% to $2.30 from $4.55.