Lovisa Holdings Ltd (ASX:LOV) revealed the frenzied sales growth witnessed in the six months to December has continued into the second half FY22, as the jewellery retailer pressed ahead with plans to open new physical and digital storefronts and expand into new markets.

The company confirmed total sales for the first 8 weeks of second-half FY22 were 61.7% above the same period in FY21.

The company opened 3 new stores during this period, bringing the total store network to 589.

CEO Victor Herrero said he “would be disappointed” if Lovisa failed to open as many new stores in the second half of FY22 as the 42 it did in the first half.

But he noted costs were mounting in the second half, due mainly to continued global shipping constraints.

The company also declared a 30%-franked interim dividend of 37 cents - up from 20 cents paid in the first half of FY21.

Herrero, who joined the company as CEO late last year, said the result reflected new store rollout and growth in digital sales, as well as management of costs, while constant-currency gross margins remained stable at around 77%.

The company, which spent $13.7m opening new stores last year, had $50m cash on hand and another $50m in untapped debt facilities at the end of December.

Management notes that the company now has a digital storefront for all of the markets it owns stores in, with online sales growing by 36% on the first half of FY21.

Herrero is tight lipped on whether the company will enter the markets of India and China this year. Those two countries represent the lion’s share of global demand for jewellery, with India alone accounting for around a third of consumption.

Lovisa is yet to open a store in either country. 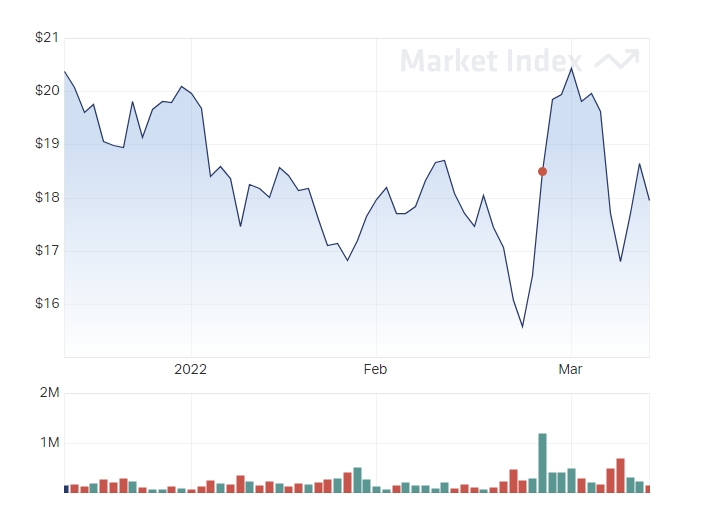 What the brokers say

UBS: Lovisa did well to produce its result given first half freight and logistics cost rises. The start to second half trading is strong. The broker retained its Buy rating with a $1 increase to its target price, to $21.

Macquarie: Growth in store numbers is offsetting higher logistics and other costs. Cost pressures are being well managed. The broker retained its Outperform rating, with a slightly lower target price of $24.90.

Citi: Earnings performance was better than the broker expected, and highlighted the potential for store rollout acceleration and a possible expansion into India and China as reasons for excitement. The broker retained a Buy rating with a 4% higher target price of $21.45.