Shares in Australian Finance Group (ASX: AFG) traded up as much as 4.5% this morning after the mortgage broker reported a 20% jump in net profit after tax (NPAT) for the half year to December, to $30m, broadly in line with some analysts’ forecast.

AFG also declared a fully-franked interim dividend of 7 cents per share, slightly above the 6.7 cents predicted by Morgans brokers.

The first half FY22 profit result was underpinned by sharp increases in revenue across AFG's business lines, with the mortgage repackaging business, AFG Securities, taking the lion’s share of growth, increasing settlements by 192% on the previous period, to $1.3bn.

“Our core pillars of aggregation, distribution, manufacturing, and diversification are delivering positive results for our brokers and our shareholders, and competitive outcomes for consumers,” said AFG CEO David Bailey in a market announcement today.

Bailey named AFG Securities as the “major earnings driver” and noted that the division’s loan book grew 36% over the period, and now comprises about 28% of AFG’s total gross profit. Margins there were also higher, the company said.

In its results presentation, AFG said its outlook for the Australian residential mortgages market was “strong” despite changing economic conditions and the prospect of higher interest rates.

Management noted that January 2022 residential mortgage lodgements were slightly above levels seen in January 2021, and that the share of mortgages originated by brokers had continued to increase nationwide.

Bailey said the company’s strategy to diversify its earnings base was also paying off.

Bailey also highlighted AFG’s recent strategic investments during the half year, including its purchase of Fintelligence last year, and fintech platform BrokerEngine which closed in 2022.

The purchase of Fintelligence is expected to boost AFG's efforts to enter the new asset finance business line.

“These strategic acquisitions position AFG for future growth and optionality,” he said. 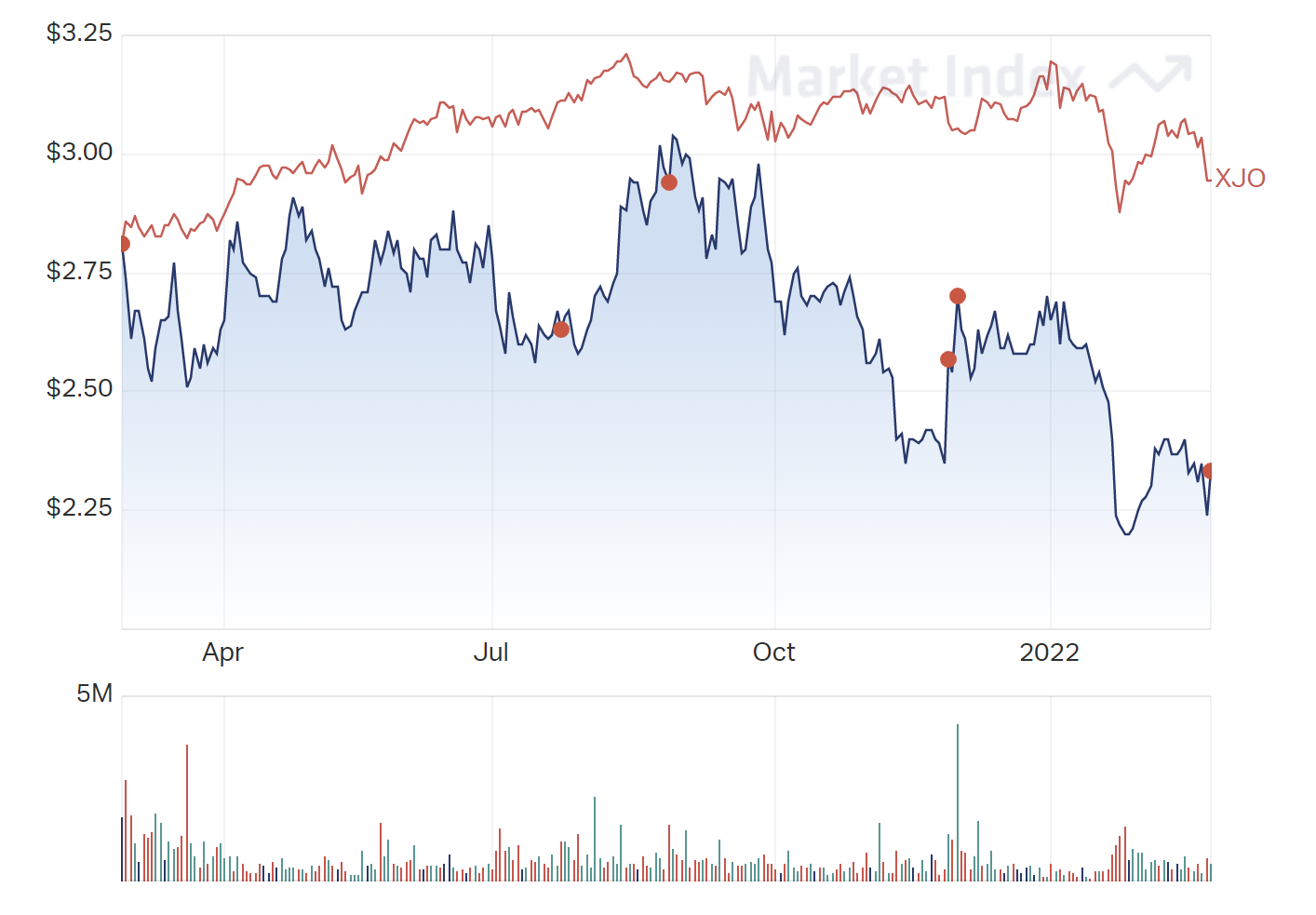 A one year look at AFG's share price movement.