Jim Chanos is one of the world’s most famous short-sellers, best-known for predicting the fall of energy giant Enron Corporation two decades ago, that later filed for bankruptcy in 2001.

Chanos is now betting against legacy data centres as he expects some of their biggest customers to turn into competitors.

“This is our big short right now,” Chanos told the Financial Times, adding that “although the cloud is growing, the cloud is their enemy, not their business. Value is accruing to the cloud companies, not the bricks-and-mortar legacy data centres.”

Chanos believes that the largest tenants of data centres -Amazon Web Services, Google Cloud and Microsoft Azure - will eventually opt to build their own data centres rather than move into existing ones. Also noting that when they do choose to outsource, they typically offer lower returns to development partners.

From a valuation and growth perspective, he said that data centre REITs were overvalued and “in for a period of declining revenue and earnings growth.”

The tale of two data centres

The two ASX-listed names that come to mind for most investors would be NextDC (ASX: NXT) and Megaport (ASX: MP1).

NextDC shares are down -16% year-to-date and -9.8% in the last 12-months, far outperforming the broader tech sector. Its performance is likely buoyed by a seemingly unwavering market darling status and better-than-expected results, including an upgraded guidance for FY22 back in February.

The narrative is the complete opposite for Megaport. The company's stock is down -71% year-to-date, trading around 2-year lows.

Megaport's trading updates on 19 January and 21 April were not well received by the market, as its stock fell a respective -16% and -21% on the day of the updates. 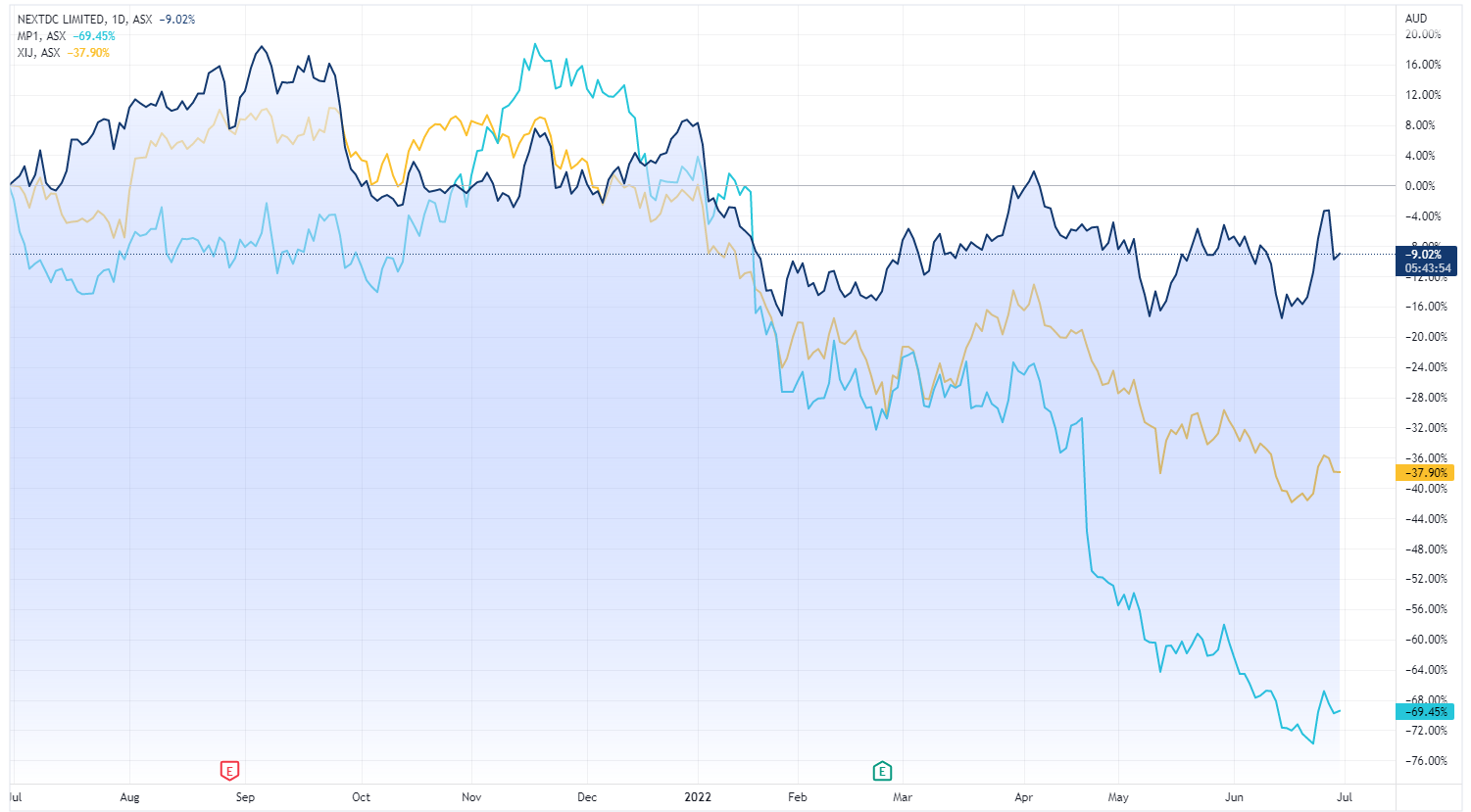