Tamboran Resources (ASX:TBN) has executed a binding memorandum of understanding (MOU) with Jemena to use the latter’s Northern Gas Pipeline (NGP).

Tamboran can now book 100TJ per day of natural gas through the pipeline to the east coast, allowing Tamboran to export gas interstate and beyond via NGP.

How much gas will be sold domestically remains to be seen. The company is intending to sell cheap gas to Japan from its Maverick Development in the NT. 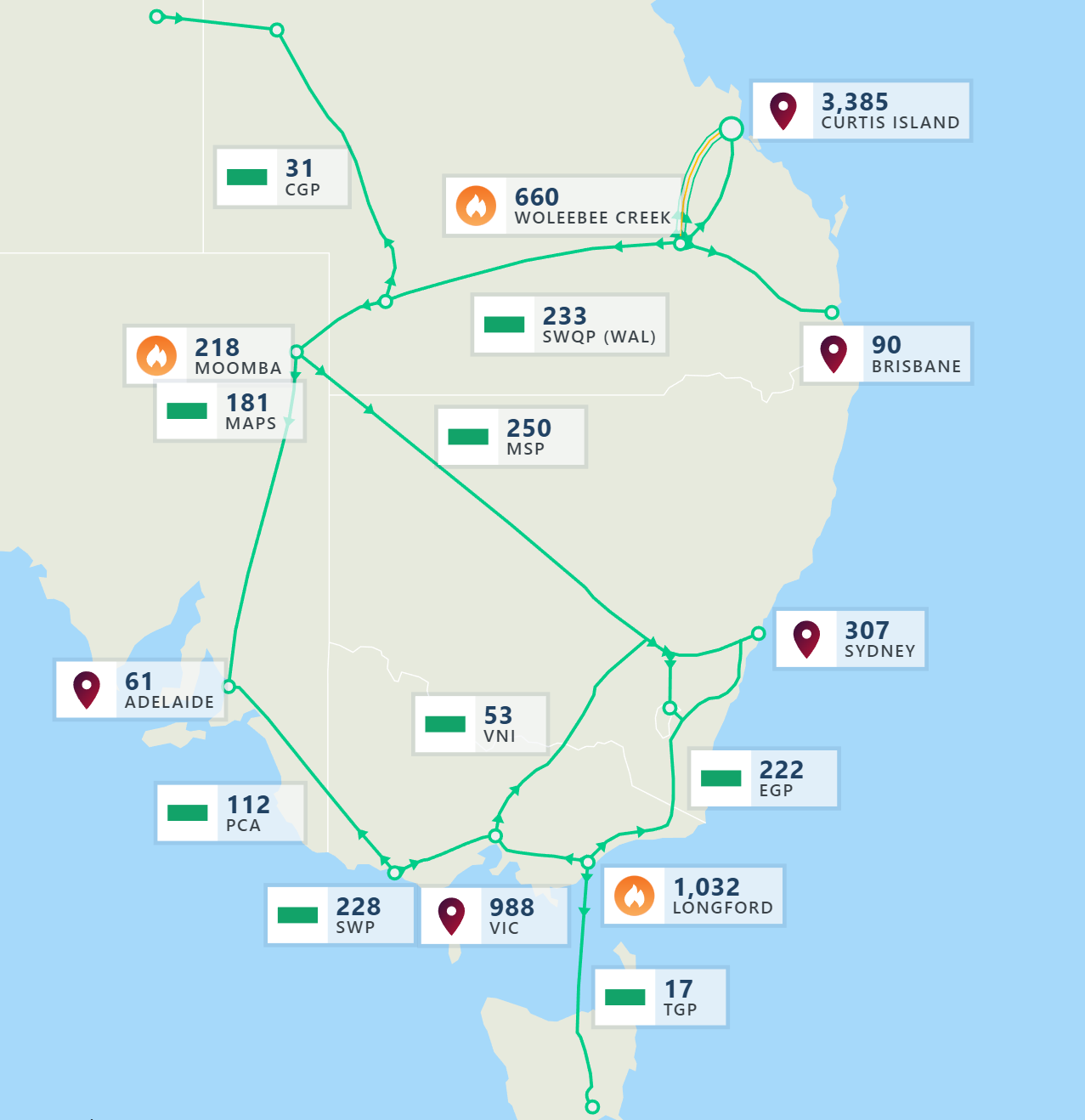 A map of major pipelines across the east of the continent (AEMO). The NGP starts top left

Company launches FEED, but where does the NGP go?

The MOU enables Tamboran to launch FEED studies for the Maverick Gas Development in the prolific NT Beetaloo Basin.

The 620km long NGP runs from NT’s Tennant Creek to QLD’s Mt. Isa, where it connects to APA’s Carpentaria pipeline.

Carpentaria is the key link between the NGP and a larger pipeline network spreading down Australia’s east coast into major cities.

The NGP is crucial as it allows Tamboran’s Maverick gas to ultimately end up at export docks.

Currently, there is no optimal pipeline asset connecting Beetaloo and Darwin Port.

Despite copping heavy sell-offs year to date, the company is proceeding with its plans, now strengthened by major energy operator Jemena.

Development of the Tanumbirini 2H and 3H wells will continue through 2022, a seismic campaign is set for the second half of the year.

Fracking of wells within the secondary EP 136 licence will start later this year; Tamboran is hoping to devise a 2C contingent gas resource of over 1 trillion cubic feet by early 2023.

Should that be logged as planned, it is far more likely the Maverick development will move to a positive financial decision.

The biggest sword dangling over the heads of Tamboran investors: what international energy markets will look like in late 2025. 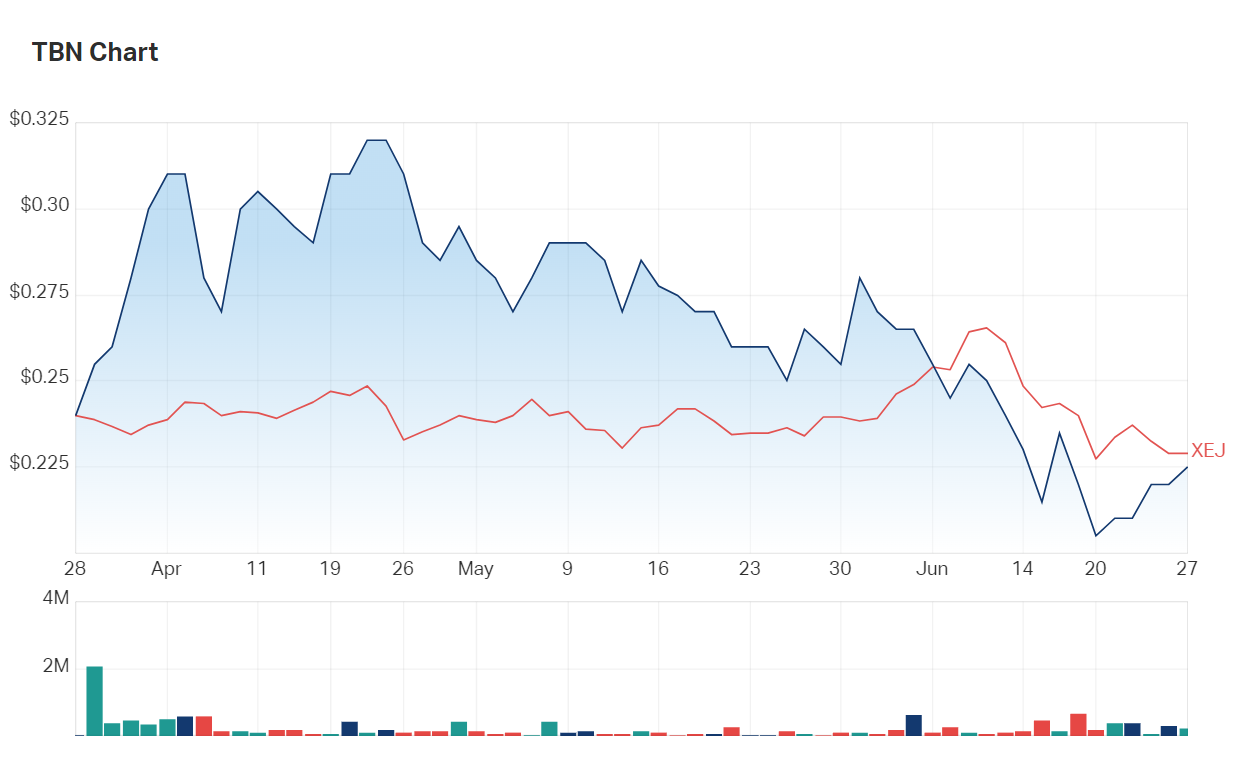