Wall Street sold off heavily amid renewed fears of a Russian invasion of Ukraine.

NATO says Moscow has instead added more troops near Ukraine and a border skirmish could be used as a pretext for a full-scale invasion.

It only took 1 ½ years and a potential Russian invasion for gold to finally do something.

“The latest move has seen gold hit its highest level since mid-June and there still appears to be momentum in the move so we could see US$1,900 tested. That’s the next big test for the yellow metal and a big escalation in Ukraine could be the catalyst for such a move,” said Oanda senior market analyst, Craig Erlam.

Gold miners could be a pocket of strength on Friday as investors pivot towards safe haven assets. 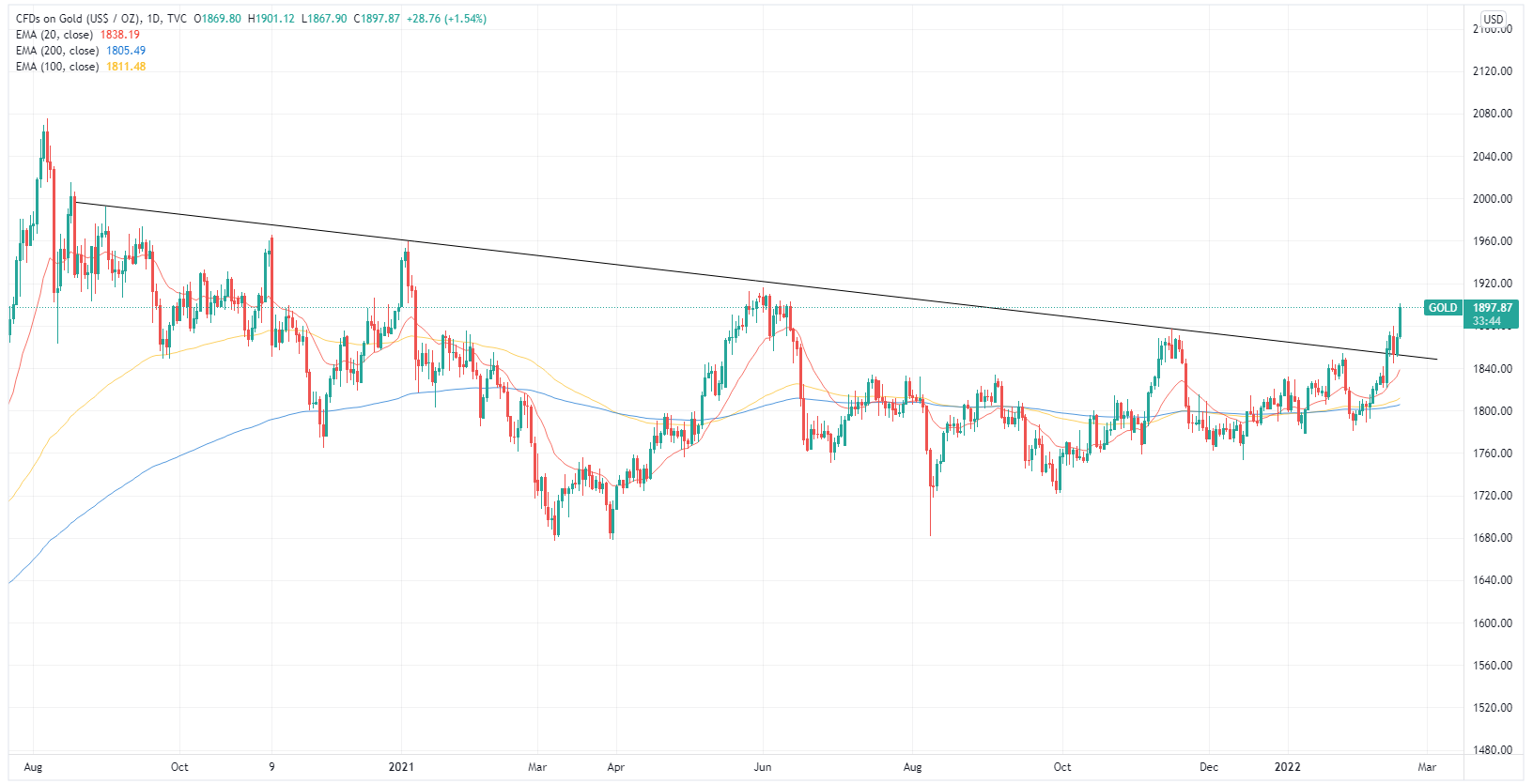 Iron ore prices are beginning to give back recent gains amid weak Chinese economic data and regulatory concerns.

According to Yuantalks, Chinese authorities asked some iron ore trading companies to release excessively high inventories and bring stocks to reasonable levels as soon as possible.

It looks like iron ore prices will move based off sentiment in the short-term as China seeks to take some heat out of surging prices.

Nuclear talks between the US and Iran are progressing well.

“Reports suggesting an agreement is days away. That would be huge as it could mean around 1.3 million barrels per day of crude quickly re-entering the market and easing some of those supply-side pressures,” said Erlam.

On the flip side, Russia could face sanctions if it continues to escalate an invasion.

Russian imports account for 46% of Europe’s solid fuels such as coal, 26% of its crude oil and 38% of the region’s gas, according to Reuters.

Sanctions against Russia could squeeze oil and gas prices even higher, especially amid tight supplies and the lack of available production capacity.

Household US tech names sold off sharply, including:

Affirm shares hit fresh all-time lows and down -50% in the last six sessions (not a typo).

The risk-off attitude will likely point to yet another challenging session for local tech stocks, notably BNPL companies.

Nickel prices held near 11-year highs amid concerns that the Russian invasion could disrupt exports.