The results were returned to Meeka today from ANSTO, Australia’s nuclear regulator.

ANSTO performs all rare earths testwork in Australia given that REEs tend to coincide with radioactive elements uranium and thorium—investors should note that’s just business as usual.

The company is now reviewing its downstream processing plans in a bid to boost the total amount of valuable minerals extractable, as well as the removal of impurities.

Meeka is specifically interested in reducing the amount of acids used, which could feasibly boost ESG credentials at the project.

A lot going on at Circle Valley

It’s worth noting Circle Valley is only one of Meeka’s projects near Esperance: the other is called Cascade, but both are separate.

With that out of the way, back in June, Meeka confirmed the project acreage had returned evidence of high value magnet earths, and scandium.

Today’s results have beaten estimates given by Meeka at the time, with the company expecting ANSTO to return data by mid-August.

If a government laboratory can turn over results quicker than commercial assay laboratories, that may explain why so many companies are grumbling.

Back to Circle Valley.

Don’t forget about the gold on-site

Further gold drilling is set for Circle Valley between now and December, when the drills descend on the Anomaly A prospect, first discovered in early aircore drill runs.

All in all, a mineral resource estimate will be prepared for Circle Valley halfway through 2023.

“Drilling is planned at Circle Valley to progress toward delivery of a maiden mineral resource this financial year [and] further testwork is now underway to improve on and refine the metallurgical processes.”

“Given the tier-1 location, geopolitically critical nature of the metals and high level of magnet elements, our projects are shaping up to be significant.” 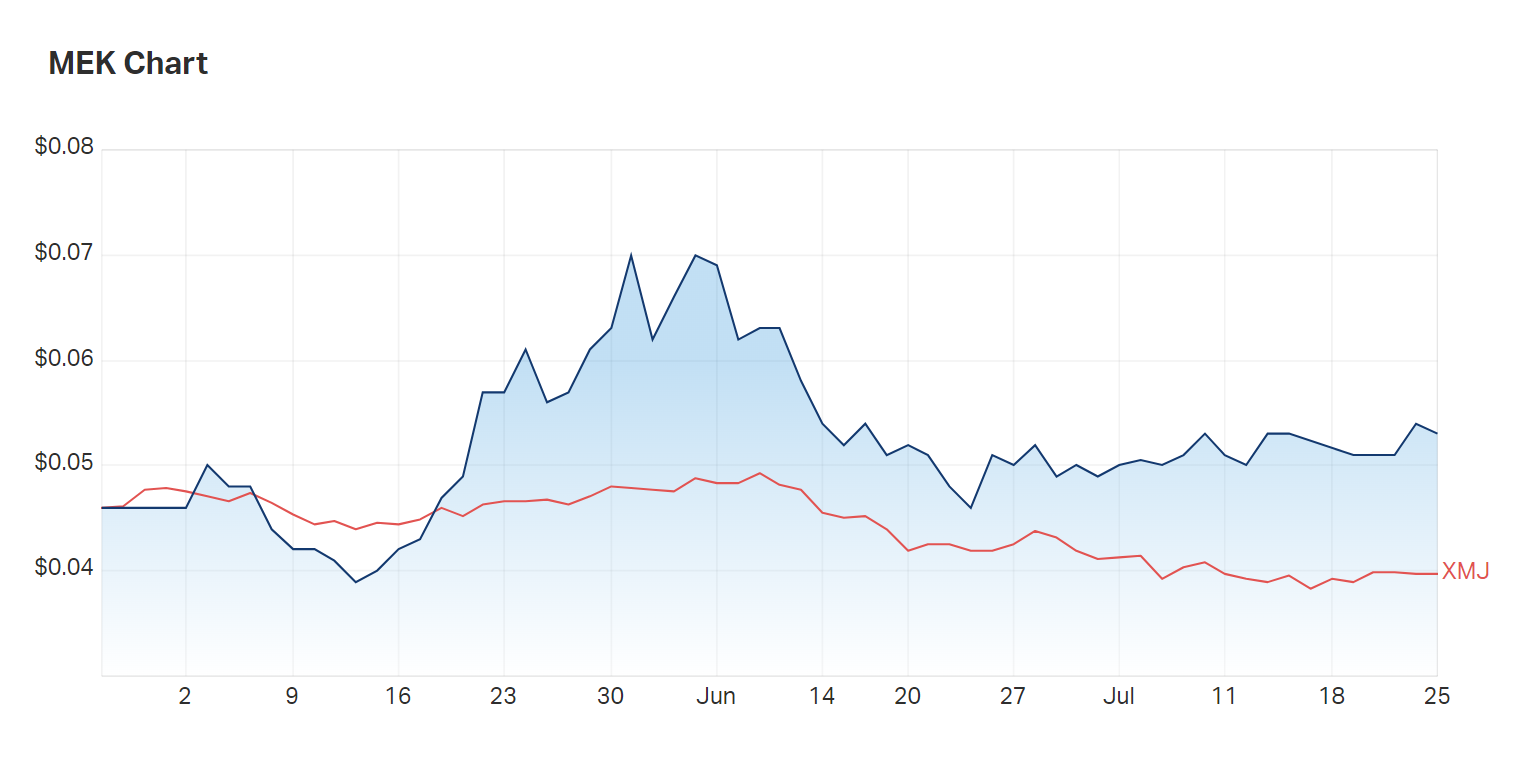 Meeka's three month charts. The company has outperformed the materials index for nearly a whole quarter; year to date performance is up over 29%

Meeka Metals was a Market Index client at the time of publishing. All coverage contains factual information only and should not be interpreted as opinion of financial advice.