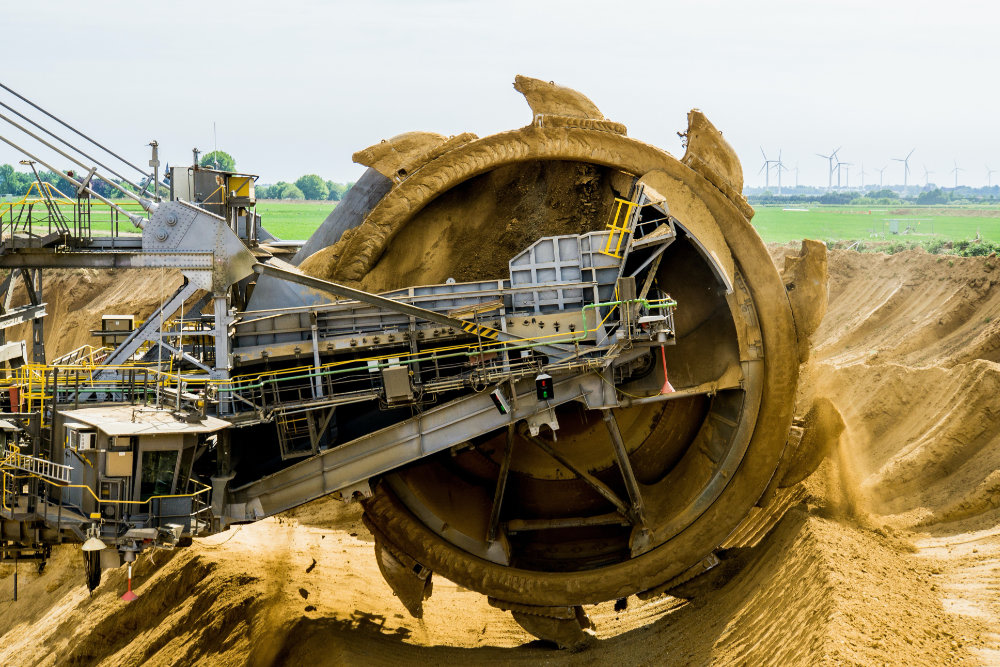 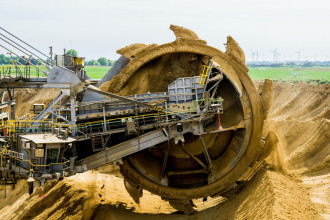 “The aim of the drilling program is to acquire definitive data on the thickness, gas content and permeability indicators of the targeted coal seams in order to demonstrate the potential of the Project to supply reliable, cleaner energy to both Mongolia and nearby energy hungry China,” CEO Brendan Stats said in a statement.

TMK said the drilling and testing program is designed to deliver key parameters to fast track a pilot well program in the second-half of 2022.

On completion of the drilling program, TMK expects to return a maiden contingent resource - a major milestone in the potential establishment of a "world class gas project".

TMK staff in preparation for the commencement of drilling activities (Source: TMK Energy)

Arafura Resources (ASX: ARU) has been awarded grant funding of $30m as part of the Federal Government’s $240m investment into the local rare earth minerals industry. The company’s stock is up 20% in early trade.

The funding will contribute to the construction of a $90.8m rare earth separation plant at the company’s Nolans Project, located in the Northern Territory.

Arafura said that Nolans is Australia’s only shovel-ready Neodymium-Praseodymium (NdPr) project, with the potential to supply around 5% of the world’s NdPr demand.

“This grant is an exciting milestone for Arafura, recognising the strategic significance of the Nolans Project and its place in the future of critical minerals processing in Australia,” Arafura Managing Director Gavin Lockyer said.

Arafura is targeting a final investment decision for Nolans in the second-half of 2022. The company is currently progressing offtake and project funding activities.

The funds will be used to support the development of the Australian Vanadium Project in WA. The project consists of an open cut mine and a crushing, milling and beneficiation plant, and a vanadium pentoxide processing plant. 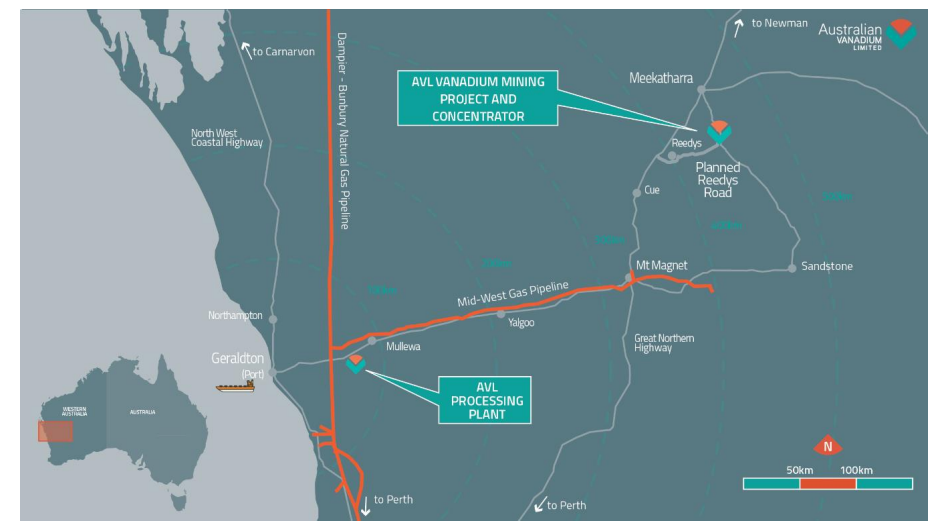 Location of the Australian Vanadium Project

For the uninitiated, vanadium is used in critical aerospace and chemical applications. The metal is also showing growing use in long duration, battery storage applications.

Alpha HPA (ASX: A4N) has been approved a $45m grant from the Commonwealth Department of Industry, Science, Energy and Resources.

"This grant recognises the unique potential for the HPA First Project to supply critical high purity aluminium materials to the important de-carbonising industries of LED lighting and eMobility."

The company is currently working through project financing and market outreach for a potential final investment decision for a full scale HPA First Project.

Alpha shares are up 19% in early-trade.

"The growing thickness along with the rich spodumene pegmatites is further indication that Latin may have a very compelling lithium project on its books," Managing Director Chris Gale commented.

Gale pointed out that the company trades at a much lower market cap compared to fellow lithium peers. He believes the company offers a "strong potential for re-rating as positive assay results confirm the strength of the Salinas Project."

Assay results are expected to emerge in the next few weeks.