Is Woodside 'selling the hyperbole' on its global energy transition?

With the Woodside Petroleum (ASX: WPL) share price having bounced from $19.15 to $31.46 in the last year, investors could easily conclude that the global profile the company is desperate to achieve through the upcoming merger with BHP Petroleum is well on the way to being crystallised - even before the deal has been officially signed off.

But much of the recent kicker to the share price can be directly attributed to a surge in the energy sector, with Brent crude oil up 17% to US$115 a barrel. It was higher oil prices that greased net profit by over US$3bn.

In light of the heightened risk premium, courtesy of the Ukraine-Russia conflict, Morgan Stanley has upgraded its near-term oil price forecasts and now expects an average of $US110 a barrel over the June quarter.

Following on from Woodside’s stunning full year result – which saw revenue virtually double and earnings (EBITDA) up 115% - the company yesterday reminded the market of its climate plans, and the share price was up around 4% at the open this morning.

To pre-empt any flack – notably from shareholder activists - in the leadup to the all-important June quarter shareholder vote [on its $41bn scrip-based merger deal with BHP Petroleum], Woodside has reiterated the company’s clean energy ambitions.

What this has effectively done is put down a marker to the market that the company’s global energy transition is more than simply lip service.

A bet each way

Embedded within yesterday’s 2021 climate plan to shareholders was Woodside’s commitment to reaching net zero emissions by 2050 and plans to spend $5bn on clean energy projects.

However, investors should remember, assuming the Woodside/BHP Petroleum deals gets the shareholder thumbs up, it will effectively double output to more than 200m barrels annually.

The net effect will catapult Woodside into the ranks of the top-10 independent oil and gas producers globally.

While $5bn on clean energy projects looks pretty ballsy, it still pales in comparison to the financial commitment being made on expanding production of traditional fossil fuels.

As a case in point, last year $16.4bn Scarborough project, got the internal nod to proceed.

Given that Scarborough represents the biggest fossil fuel development in Australia for almost 10 years – and requires around US$7bn at the get go- the company is particularly mindful of the mounting environmental opposition.

Assuming all goes to plan, the Scarborough project will start exporting its 30 years of LNG – circa 11 trillion cubic feet of gas - in 2026. 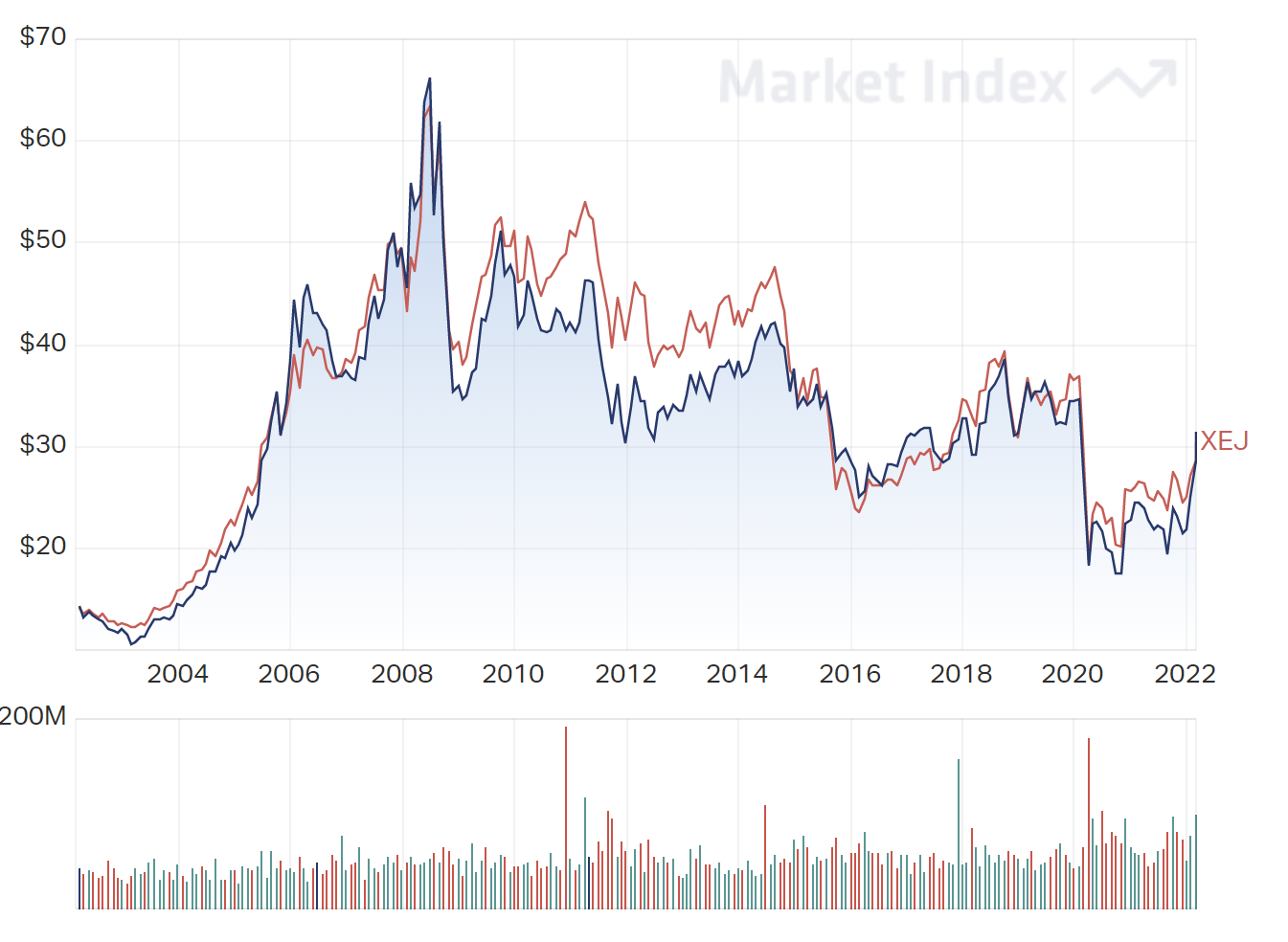 Longsuffering Woodside shareholders have waited patiently for their day in the sun.

With the overhang that’s been shrouding Woodside’s share price rapidly disappearing, the questions remains, how much further can the price rally from here?

Based on the brokers that cover the stock (as reported on by FN Arena), Woodside is trading with a -7.7% downside to the current price.

Morgans believes the merger with BHP Petroleum is a transformative deal that will vastly enrich Woodside's fundamentals and marks a material valuation upside risk to current consensus.

Having implemented the merger share sale agreement with BHP's Petroleum business and made the final investment decision on the Scarborough/Pluto T2 project, UBS expects the release of the shareholder scheme booklet in April to be the next catalyst.

Based on the prospect of higher global LNG prices, Citi believes there’s circa US$700m in upside to the broker's 2022 earnings forecast, assuming current gas futures pricing is realised. The broker retains a Neutral rating and raises the target to $26.10.

Consensus on Woodside is Moderate buy.

Based on Morningstar’s value of $31.51, Woodside looks to be trading at fair value.