ALS (ASX: ALQ) was trading slightly lower at the open after the sampling and laboratory testing large-cap announced plans to acquire its smaller its small-cap rival HRL Holdings (ASX: HRL) for $82m.

Following recent market speculation, ALS has today confirmed it is offering to acquire – under an unconditional Bid Implementation Deed - all of the ordinary shares of HRL it does not already own by way of an off-market takeover at $0.16 cash per share (CPS).

The offer represents a 95% premium over the undisturbed pre-offer closing share price of 8.2 cents per share (CPS) 27 June.

What do these companies do

After carefully considering a range of matters, including its view of the intrinsic value of HRL, the company's current position and future prospects, the HRL board is recommending shareholders accept the16 CPS full takeover bid by its 19.99% shareholder in the absence of a superior proposal.

Two directors, who control 18.6% of HRL, also intend giving the deal the thumbs up.

Both parties have agreed to a deal protection regime including no shop and no talk rights, a right to match any superior offers and payment of an agreed break fee of $800,000 by HRL to ALS in certain circumstances.

The Offer is expected to open early July and will remain open for six weeks.

“This is aligned with our global food strategy that is driven by a commitment to identify higher margin activities, with a focus on more specialist testing and end market specialisation.” 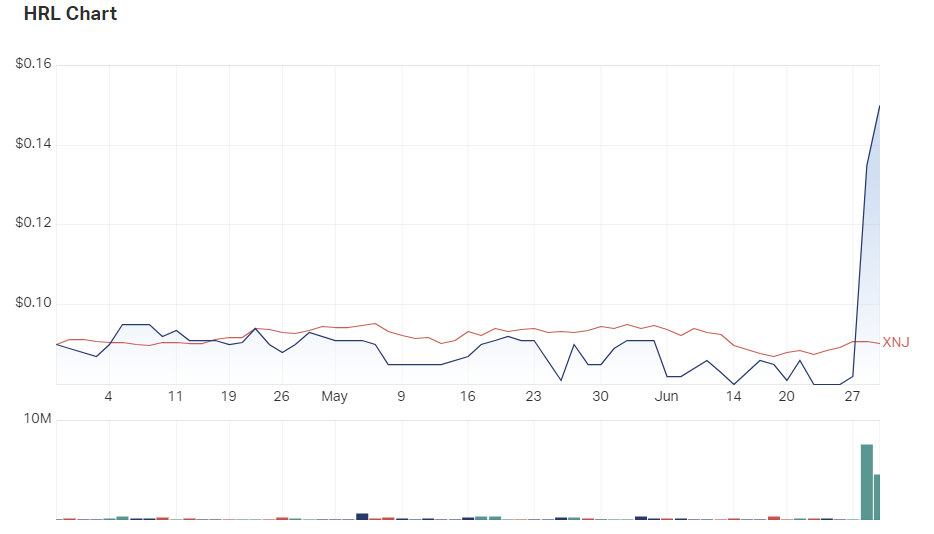 Consensus on ALS and HRL are Moderate Buy and Strong Buy respectively.

Based on Morningstar’s fair value of $0.23 and $9.14, NRL and ALS appear to be undervalued and overvalued respectively.

Based on the six brokers that cover ALS (as reported on by FN Arena) the stock is currently trading with 26.5% upside to the target price of $13.78.

Having concluded that ALS looks cheap on recent share price weakness, late May saw Morgans upgrade the company to Add from Hold with the target price rising to $14.38.