Firefinch (ASX: FFX) was marginally higher (0.46%) at the open after the gold and lithium explorer provided greater clarity on its proposed demerger by way of in specie distribution and $100m Initial Public Offering (IPO) of Leo Lithium (ASX: LLL).

More than 90% of the offer was allocated to existing Firefinch shareholders.

Assuming Firefinch's shareholders vote in favour of the demerger next Tuesday they stand to receive [on 16 June) 1 Leo Lithium share for every 1.4 Firefinch shares in Leo Lithium, which will start trading as a separate ASX entity 23 June.

Firefinch has acquired its full $20m allocation under the Firefinch offer, as part of the IPO.

“We are pleased to have reached this important milestone in the separation of our gold and lithium assets.”

“Subject to shareholder approval, the Demerger will allow Firefinch to focus its attention on the development of the world-class, multi-million-ounce Morila Gold Project, while providing our shareholders with exposure to the future development of Goulamina through our 20% retained stake.”

Mid-May Firefinch struck a deal with the Malian Government to extend the establishment convention for its Morila Gold Mine for another three years.

An obligation by Ganfeng to provide either US$40m of Ganfeng direct debt or source US$64m of third-party debt, means a debt funding package of at least US$170m substantially fund the Goulamina Lithium Project through the development phase.

While this project won’t be part of Firefinch for much longer, shareholders -  via the in-specie distribution – have a vested interest in the ongoing success of this project.

The Firefinch share price came under pressure early May following revelations that two of the company's directors had offloaded a combined 2.75m shares for between $1.10 and $1.13 each.

However, the share price has since retraced these losses.

Consensus on Firefinch is Strong buy.

Based on Morningstar’s fair value of $1.27, the stock appears to be undervalued.

J Capital Research echoes similar sentiment, with a note to investors back in March suggesting the stock was “materially undervalued” by between 70 and 130%. 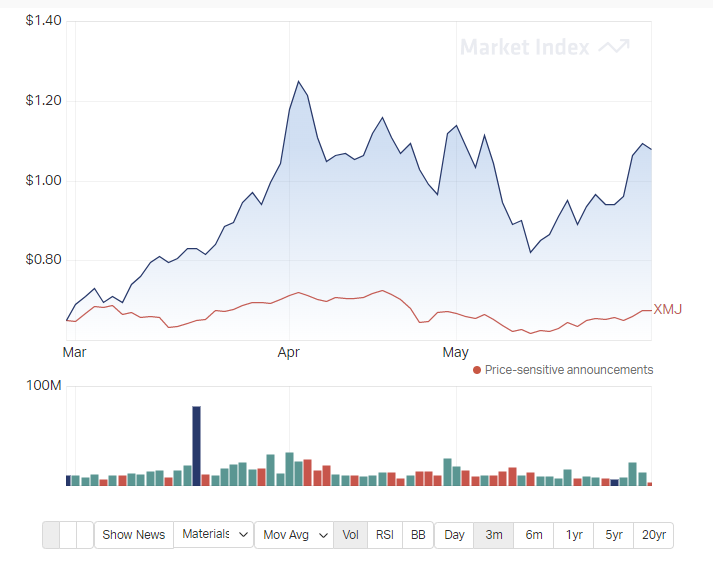