On the back of weak economic data from China last week and ongoing inflationary environments in all major world economies (and minor for that matter,) crude oil traders have reeled in enthusiasm for the product, with Brent prices firmly falling below $95/bbl.

Gas futures, however, remain up 249% year on year (YoY) in the UK, and, 364% higher YoY in the EU. They continue to increase in Australia, too, though not as dramatically.

US gas futures still remain high, but subdued somewhat as cooler weather forecasts for the summer season came to the fore. Also worth noting is that, contrary to the NOAA's earlier forecasts (which I reported on as gospel,) the hurricane season appears it might not be as bad as predicted. Of course, the weather is proving to be impulsive, lately.

Labor: Nothing to see here

The big takeaway: don't worry. The Labor government has refused to ban oil and gas projects, and with most carbon reduction strategies artfully placed into tax and offset mechanisms, it’s likely the laws won’t have any strong impact on the operations of the energy sector.

It’s certainly far from Gillard’s carbon tax, the only policy mechanism ever introduced in Australia’s history that actually led to a direct reduction in greenhouse gas emissions.

Given the world in its current state, it’s not hard to see how now might not be the time for that. The next El Niño could change that, but, that’s a different story.

One year returns on the XEJ are at 26%, down from 30% last week, with cheaper crude softening somewhat bullish sentiment. 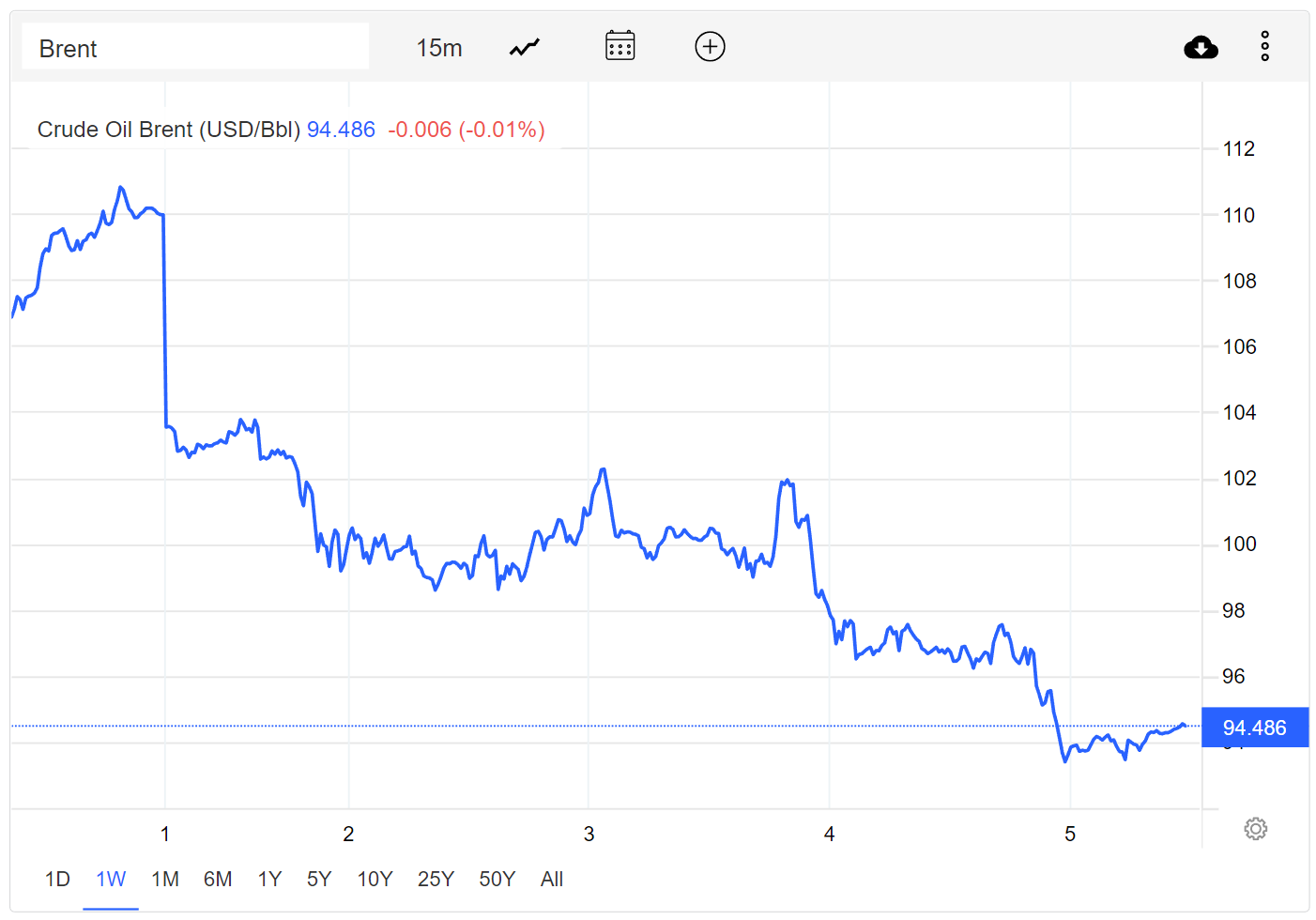 The shape of brent crude charts over the last week (TradingEconomics) 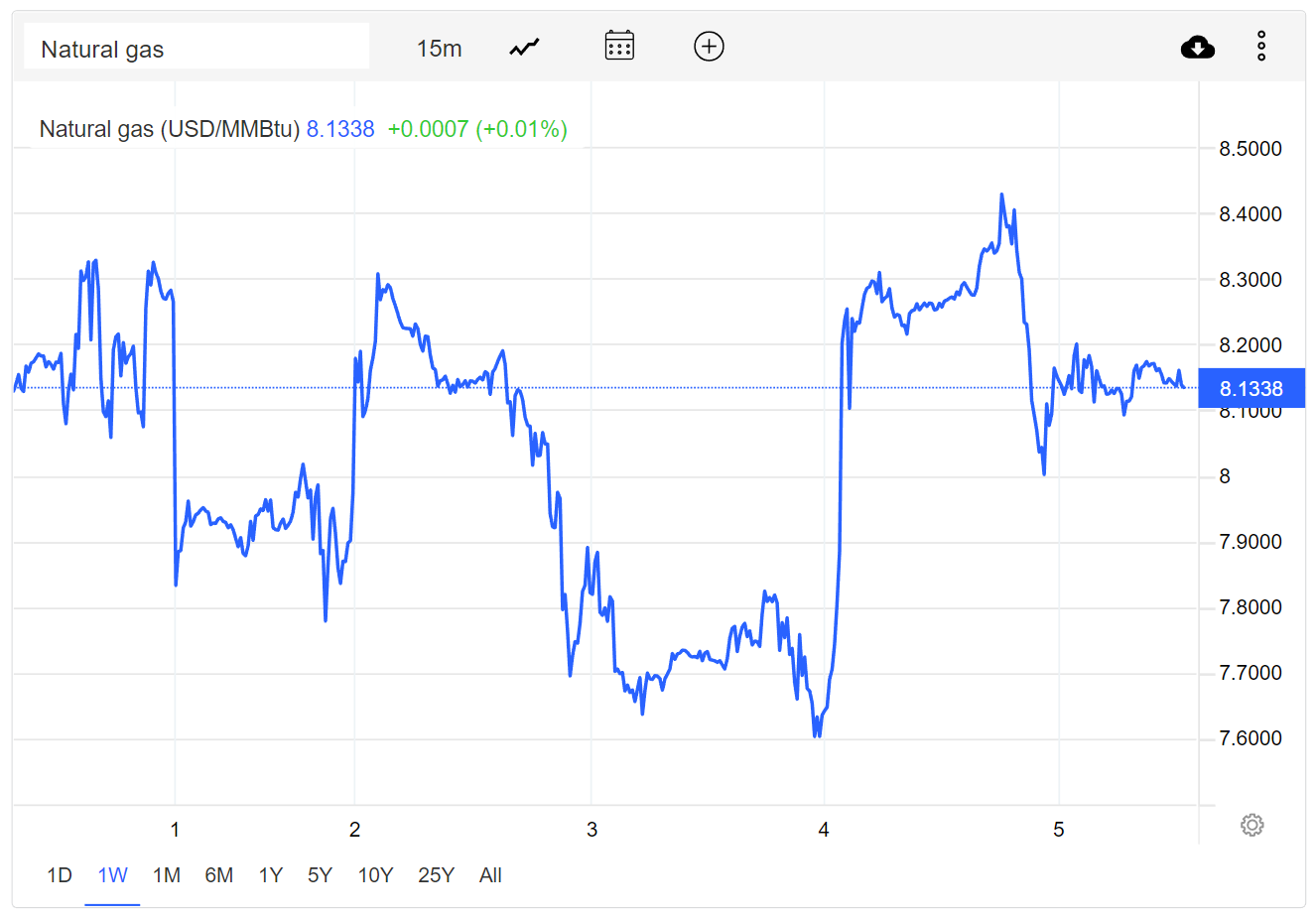 US natural gas futures over the last week (TradingEconomics)