The 46-hole campaign will include 500m of diamond core drilling to go off for metallurgical testing. 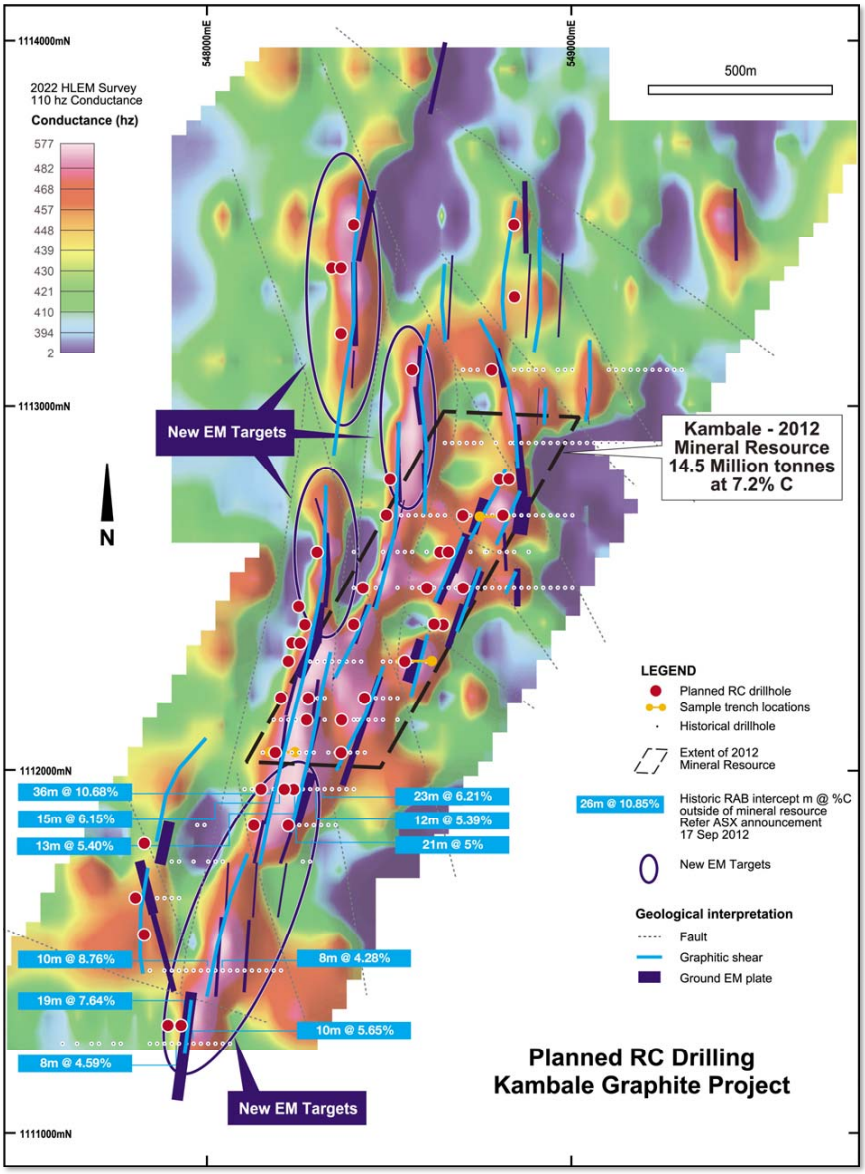 One objective for the Kambale drilling program is to update JORC Inferred Resources which currently sit at 14.4 million tonnes at 7.2% graphitic carbon.

That estimate, however, was created a decade ago and is not compliant with the JORC Code 2012.

Castle notes there is currently insufficient information to re-estimate the Kambale project.

The company adds it is possible following a re-estimation, the resource may materially reduce.

Castle believes it is well placed to expand the Kambale project as evidence suggests mineralised zones are larger than previously thought.

The new target areas were discovered in a recent electromagnetic survey.

The 500m core sample to be used for testing will allow Castle to analyse and characterise graphite concentrate product.

This uptick in demand is believed to coincide with a supply deficit for graphite concentrates, due in part to the upscale of EV battery manufacturing.

The graphite market is known for a level of opacity and reliable real-time data on pricing is difficult to acquire.

Castle notes many factors influence the end price of a graphite product, including flake size, grade and purity, and the shape of final products.

Castle had been looking for a partner to develop its Degbiwu licence, hosting two gold prospects.

Castle Minerals is not spared from market chaos today