The Australian sharemarket is poised for a small gain at open following a mixed session on Wall Street. The Nasdaq fell heavily as investors rotated out of tech stocks and back in cyclical sectors like financials and materials. 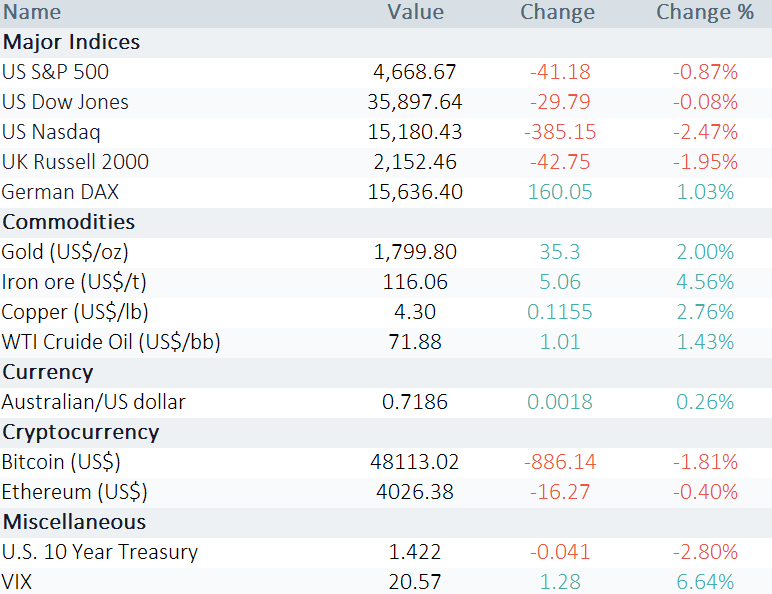 US stocks fell overnight with weakness among the tech sector weighing on major market averages.

The Bank of England has joined the US Federal Reserve in its hawkish views about the economy, becoming the first major central bank to raise interest rates from 0.10% to 0.25%.

“The labour market is tight and has continued to tighten, and there are some signs of greater persistence in domestic cost and price pressures. Although the Omicron variant is likely to weigh on near-term activity, its impact on medium-term inflationary pressures is unclear at this stage,” the central bank said, adding “the Committee judges that an increase in Bank Rate of 0.15 percentage points is warranted at this meeting.”

On the economic data front, US weekly jobless claims came in slightly higher than expected, but remained relatively low, after claims fell to their lowest level since 1969 last week. 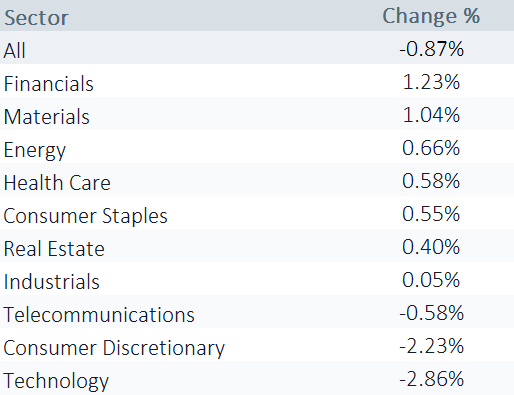 Investors rotated out of richly-valued tech stocks and into cyclical and value pockets of the market such as financials and materials. 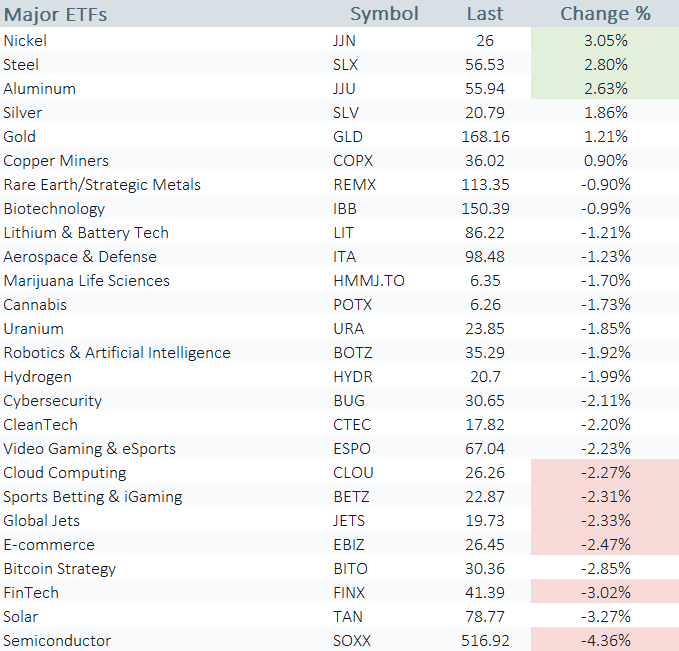 The Nickel ETF bounced strongly overnight but remains in a tight trading range.

In a survey conducted by the US Chamber of Commerce, about 95% of contractors said they were experiencing at least one product shortage in the fourth quarter, with steel representing the most reported product shortage, according to S&P Global Platts.

The Fintech ETF closed at a fresh 7-month low. Major constituents like Square and Coinbase both fell around -4%.

The Jets ETF experienced broad based declines with United Airlines, American Airlines and Delta Airlines down between -2.2% and -3.5%. 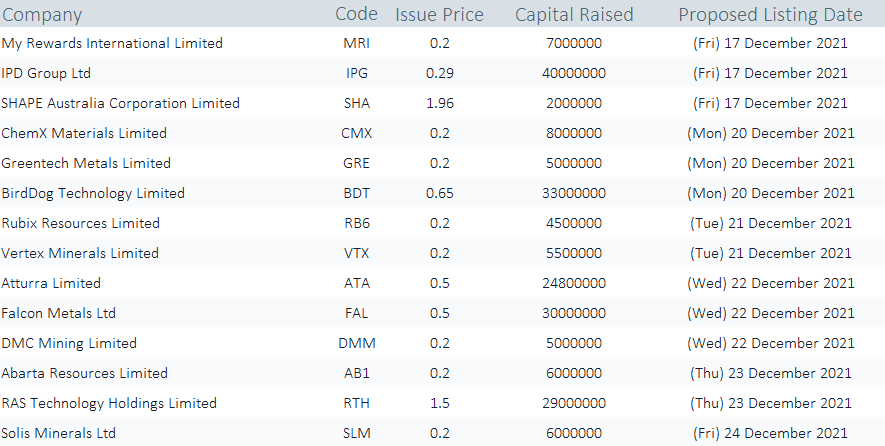