The price action for nickel in the past 48 hours has been extraordinary, to such an extent that the London Metals Exchange suspended nickel trading until Friday, 11 March.

A massive short squeeze caused prices to spike to a record US$100,000 a tonne last night. 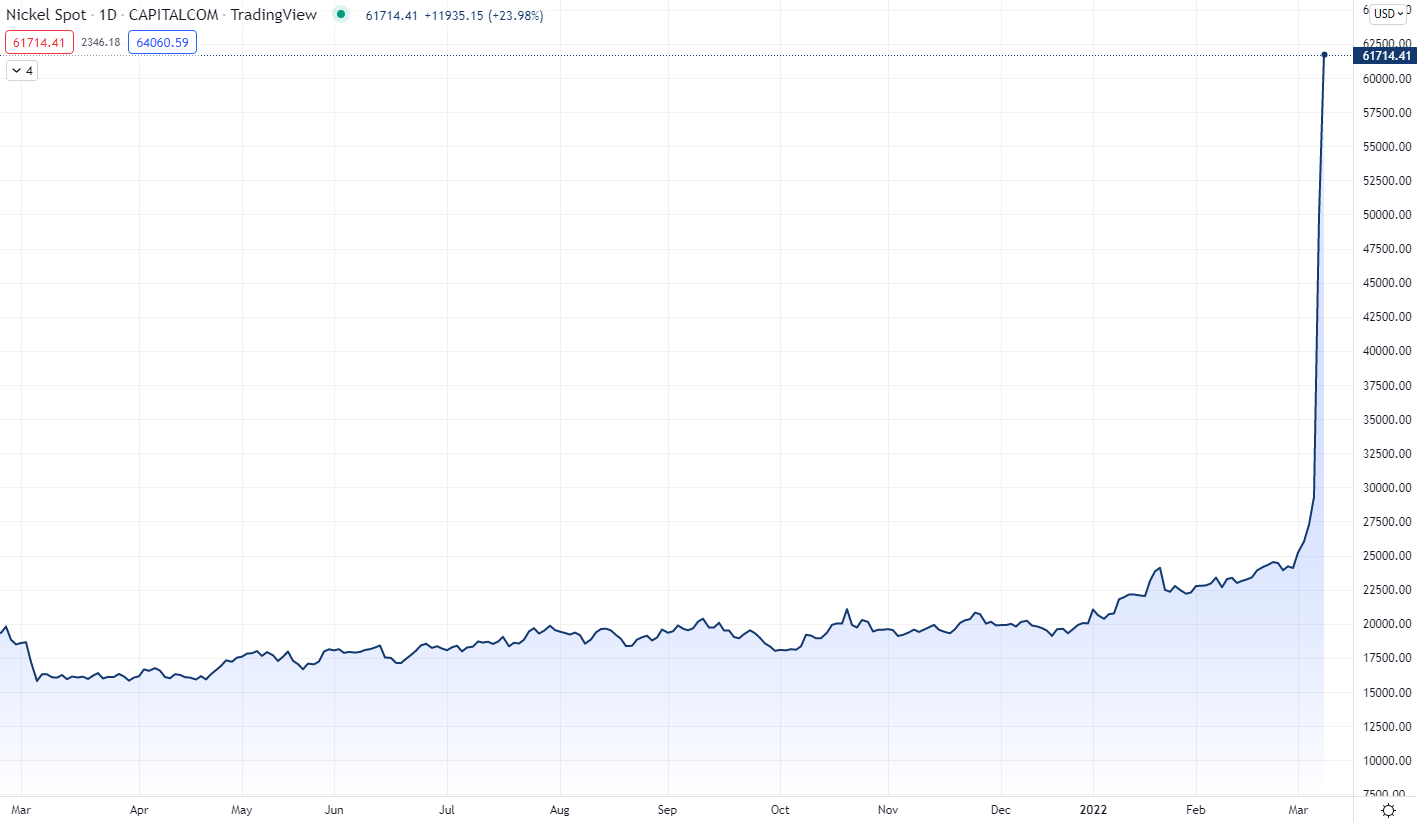 The response from ASX nickel stocks was equally as shocking, with most names nudging slightly higher.

A unit of China Construction Bank Corp, one of China’s largest banks, was given additional time by the London Metal Exchange to pay hundreds of millions of dollars of margin calls it missed following an unprecedented spike in nickel prices, according to Bloomberg.

The catalyst behind the monster move in nickel was far from anything fundamental.

Here are a few reasons why nickel stocks have had a muted response to the sudden spike: