Telstra ‘nation builds’ to the tune of $1.6bn

Telstra’s (ASX: TLS) share price was up 1.14% this morning following revelations the telco plans to invest between $1.4bn to $1.6bn over the next five years in two major telecommunications infrastructure projects.

While today’s note is clearly price sensitive, management were quick to advise the market that these two infrastructure projects also support the nation’s digital economy and enable more connectivity across Australia.

Project one includes a 16.5-year contract to build and manage the ground infrastructure and fibre network in Australia for Viasat’s ViaSat-3 terabit-class global satellite system.

Then there’s a new fibre project that will add up to 20,000 kilometres of new route inter-city dual fibre paths to increase the capacity of Telstra’s optical fibre network.

The end result is expected to be faster network connectivity between Australia’s capitals and regional areas.

Around 70% of the $1.4bn to $1.6bn Telstra has earmarked for these two projects is expected to be invested across the telco’s T25 planning period. This equates to an additional $350m of capital expenditure annually over FY23 to FY25.

Investors should note that expenditure for these two projects is outside of Telstra’s Business As Ususal (BAU) capex envelope.

However, Telstra’s CEO Andy Penn expects cash flow to remain “ahead of accounting earnings”, with capex including the investment estimated to be “$250m per annum lower than adjusted depreciation and amortisation”.

“Investing in these two truly significant nation-building projects will see us continue to have the largest intercity fibre network in the country, helping to future proof Australia’s digital economy and further improving connectivity in regional Australia,” said Penn.

“This is a multi-year build and will commence at scale late this financial year, and early trial and test deployments are already underway.”

Telstra, which reports its interim result on 17 February, has confirmed there is no change to its guidance for the current financial year.

However, management notes that previously advised plans to complete its on-market buyback this year are on track. 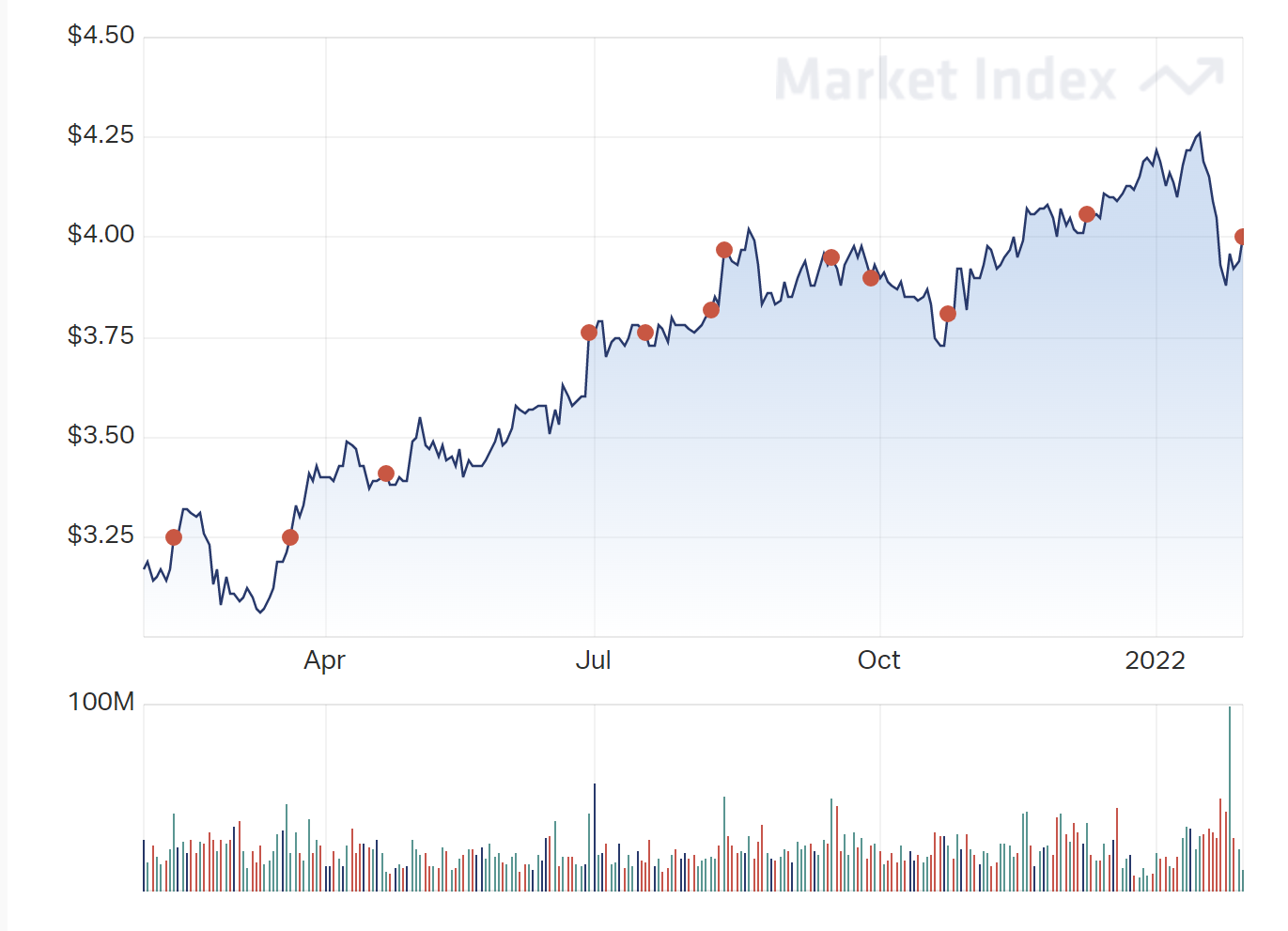 Consensus on Telstra is Moderate Buy.

Based on Morningstar’s fair value of $3.92, the telco looks fairly valued.