Beyond banking, Suncorp’s core businesses are in insurance and wealth.

Driven by consistent competitive offerings and improved turnaround times, today’s update also revealed that home lending lodgements were up 21% on the previous quarter.

“Growth momentum also extended to the business lending portfolio which grew $91m during the March quarter and over $130m in April.”

As at 28 February 2022, Suncorp had received more than 5,000 claims across both states, with approximately half lodged online.

In a recent update on the heavy rainfall and flooding across south-east Qld and northern NSW, Suncorp group CEO Steve Johnston said:

“Right now, safety is the number one priority as we continue to face significant and dangerous weather conditions. Many roads, homes and businesses remain flooded so we must wait until it is safe to evaluate the impact.”

Consensus on Suncorp is Moderate buy.

Based on Morningstar’s fair value of $12.77, the stock appears to be undervalued. 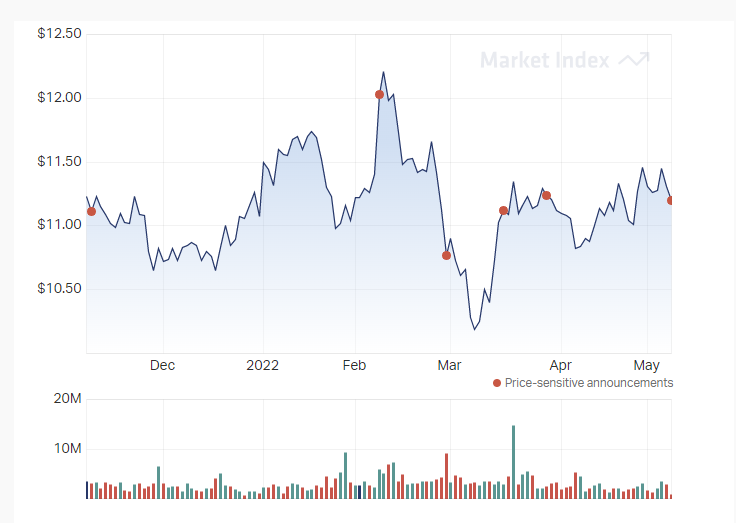