Stanmore returns after transformational acquisition and 40% spike in coal price

The company's stock is up 44% in early trade.

During the two-day halt, coal prices have abruptly spiked 40% from US$300 a tonne to US$420 a tonne amid concerns about Russian supply. 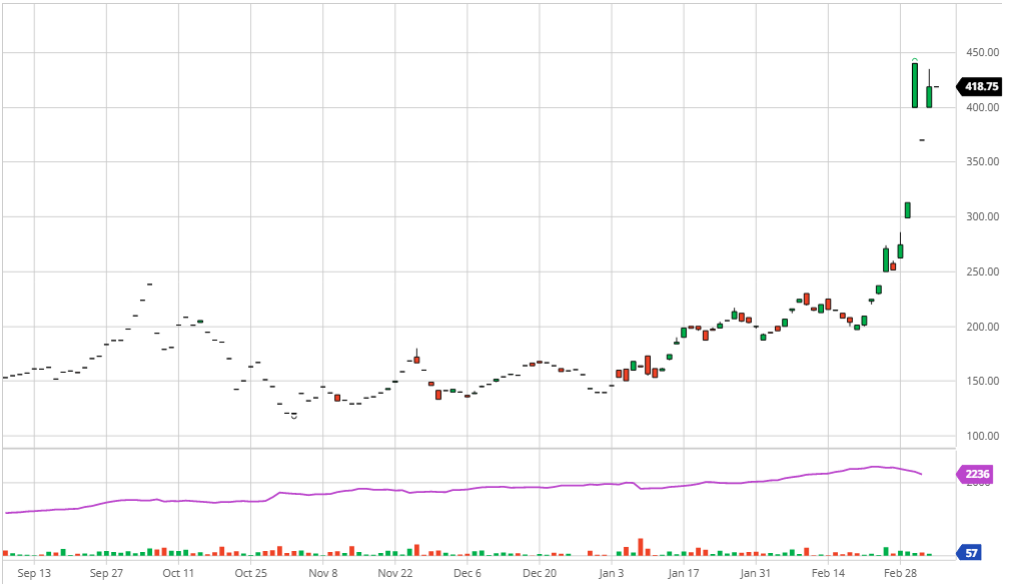 Stanmore shares are now absorbing both the transformational acquisition and surging coal prices.

Acquisition in a nutshell

Stanmore is on track to become one of the largest global producers of metallurgical coal, jumping from 2m tonnes of production in FY21, to a forecasted 5.9m to 6.5m in the first-half of calendar year 2022. 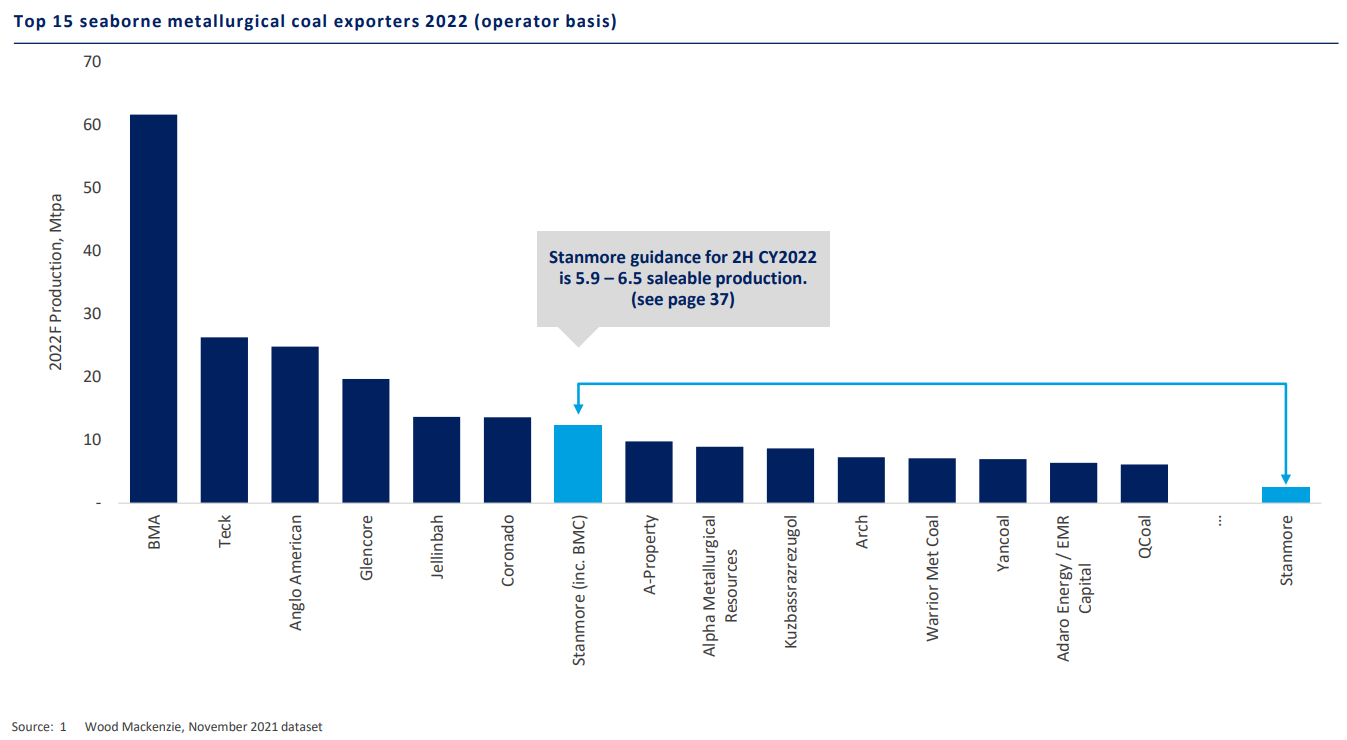 Highlights the acquisition include:

To fund the acquisition, Stanmore successfully raised $656m at an offer price of $1.10 per share. This represents a 12% discount to the stock's last close price of $1.25.

Stanmore said that the market outlook for met coal remains strong, buoyed by factors including: 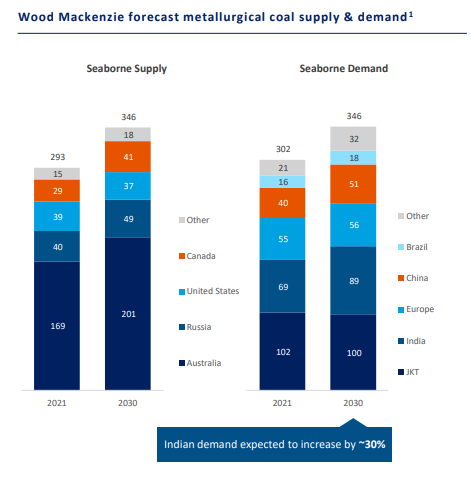 Stanmore said that the key drivers of coal was steel production, whereby one tonne of steel requires 0.7 tonnes of met coal.

The global focus towards renewable energy is surprisingly a tailwind for coal consumption. Stanmore pointed out that a single wind turbine requires 170 tonnes of met coal.

Stanmore said that the company could delever its debt position quickly if the current coal price environment persists. 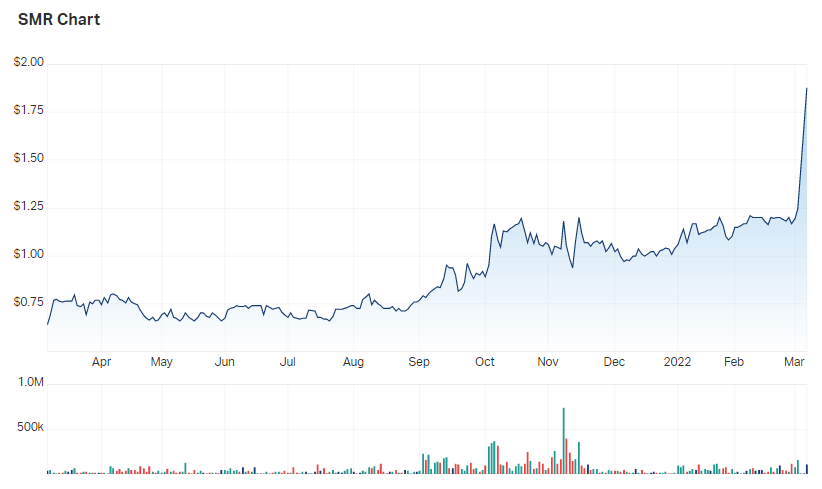