Coronado Global Resources (ASX: CRN) was up 2.57% at the close following revelations the Australian metallurgical (Met) coal producer had achieved its highest quarterly revenue to date. 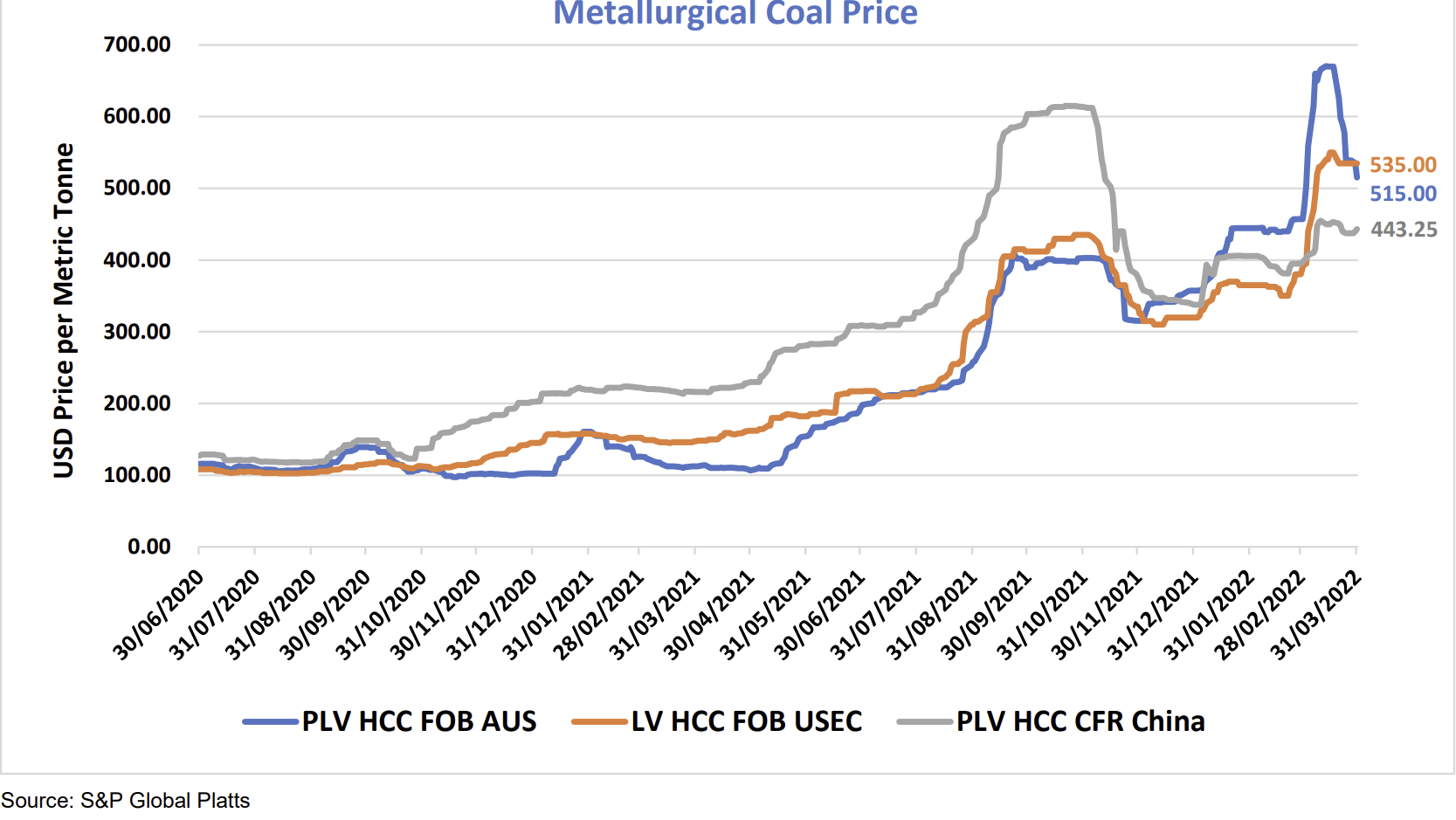 The company benefitted from higher MET coal prices in the March quarter, with revenue for the coal producer up 22% (at US$947m) for the period due to a 24.4% rise in average pricing to $US267 a tonne, despite a lift in average production costs.

In light of the company’s strong financial position, Coronado recently announced a surprise US9c dividend and will look to buy back US$100m of debt.

Highlights for the period ending 31 March 2022 include:

Met coal prices and revenues for shipments from US and Australian operations reached record levels during the quarter, and management expects these to remain elevated due to strong global demand and disrupted Russian coal supply.

“Due to our coal contracts in general being on a three-month lag basis, we expect June quarter realised pricing to improve further," the company noted.

Reflecting on the past quarter, CEO Gerry Spindler commented:

Coronado was one of the first pure-play coal operators in the world to return to a net cash position following the impacts of COVID-19 and lower price cycle.”

“Our balance sheet is strong, and we are delivering on our capital management plans as promised.” 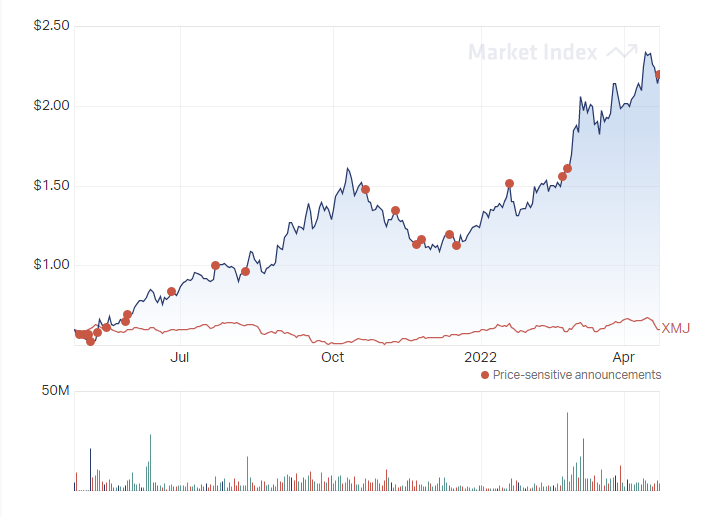 Consensus on Coronado is Strong Buy.

Based on the brokers covering Coronado (as reported on by FN Arena) the stock is currently trading with 12.5% upside to the target price of $2.48.

Goldman Sachs maintains a Buy rating on Coronado on compelling valuation and an ongoing tight Met coal market and has a target price of $3.00.

Macquarie expects realised pricing, earnings and cash flow – that has increased materially into 2022 - to continue throughout 2022, with the broker expecting Met coal prices to remain well above current forecasts.

The broker maintains an Outperform rating, with the price target rising to $2.20 from $2.00.

Morgans believes the company is well positioned to fund organic growth, and has potential for M&A. The broker maintains an Add recommendation and target price of $1.96.

Based on Morningstar's fair value of $2.55, the stock appears to be undervalued.