Pilbara Minerals’ (ASX: PLS) board has given the green light to increase the Pilgangoora Operation’s nameplate production capacity by 17% from 580,000 to 680,000 tonnes per annum of spodumene.

The production increase will be achieved via the construction of a primary rejection separation circuit and a crushing and ore sorting facility. The two initiatives will cost a combined $297.5m, including a $50m of pre-investment capital for future expansion plans.

The expansion project will begin construction in the coming months, with commissioning of the primary rejection facility in the second-half of 2022.

The capital costs will be funded by existing cashflow and debt facilities.

In parallel with the expansion project, Pilbara Minerals provided an upbeat operations update.

Spodumene production in the June quarter is estimated to be between 123-127,000 dry metric tonnes (dmt), up 54% compared to the March quarter.

This is finally some good news from a production standpoint, following two consecutive production downgrades last August and December.

Inflation has seen a substantial uptick in unit costs, now expected to be in the range of $650-680/dmt compared to the company's previous guidance of $490-530/dmt. 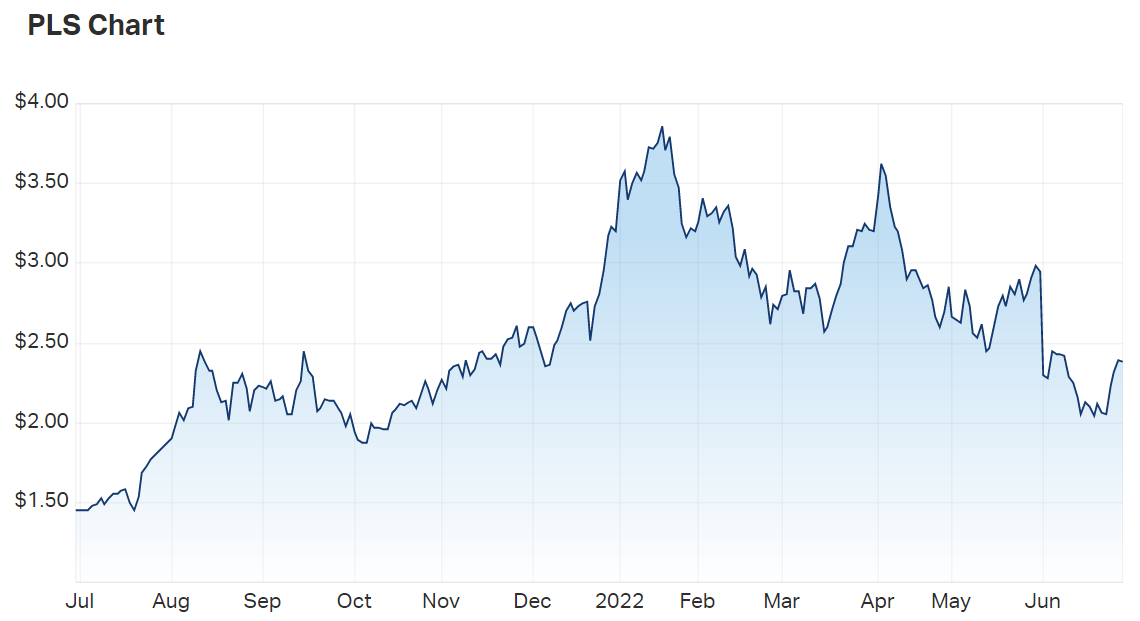