Crude oil prices plunged as much as -11% overnight amid growing recession fears and another round of lockdowns in China.

Brent crude oil prices hit session lows of US$101.2 a barrel, down -10.9%, the largest daily decline since March.

Oil majors Woodside (ASX: WDS) and Beach Energy (ASX: BPT) shares are both down more than -5% in early trade.

On Tuesday, the Atlanta Federal Reserve’s ‘GDP Now’ model - the central bank’s primary tool for measuring real-time economic growth - indicated that real GDP shrank -2.1% in the second quarter. This implies that the world’s largest economy is already in a technical recession, defined as two consecutive quarters of negative GDP growth.

The Bank of England Financial Stability Report released on Tuesday night was also rather bearish on commodities, with notable comments observing “stress building up” and “vulnerabilities” in commodity markets.

Safe haven assets are back in demand, notably US Treasuries and the US dollar. The US dollar index hit a 20-year high overnight and trading near parity with the Euro - a level not seen since 2002.

A strong US dollar typically weighs on greenback-dominated commodities, as it becomes more expensive for other currency holders.

Shanghai is entering a heightened daily testing regime, with almost all of its 25m residents subject to two new rounds of mass testing over a three-day period.

China’s financial hub has yet to re-enter an official lockdown, but still possible under the nation’s ‘zero tolerance’ policy.

Elsewhere, the ancient city of Xi’an has entered into a 7 day lockdown following the outbreak of the highly transmissible Omicron BA.5 subvariant. Xi’an has a population of around 13m.

The nervousness around another full blown lockdown in China is further stoking oil demand fears.

In response to the dip, Goldman said oil had 'overshot' as the global deficit remains unresolved.

To that point, OPEC members are pumping far less than the production hikes they've been pledging since late last year.

OPEC compliance with pledged cuts was 253% in June, up from 178% in May, according to Reuters.

Oil prices have since bounced strongly off the symbolic US$100 level, currently trading at US$105 at 11:00 am AEST. 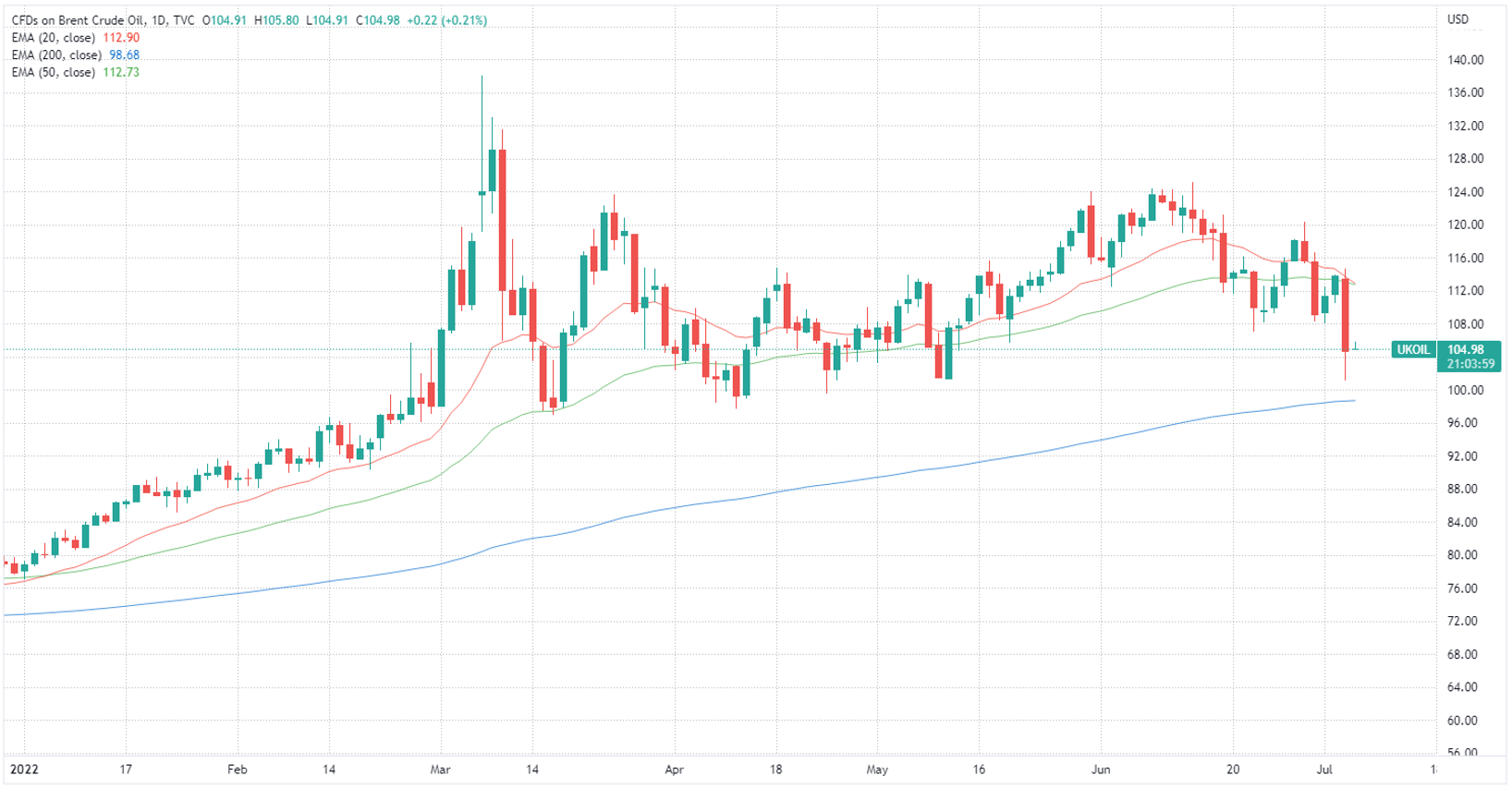