While BGH Capital claims the bid "delivers a significant premium" to the group's share price at the end of 2021, up 57% from the dividend adjusted closing price of $5.09 on December 13, the jury’s out on whether this is will be attractive to shareholders.

To the uninitiated, Virtus is an international, assisted, reproductive services provider with operations in Australia, Denmark, the UK, Ireland, and Singapore.

A provider of pathology and reproductive genetics services, Virtus has 126 fertility specialists and 1300 staff.

While rival buyout firm UK’s CapVest has already made an $8.10-a-share offer – which Virtus was quick to recommend - BGH Capital’s offer may be seen as cleaner exit alternative.

For example, BGH’s off-market bid was also structured as an all-cash offer. The bid also plays on the lingering uncertainty around possible tax treatment of the rival bid.

For example, while the BGH offer has no reliance on any tax rulings, questions have already been asked about the underlying value of CapVest’s two-headed takeover.

Under the CapVest bid, the company will pay $8.25 a share for Virtus via a scheme of arrangement, or $8.10 a share under a takeover offer structure assuming the scheme falls over.

Here’s where the CapVest bid becomes a little more convoluted. The $8.10 a share is comprised of a 12¢ interim dividend (record date March 24), up to 44¢ in a special franked dividend, a $2.67 capital return with the rest being chipped-in via CapVest in cash.

The twist in the tail is that the capital return is subject to a tax office class ruling, which surprise, surprise will only surface after Virtus shareholders vote on the deal.

Under a favourable ruling, Virtus shareholders stand to receive as much as $2.67 as a capital gains tax event. However, assuming the ruling is far less favourable, 50%-plus could be deemed as an unfranked dividend and subjected to the more burdensome income tax outcome.

Based on some initial analysis, an unfavourable ATO class ruling – which divides $2.67 between capital return and unfranked dividend – pegs the underlying value at around $7.80-a-share for Australian taxpayers. 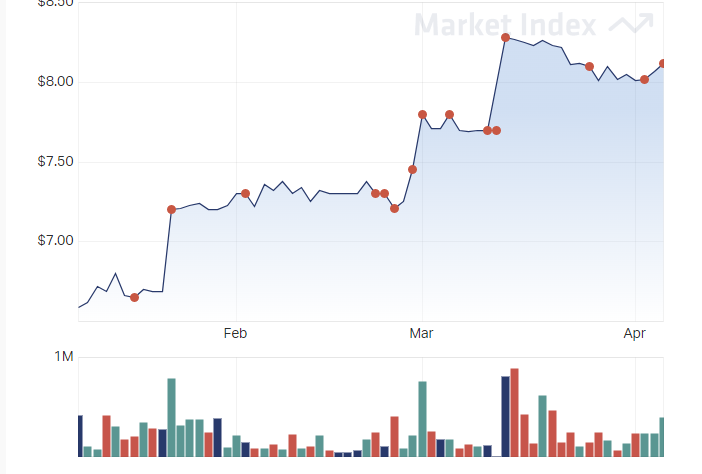 Based on the three brokers covering Virtus (as reported on by FN Arena), the stock is trading with a -9.2% downside to the target price of $7.36.

Mid-March Morgans retained a Hold rating and raised its target price to $8.25 from $7.60 to match the offer by CapVest.

Despite the 1H net profit being -12% below Macquarie's forecasts, the broker believes this reflects an investment in future growth with the market continuing to benefit from behavioural shifts.

Having concluded that growth is captured in current forecasts, the broker downgrades to Neutral from Outperform.

Consensus on Virtus is Hold.

Based on Morningstar’s fair value of $9.21, the stock appears to be undervalued.