A warning by Metcash (ASX: MTS) this morning that inflation could affect consumer behaviour across its stores and those of its partners, did little to curb the market’s thumbs up to what was a strong FY22 result, with the share price up 6.78% at the open.

Despite wholesale price inflation accelerating in the second half - with price increases being received from 60% of the supplier base – management plans to help shoppers manage the impact [of inflation] by providing better value options through offering a wider range of products at competitive prices.

Metcash also declared a final dividend of 11¢ per share, bringing total dividends for FY22 to 21.5 cents per share, an increase of 22.9% on the prior corresponding year.

Commenting on the result, group CEO, Doug Jones believes record sales results were underpinned by the success of MFuture initiatives designed to further improve the competitiveness of the group’s retail network, continuation of the local neighbourhood shopping trend and the success of recent strategic acquisitions.

Hardware is the standout

While the group reported earnings growth within all pillars of the business, with food and liquor up 4.1% and 9.8% respectively, hardware was the standout with earnings growth up 40.7%.

Due to significant growth in both IHG and Total Tools and the impact of acquisitions – including an additional 20 joint venture and company-owned (hardware) stores acquired during the year which added $95m of sales - overall, hardware sales increased 20.5%.

Metcash has signed a long-term lease agreement with the Goodman Group (ASX: GMG) for the construction and leasing of a new wholesale distribution centre (DC) at Truganina, Victoria.

The new 115,000m DC, which will replace Metcash’s existing 90,000m DC at Laverton, is expected to help further improve the competitiveness of its independent retailers in Victoria through delivery of greater efficiencies and by providing access to a wider range of products.

Construction of the DC is scheduled to commence in the first half of FY23, with completion expected mid-2024.

The capital cost to Metcash for racking and other fit-out of the DC is expected to be around $70m, with $20m scheduled to be incurred in FY23. 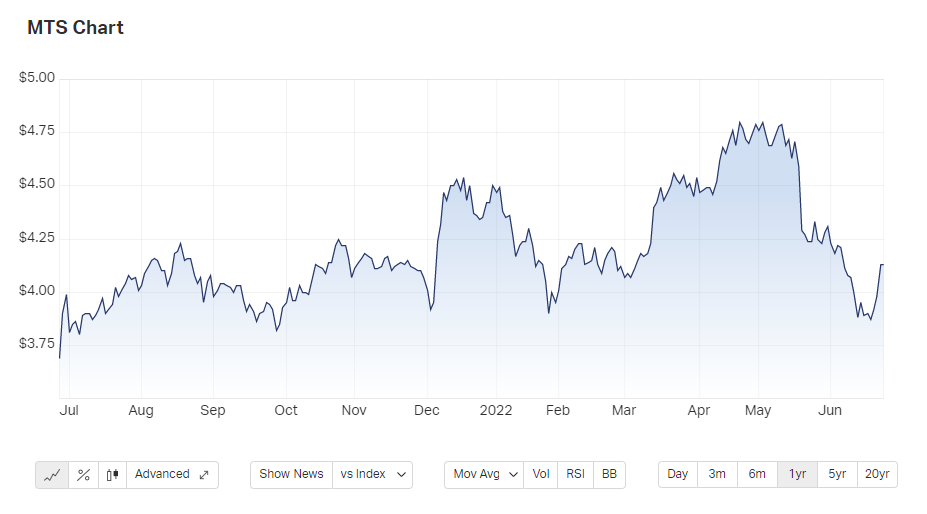 Reflecting the impact of the $400m of shareholder distributions from the share buy back and increase in dividends paid, plus the strategic investment in inventory, the group ended the financial year with net debt of $189.0m.

Consensus on the stock is Moderate Buy.

Based on Morningstar’s fair value of $3.78 the stock appears to be overvalued.

While Goldman Sachs expects strong growth on the hardware segment, the broker also flags the risk of worse than expected variable cost inflation.

Today’s result may test the broker’s Buy rating and target price of $5.00.