After falling by as much as -6% last week following a reported drop in first-half net earnings, shares in Medibank Private Ltd (ASX:MPL) traded flat today despite upgrades by Morgans and Citi on the back of more bullish outlooks.

While other bank analysts were more cautious, maintaining existing ratings with slightly lower target prices, both Morgans and Citi expect margin gains for the FY22 due to cost-cutting, stable margins and the prospect of further deals to buy hospital stakes.

The first half result included news that management expense ratio (MER) - the broad indicator of operating costs in the sector -  fell slightly in first half FY22, to 7.2% in the health insurance division.

However, Morgans believes there are “over 10% total shareholder returns on offer over the next 12 months”.

Highlights of the first half result

Management upgraded FY22 guidance to 3.1%-3.3% from 3% previously and expects continued margin growth and a reduction in claims inflation to 2.3% from 2.4%.

Citi cites “potential bolt-on” acquisitions as a reason for its own upgrade.

Medibank has already purchased a stake in one Sydney private hospital and established a joint venture to build a second hospital in Kew, Melbourne, by 2023.

CEO David Koczkar noted that the insurer is close to a deal to acquire a stake in a third short-stay hospital.

"Our aspiration is to invest in a network of short-stay hospitals through partnerships and in collaboration with doctors in major markets across the country.”

The strategy to buy hospital stakes could allow the insurer to clamp down on out-of-pocket costs paid by customers - one of the main reasons for clients to question the value of their health insurance. 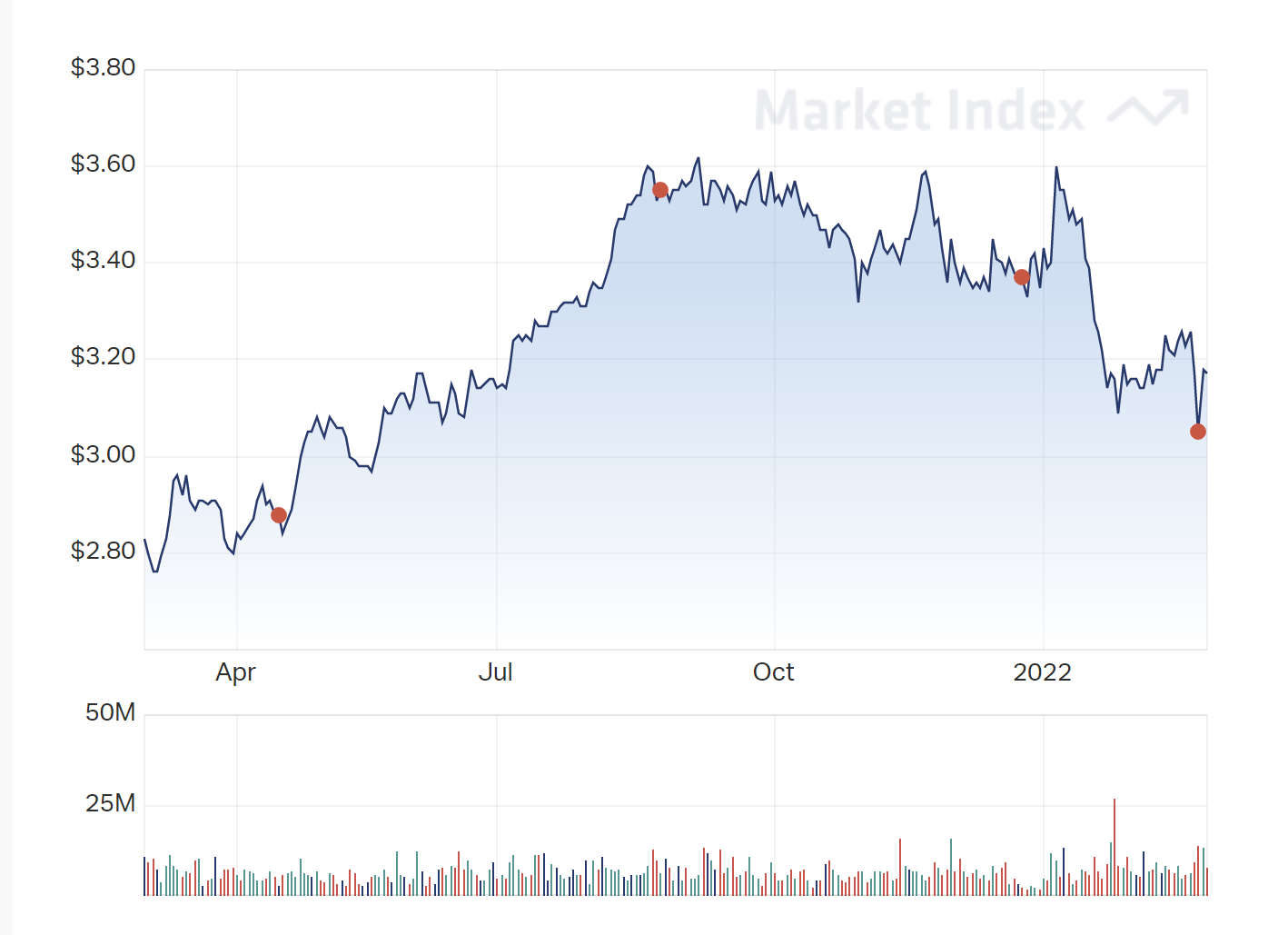 UBS described Medibank’s half-year result as solid, but nonetheless cut its target price to $3.25 per share, from $3.50.

Credit Suisse notes the company's productivity program is delivering results and likes the fact that 70% of new customers were under the age of 40. The broker’s Outperform rating is retained, with the target price falling to $3.50 from $3.70 to reflect lower market multiples.

Morgan Stanley believes Medibank is at the beginning of a long transformation into a health services company and expects the share price will re-rate accordingly. Overweight rating retained. Price target eases to $3.50 from $3.70.

Ord Minnett notes that while first half results for Medibank Private revealed a beat for underlying net profit and dividends, there’s  underlying pressures on gross margins in FY22.

The broker’s Lighten rating is retained due to the risk of a change of government policy in the space and gross margin pressures. The $3 target is unchanged.

Based on the brokers that cover Medibank (as reported on by FN Arena) the stock is trading on a 5.8% upside the current price.

Consensus on Medibank Private is Hold.

Based on Morningstar’s fair value of $3.19 the stock is fairly valued.