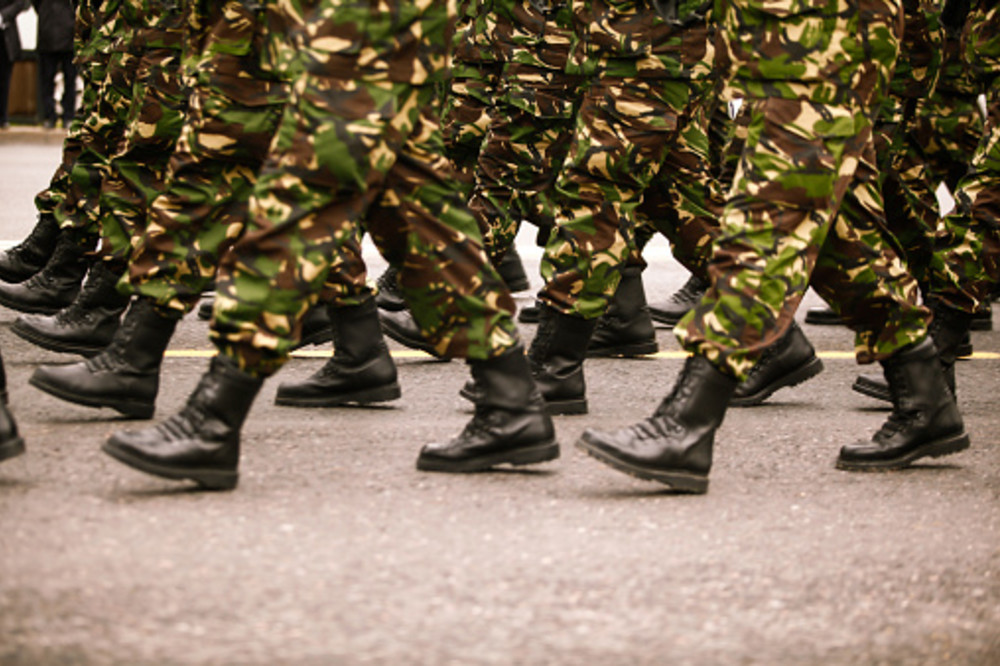 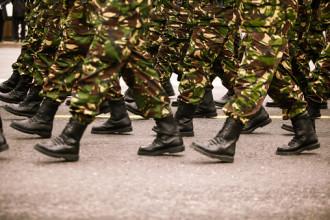 Australian bonds yields have been on the move since the latest data revealed core inflation had accelerated to 3.7% and that the consumer price index (CPI) – which spiked to 5.1% in the March quarter - the purest proxy into inflation – is well on its way to a forecast peak of 6% by year-end.

For added context, the projected 6% by year’s end is nearly double the projection contained within the last set of forecasts, published in February.

In the wake of these numbers, three-year Australian yields surged as much as 10 basis points to 2.75% and yields on benchmark 10-year government notes jumped 14 basis points to 3.26%.

What was also playing on investors’ minds was the dramatic change in the underlying narrative from our central bank.

With the RBA now seemingly in lock-step with the more aggressive US counterpart (The Fed) - which is expected to tighten yet again next week - the market is also now pricing in the potential for outsized moves.

As a case in point, swaps traders are pricing in a 1% RBA cash rate by July, which would require the RBA to boost the benchmark beyond the usual 25 basis points at one of the coming three meetings.

The Interbank futures are expecting another quarter of a percentage point increase in June, to 0.7%, followed by successive moves that would take the cash rate to 2.7% late in 2022.

The market is now inferring that an equivalent 13 successive increases of 25 basis points, will see the cash rate hit 3.6% by mid-2023.

With local speculation now mirroring that of global peers, the Australian three-year rate was - following the rate hike - pushed up to 3.04% for the first time since April 2014. By comparison, the Australian 10-year bond rate jumped to 3.41%, a level also last recorded some eight years ago.

In sync with its more aggressive rhetoric, the RBA has no plans to reinvest any maturing bonds it owns from a $350bn stockpile accumulated during the pandemic to force down yields.

However, RBA Governor Philip Lowe reassured the market that higher-than-expected inflation would not force the central bank to actively sell bonds, as recently witnessed by numerous other central banks. 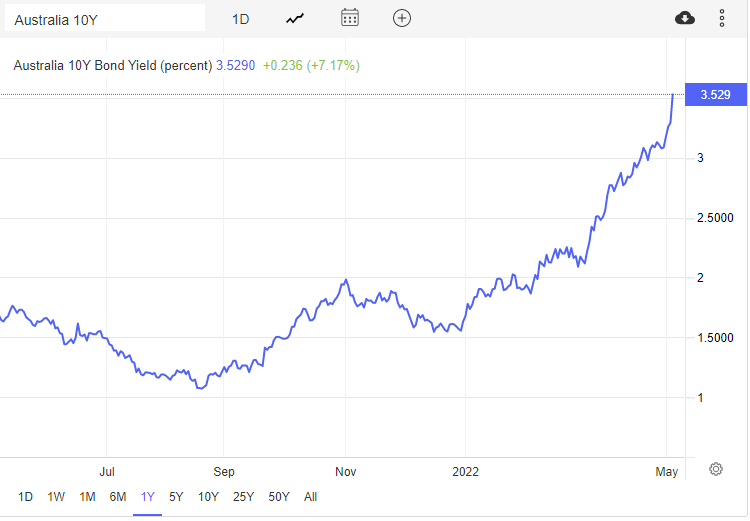