The drilling program has faced some delays due to seasonal weather conditions including higher temperature and intermittent rainfall.

The company said that a total of 7,789m of RC drilling has been completed to date, which represents approximately 12% of the overall program.

A consignment of 1,400 drill samples have been sent for lab testing and results are expected to emerge from the second-quarter of 2022.

A diamond drilling program aimed at testing and expanding the MBLP’s deposit is planned to commence in the third-quarter of 2022. 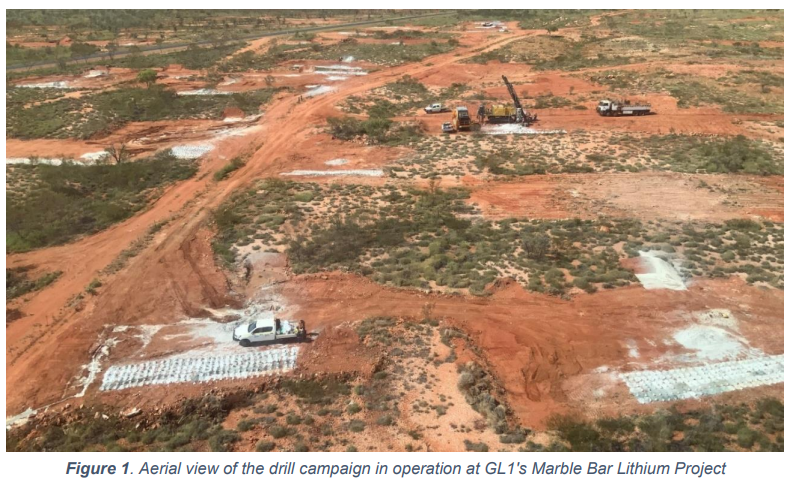 Global Lithium is undergoing a detailed study including a field reconnaissance trip in the lead up to a drilling program at Manna.

The capital raising was conducted at $1.35 per share, representing a 15% discount to its last close.

The discount and dilution from a capital raising typically weighs on the near-term performance of a stock.

The company's stock is down -7.7% in early-trade on Tuesday, likely due to profit taking.