With the pandemic-induced boom now cooling off, Goldman Sachs Research suggests we’re now witnessing a global slowdown in the housing market everywhere from Toronto to Auckland.

What shouldn’t be lost on investors, warns the broker is how directly exposed housing is to interest-rates - more so than any other sector – with mortgage rates having already spiked sharply since last summer in the UK, Canada, NZ and the US. 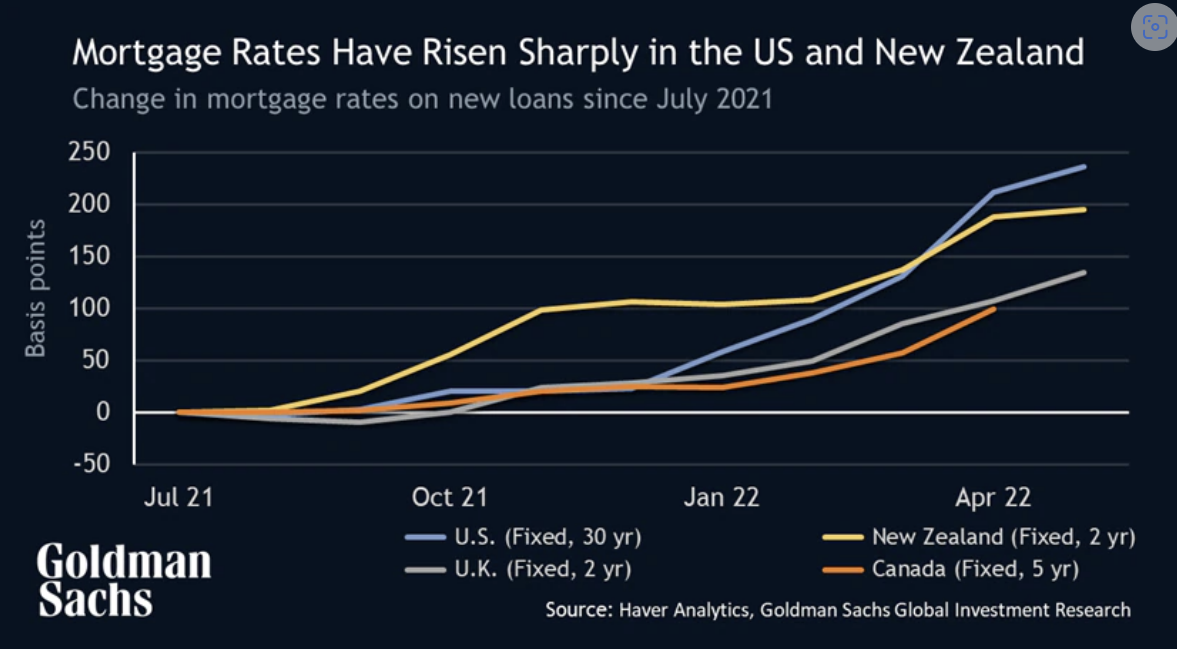 Goldman’s points to a stark change already well underway within the housing picture of many developed countries.

As a case in point, home sales are down by -40% from their pandemic peak in the US and by half in the UK.

While house prices are still rising in the US, Germany and the UK, declines are currently being experienced across Australia, Canada, Sweden and NZ where home prices are now 8% down from their peak during the pandemic.

Goldman foresees house prices experiencing a peak-to-trough decline of -12% in Canada, -9% in France and -3% in the US over the next two of years.

“The slowdown will be sharpest in Canada due to weak recent momentum, low affordability and rapid policy hikes by the Bank of Canada,” the broker notes. 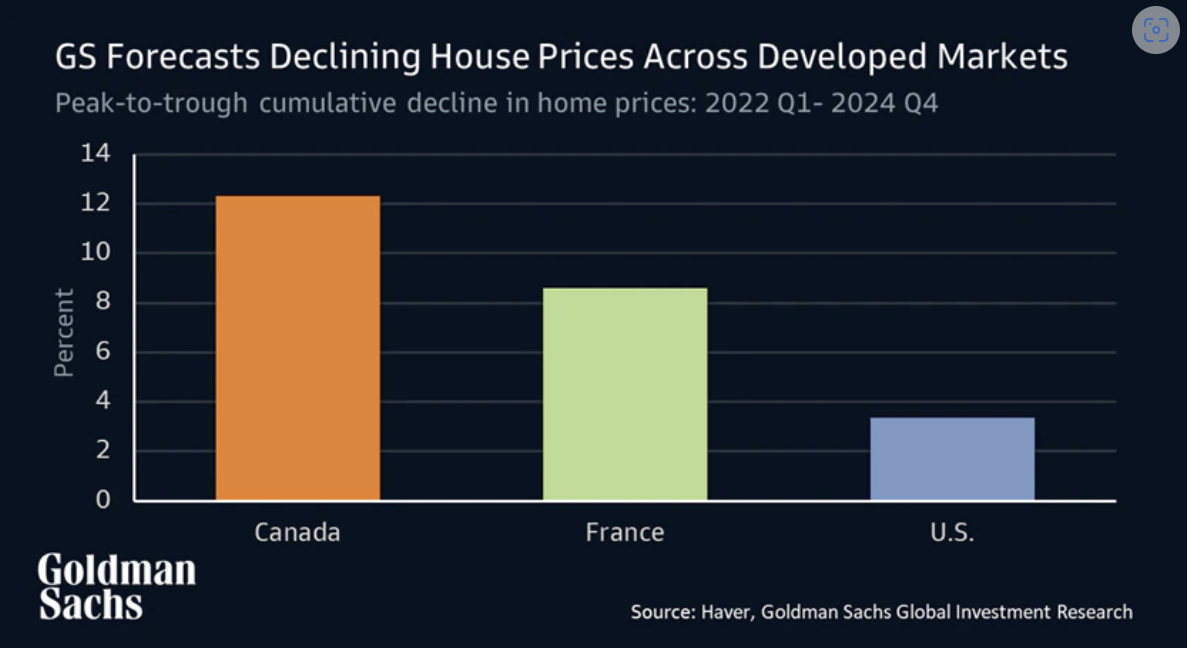 But the broker reminds investors that housing affordability issues extend well beyond Canada and NZ, with the [affordability] index having plunged by the most in the US over the last year.

Affordability aside, Goldman notes the supply of housing is especially tight in many countries, including the US, Canada, the U.K. and NZ.

From a longer-run demand perspective, Goldman also notes the working-age population has grown quickly in recent years in Canada and steadily in the US, Sweden and France.

At face value, Goldman’s believes the signs that the surge in housing sales and prices during the pandemic have come to an end are irrefutable.

The broker expects growth in advanced economies to slow in coming quarters and the recent housing trends only reinforce that expectation.

“While a tight housing market may be enough to avoid a slump, the rapid deterioration in affordability and large drops in home sales suggest that a housing downturn is a real risk.”