Forrestania Resources (ASX:FRS) has won a Program of Work (POW) approval from the WA government to commence lithium drilling at its Forrestania Project in southern WA.

Initial drilling will commence at site in the near future targeting the South Iron Cap East prospect.

The Forrestania Project is prospective for both lithium and gold. 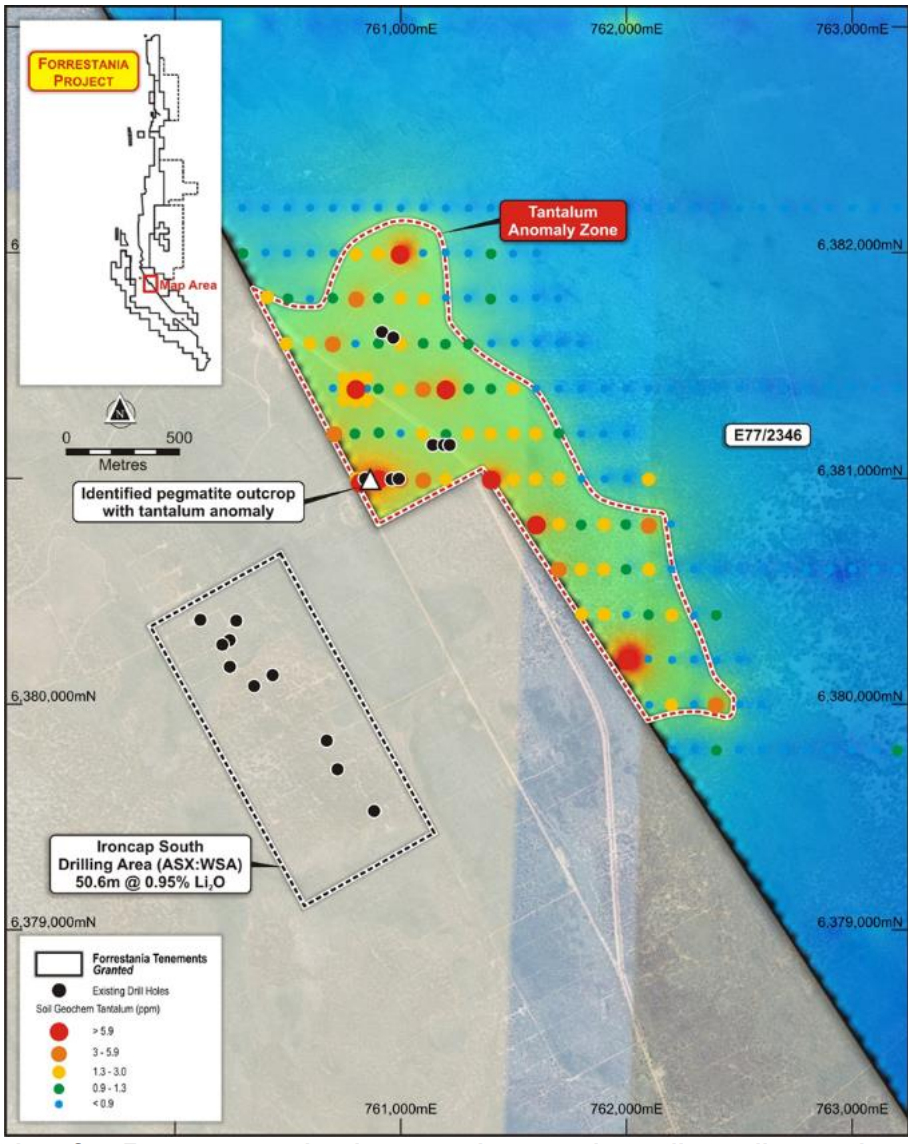 While Forrestania prepares to start drilling at South Iron Cap East, the company’s geologists continue to carry out soil sampling at nearby prospects.

The company notes evidence of gold and lithium mineralisation has been found, but nickel prospectivity is not yet determined.

The experts believe the lithium deposits at South Iron Cap East have been exposed to less weathering, which the company says is evident at its Earl Grey lithium target some 6km away.

Iron Cap, however, is thought to boast tantalum, caesium, rubidium and beryllium, all elements with a higher resistance to weather profiles.

Forrestania is engaging with an environmental consultancy to assist.

Drilling at Iron Cap is set to commence between now and September 2022. No date is given for Black Prince.

Forrestania's three month charts against the materials index; FRS was up 14% at close on Friday