The lodged documents for assessment include:

“We believe we have submitted a project which is not only sensitive and responsible with the approach it takes to mining, processing and rehabilitation but will leave environmentally sensitive areas and wildlife in the region that surrounds the project in a better position,” said Managing Director Joe David.

Construction of Oropesa is expected to take approximately 1.5 years.

In parallel with the approvals process, Elementos expects to deliver Oropesa's Definitive Feasibility Study around the first-quarter of 2023.

Elementos considered Oropesa as "one of the world's largest undeveloped, open-cut mineable tin deposits". Previous studies have estimated 13 years of mining operations to deliver a total 3,350 tonnes of tin.

The company's March optimisation study reported a post-tax net present value (NPV) of $198m based on a tin price of US$32,500 a tonne. Momentum behind tin prices provides further upside to Oropesa financials, recent observations include: 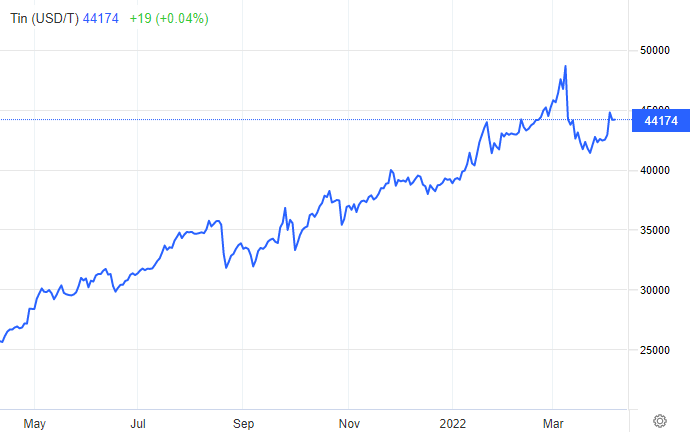 Tin is the metal most impacted by electrification and new green technologies, according to Rio Tinto.

Elementos recently flagged that the tin market was in its 4th consecutive year of deficit, with approximately 3 days of global demand left in LME and Shanghai Futures stockpiles.

Despite the supply tight narrative, tin remains under-the-radar for many investors. Perhaps being considered the 'humble tin can' and lack of listed tin stocks is the blame.