Latin Resources (LRS) share price was up by as much as 10.56% before giving back early morning gains (-3.95%) in afternoon trading following confirmation of more lithium-bearing pegmatites from its latest drill holes.

What sparked the market’s excitement this morning were revelations of “outstanding” results from two diamond drill holes at the Salinas Lithium Project in Brazil.

Assay results continue to show consistent down hole and down dip grade profiles, which is now demonstrated across the first two wide spaced drill sections.

The latest results at the Salinas project have returned a peak grade of two metres at 3.07% lithium oxide in drill hole SADD004, and a peak of 1.9m at 2.13% lithium oxide at the SADD003 site.

Latin has also reported about 350m north of the above holes, where it encountered fresh spodumene in hole SADD0011. 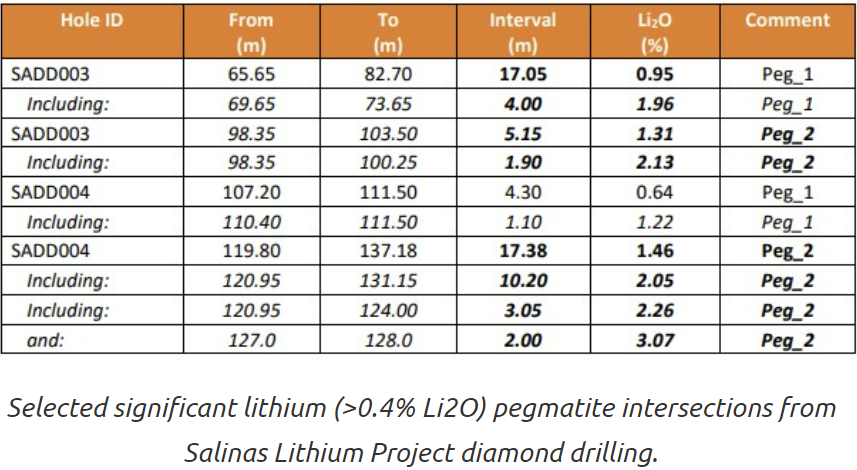 Management notes these results give the company confidence to scale up the drilling team to fast-track mineral resource definition drilling.

Commenting on today’s announcement, managing director Chris Gale believes new evidence of an extension in strike length of the spodumene pegmatites - coupled with confirmation of continuing high-grades in early drilling – could lead to a major new discovery.

“We have now confirmed our initial observations that the logged lithium bearing pegmatites are increasing in thickness as we move south, while maintaining the very high-grades seen in the first two holes,” said Gale.

We have now confirmed spodumene bearing pegmatites over a continuous strike length approaching one kilometre.”

The company expects to report more results within the next few weeks.

As announced last week, the company has expanded out the tenement holding in the area to cover another known high-grade lithium outcropping pegmatite.

This new area is expected to become Latin’s second frontline in the area, as it moves to fast-track mineral resource definition with infill and step-out drilling at the initial prospect; while also commencing drilling on the new Monte Alto prospect to the east.

“With more assay results to come from holes SADD005 and SADD006, the strong evidence of a northern extension of the spodumene pegmatite system, and the commencement of drilling on a second working front at Monte Alto, it is an extremely exciting time for the company. Expect more to come over the next few weeks,” said Gale. 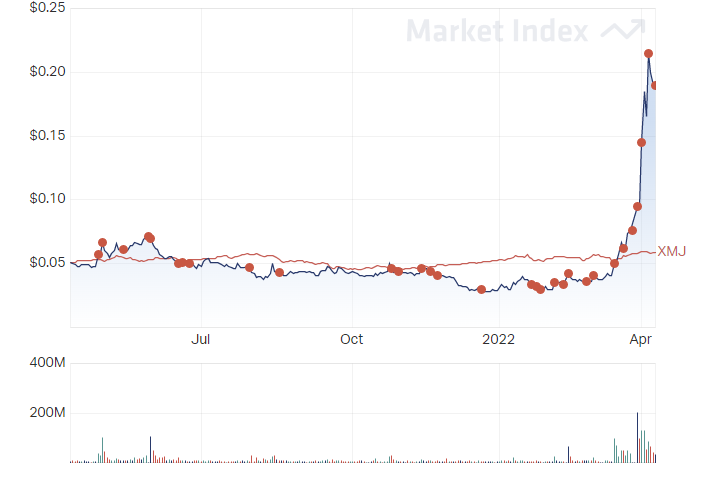 Latin Resources’ share price is up 607% year to date and has increased 294% in the past 12 months on the back of soaring lithium prices.

Based on Morningstar’s fair value of $0.28, the stock appears to be undervalued.

A reversal of early morning gains may denote some profit taking, with some shareholders chosing to lock-in some extraordinary returns over the last 12 months.