This phenomenon is driven by the fact that, during these recessions, commodities themselves are the binding constraint on the economy, according to Goldman. A rather relatable observation given the how tight commodity markets have become following Russia's invasion of Ukraine, alongside labour shortages, weather conditions and supply chain constraints.

Price pullbacks are then viewed as a catalyst to stimulate further real activity, which in turn softens the retrancement. 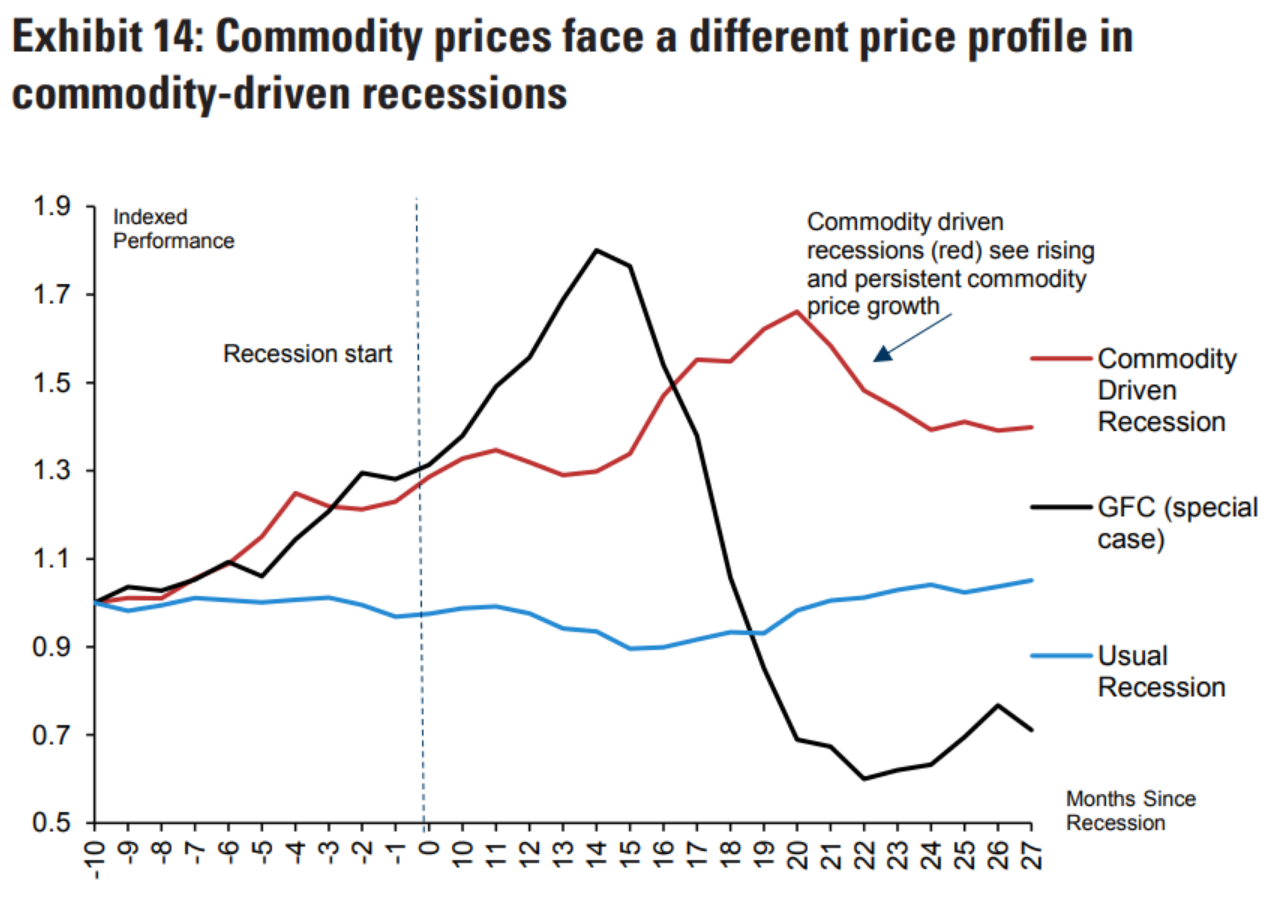 With interest rates having to rise during such inflationary, but also recessionary periods, bonds' usual outperformance of commodities is weaker, noted Goldman. This tends to be the case until central banks begin to cut interest rates and re-inject liquidity into the system.

The investment bank acknowledged that there are clear macro-risks on a longer-term horizon, but they remain broadly minimal to commodity returns.

Still waiting for a recession

Traditionally, recessions have been defined as two consecutive quarters of decline in real GDP.

However, the US National Bureau of Economic Research has relaxed that definition to a broader period of significant economic decline, lasting more than a few months, with includes a visible decline in real GDP, employment, industrial production and wholesale retail sales.