Based on its market’s cap ($1.1bn) which puts it just inside the ASX300, the Australian Agricultural Co (ASX: AAC) should receive a lot more market and broker attention that it appears to.

However, the world’s largest cattle producer soared to a four-year high yesterday following a re-valuation of property assets with the stock ending yesterday’s session at $1.88, up 11% since the start of May, which put the stock up 54% for the 12 months.

The past week has also seen a major uplift in daily trading volumes with Heytesbury’s Peter Holmes a Court, and WA's Andrew Forrest both securing significant holdings in the stock over the last two weeks.

What captured the market’s imagination 9 May were revelations the company was expecting a $254.5m boost to the fair value of its pastoral property assets, effectively nudging the aggregate figure up to $1.17bn as at 31 March.

The net effect was a major boost to the company’s net tangible assets (NTA).

But that’s only half the story, based on today’s announcement, which includes a 200% jump in its full year net profit after tax to $136.9m, the stock should be trading higher at the close today.

However, at the open the stock was dragged down (-6.38%) along with the broader market (S&P/ASX200 down -1.75%) following a major selloff on Wall Street overnight.

Management notes a focus on brand was also tributary to a 21% increase in average meat sales per kilogram, which was offset the 14% decrease in meat volume sales due to the company’s attempts to rebuild its herd in the wake of recent floods and droughts.

Other highlights within today’s result included:

Commenting on today’s result, managing director Hugh Killen notes the result confirms the group's commitment to invest in its brands and properties can produce "positive financial results even in a turbulent global operating environment".

“While the recovery of foodservice as covid-19 restrictions ease has been an important enabler to our results, it has allowed us to realise the hard work implemented during the peak of the pandemic in improving brand awareness and in market allocation,” Killen also noted.

On its outlook, the company expects global supply chains to continue to be impacted by increasing geopolitical risk.

"This along with inflationary pressures will impact cost of key inputs across the beef supply chain."

In July the company plans to update the market on the recently released sustainability framework on five major commitments.

Based on Morningstar’s fair value of $2.12, the stock appears to be undervalued. 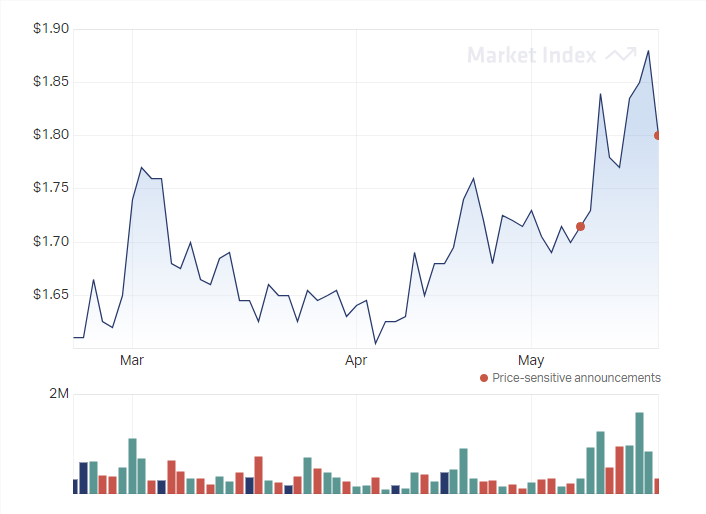