The single biggest piece of news emanating from ANZ (ASX: ANZ) today is the revelation that the big-four bank has agreed to pay $4.9bn to acquire Suncorp Bank (ASX: SUN).

In the next breath, ANZ also announced that discussions with private equity group Kohlberg Kravis Roberts & Co (KKR) over a potential deal for MYOB are now dead in the water.

Given that ANZ’s current share of home lending (13.1%) will only nudge to 15.4% (still in fourth spot) once Suncorp Bank’s 2.3% share is added, the deal is unlikely to encounter any regulatory hurdles.

Within a separate presentation this morning ANZ gave investors insight into the drivers behind today’s decision.

In addition to flagging Suncorp’s $47bn in home loans, which it described as having “a strong risk profile” ANZ also pointed to Suncorp’s $45bn in deposits and $11bn in commercial loans.

While ANZ won’t announce specific financial and strategic details for the transaction until its third-quarter trading update, the bank will not be changing the total number of Suncorp Bank branches in Qld for at least three years from completion.

The bank also confirmed that Suncorp Bank will continue to be led by CEO Clive van Horen, who will report to ANZ CEO Shayne Elliott.

Elliott referred to today’s deal as a “cornerstone” investment for ANZ that will accelerate the growth of its retail and commercial businesses and improve “the geographic balance” of its bank in Australia by boosting its position in Qld.

The Suncorp brand will continue in place for at least five years,” Elliott noted today.

“If we were to retain a separate brand it would be to ... attract a different segment.”

The remaining balance will be funded with $1.4bn from its existing resources.

ANZ shares are expected to stay off the ASX for the first half of the week while institutional component of its capital raising plays out.

Within a separate trading update today, ANZ pointed to home loan lending volumes growing by $2bn, or 3%, in the third quarter, and on-track to grow in line with its big-four peers before the end of the financial year.

The bank estimates annual pre-tax cost synergy of $260m or 35% of Suncorp Bank’s cost base, will be realised in years 4 to 6 after completion.

ANZ also expects CET1 capital ratio to reduce by around 110 basis points on completion of the deal, which is on track for the second half of calendar year 2023.

In the three months through June, ANZ’s net interest margin (NIM) increased 0.03 of a percentage point compared with 1.58% in the first half.

“With interest rates projected to increase further in coming months, this is expected to be supportive for margins in the fourth quarter.” 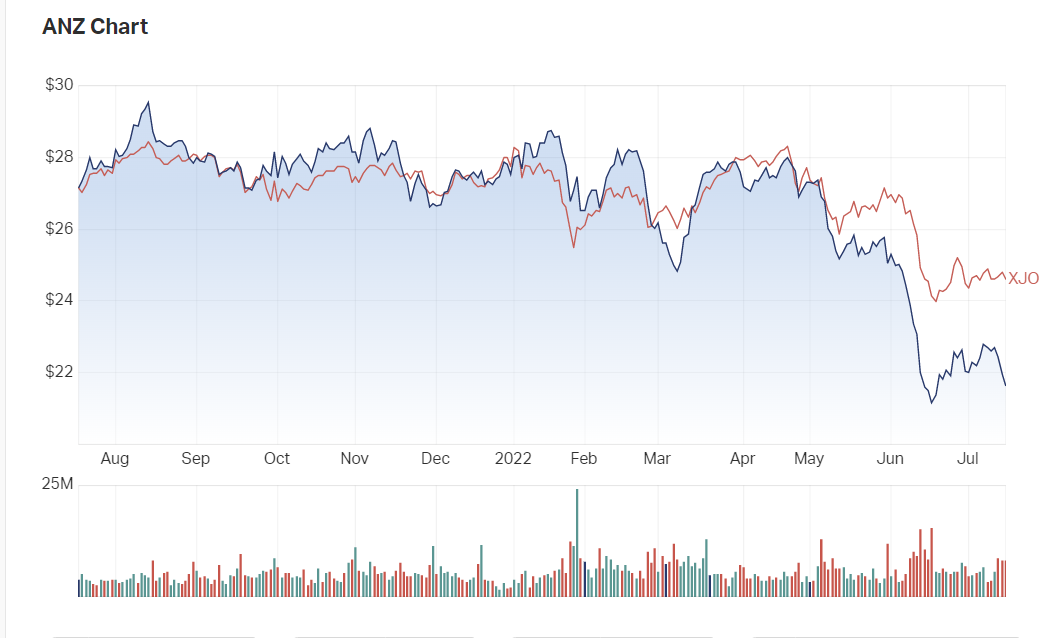 Suncorp shares were up 6.22% at the open today. 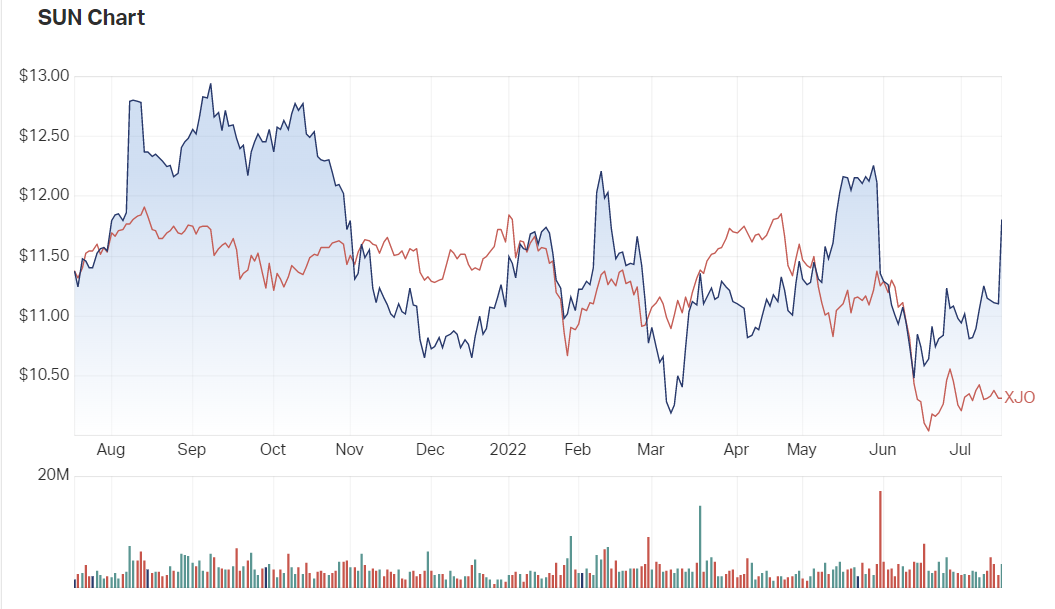 Consensus on ANZ is Moderate Buy.

Based on Morningstar’s fair value of $27.58 the stock appears to be undervalued.

As a result, the broker remains Neutral on ANZ with a target price of $29.84.

Based on the seven brokers that cover ANZ (as reported on by FN Arena) the stock is trading with 27.5% upside to the target price of $27.20.

Given the broad wariness over the proposed MYOB acquisition, today's revelations that this is off the table, may trigger broker upgrades later this week.