Through the Walyering-5 well, Talon has been instrumental in posting the third strongest ever flowrates recorded in the Perth Basin from the Walyering Gas Field alongside its partner in the project, Strike Energy (ASX:STX).

Analysis of the gas recovered, the partnership states, is of high quality with minimal impurities. In the A Sand, condensate gas ratios reflect 9 barrels per every million standard cubic feet of gas; in the B Sand, rates reflect 6bbl/mmscfd. 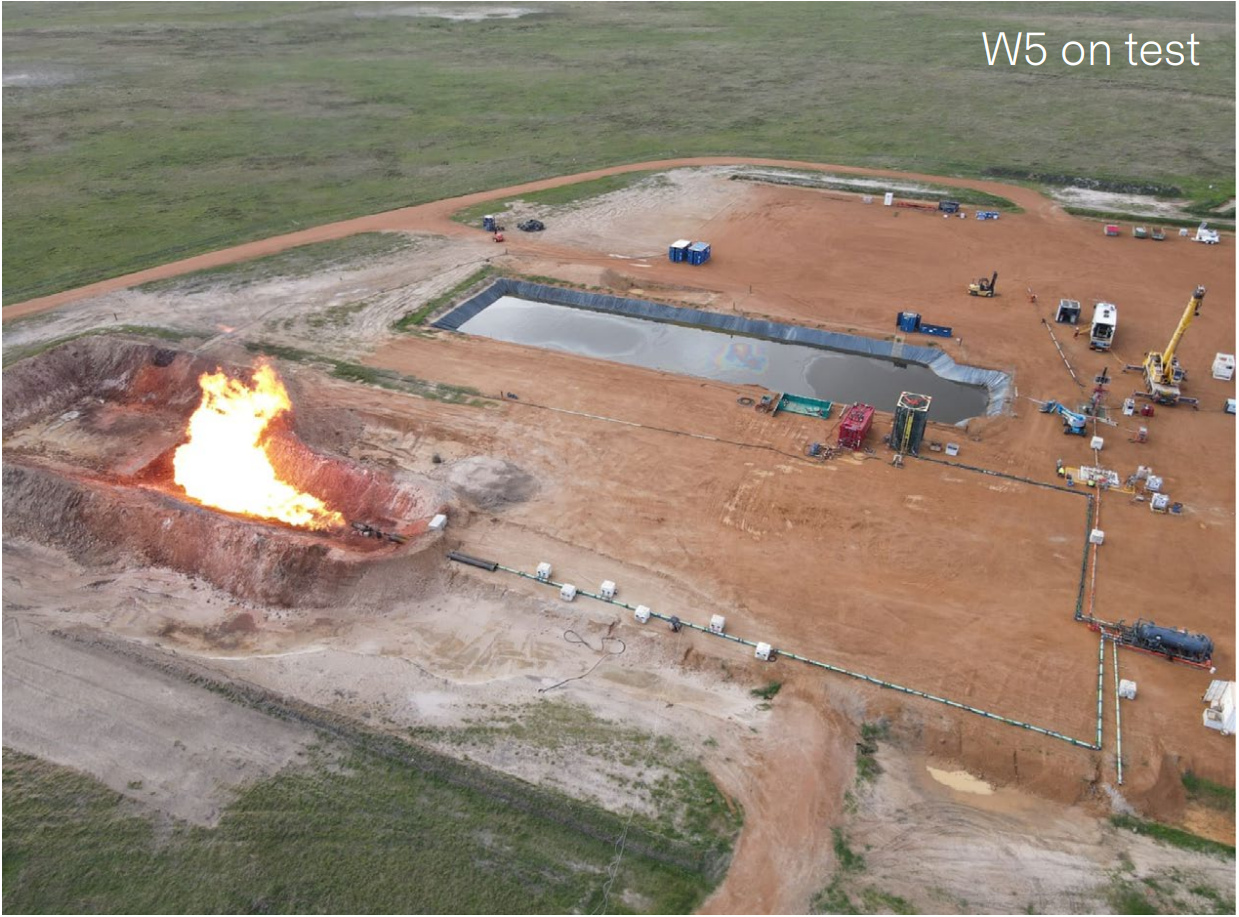 Logging the third highest test rate recovered from the area, Talon notes the flows are similar to that encountered in the Permian Gas Fairway further North which includes the well-known Waitsia, Greater Erregulla, Lockyer and Beharra deposits.

Talon Energy’s analysis of condensate liquids produced onsite reflect a light oil quality with an API between 39-47 and minimal associated water production. Across the comingled flowrate tests, total liquids produced were at 8bbl/mmscfd of light oil.

The company further believes that, due to a high back pressure on the well while flowing, the impressive results provide evidence of a materially connected gas resource underground between both Sands.

The company continues to assess bottom hole gauge data and revisions made will inform the final test results for the A, B, C, and D Sands onsite. 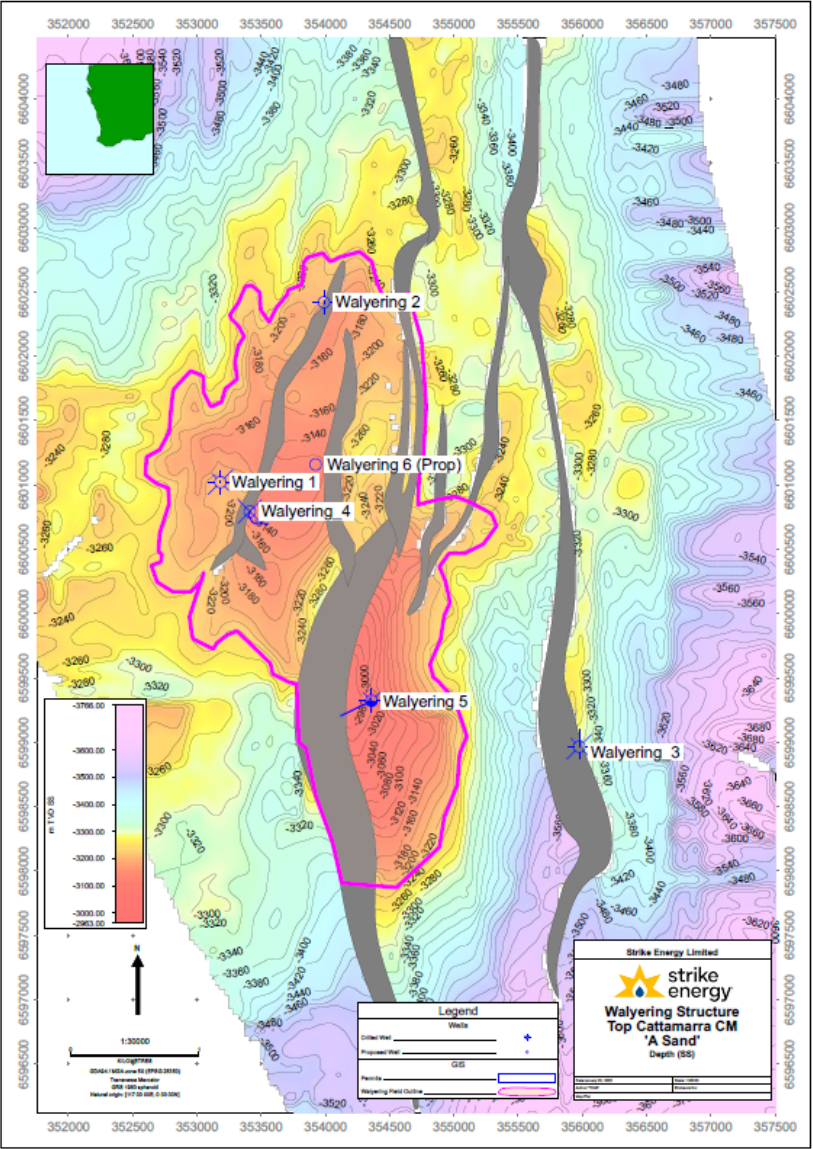 The impressive results from Walyering-5 leave Talon and its JV partner Strike Energy excited for the ongoing development of the Walyering-6 well, which is currently at a depth of 2,130m and targeting a total section depth of 2,400m.

Surface casing has been run to 2,100m depth and cemented in place. Walyering-6 drills ahead at a 12/1-4” diameter.

Talon is investigating minor upgrades to its facility design to allow for an increased throughput allowing for an upper potential estimate of 42 TJ/d production without requiring high added costs onsite. 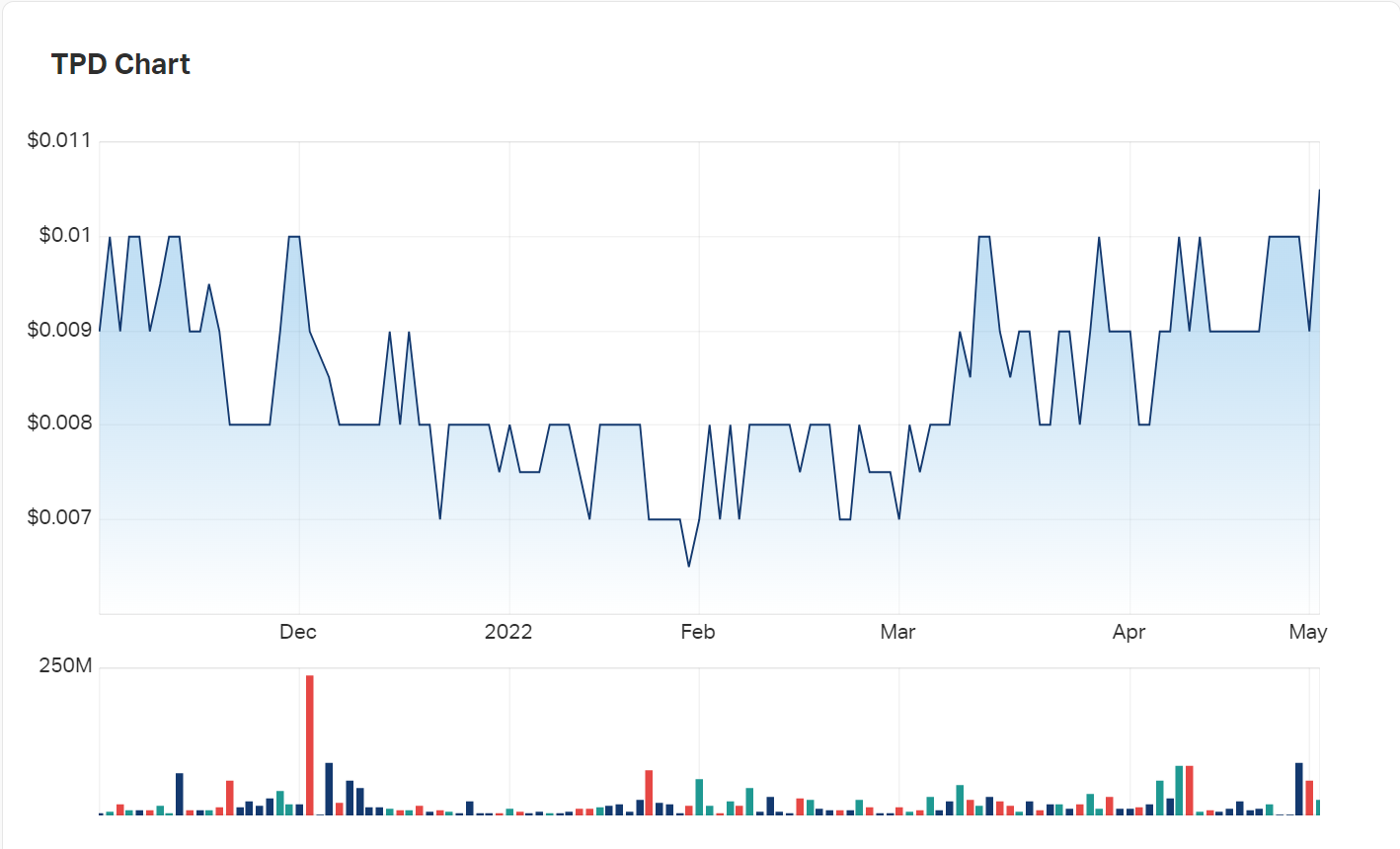 Talon Energy's charts over the last 6 months; Talon is up 16% today in morning trade

Talon Energy was a Market Index client at the time of publishing. All coverage contains factual information only and should not be interpreted as opinion of financial advice.