The Reserve Bank is forecast to raise interest rates by 25 basis points on Tuesday, further tightening financial conditions to reign in inflation.

Consensus expects a 25 bps rate hike, but 50 bps should not be ruled out.

The interest rate decision will be made at 2:30 pm on Tuesday, 7 June.

Analysts at Bank of America (BofA) said that the March quarter GDP data released last week will have more relevance for the RBA board meeting than expected.

“Economic momentum was robust despite disruptions from lockdown and floods, and even a big detraction from net exports was due to the strength of import demand,” said the bank.

“It was evidence of a clear shift in price pressures and traction for wages that highlights the RBA will have to move into a faster phase of tightening with the election now out of the way.”

BofA expect the RBA to shift to a more hawkish stance, with “three consecutive 50 bps hikes starting at the June board meeting and followed by 25 bps in September and November”, bringing the cash rate to 2.35% by year-end. 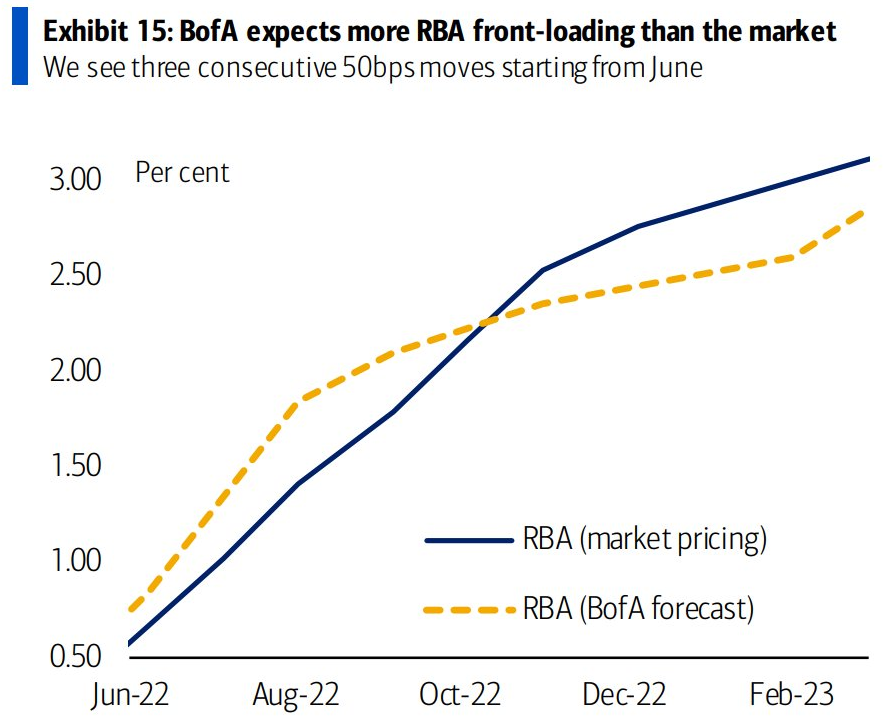 How will the ASX react?

The 25 bps rate hike in May was widely unexpected.

The S&P/ASX 200 dipped -0.5% within a few minutes and the Australian dollar spiked.

Keep an eye out for banks

The Commonwealth Bank of Australia (ASX: CBA) immediately passed on the 0.25% interest rate hike to all variable home loans. The rest of the big four banks followed suite.