A fresh batch of RC drilling results were revealed by the company today.

Included in today’s results is a 13 metre long section of core boasting a mineralised lithium density of 1.03%.

Cores retrieved from the foundation pegmatite at Manindi

The assay results today effectively extend the mineralisation on-site to over 120m of vertical depth.

The company is continuing to ascertain growth to the width of deposits.

More drilling will target lithium at depth on-site ahead of a maiden JORC mineral resource estimate, which will boost bankability of the project.

“Manindi continues to grow in scope and we now have the opportunity to carry out testwork prior to further drilling and resource estimation,” Scivolo said.

“We have [also] intersected significant mineralisation at the Bandicoot pegmatite, extending the corridor of significant lithium intersections to over 2 kilometres.” 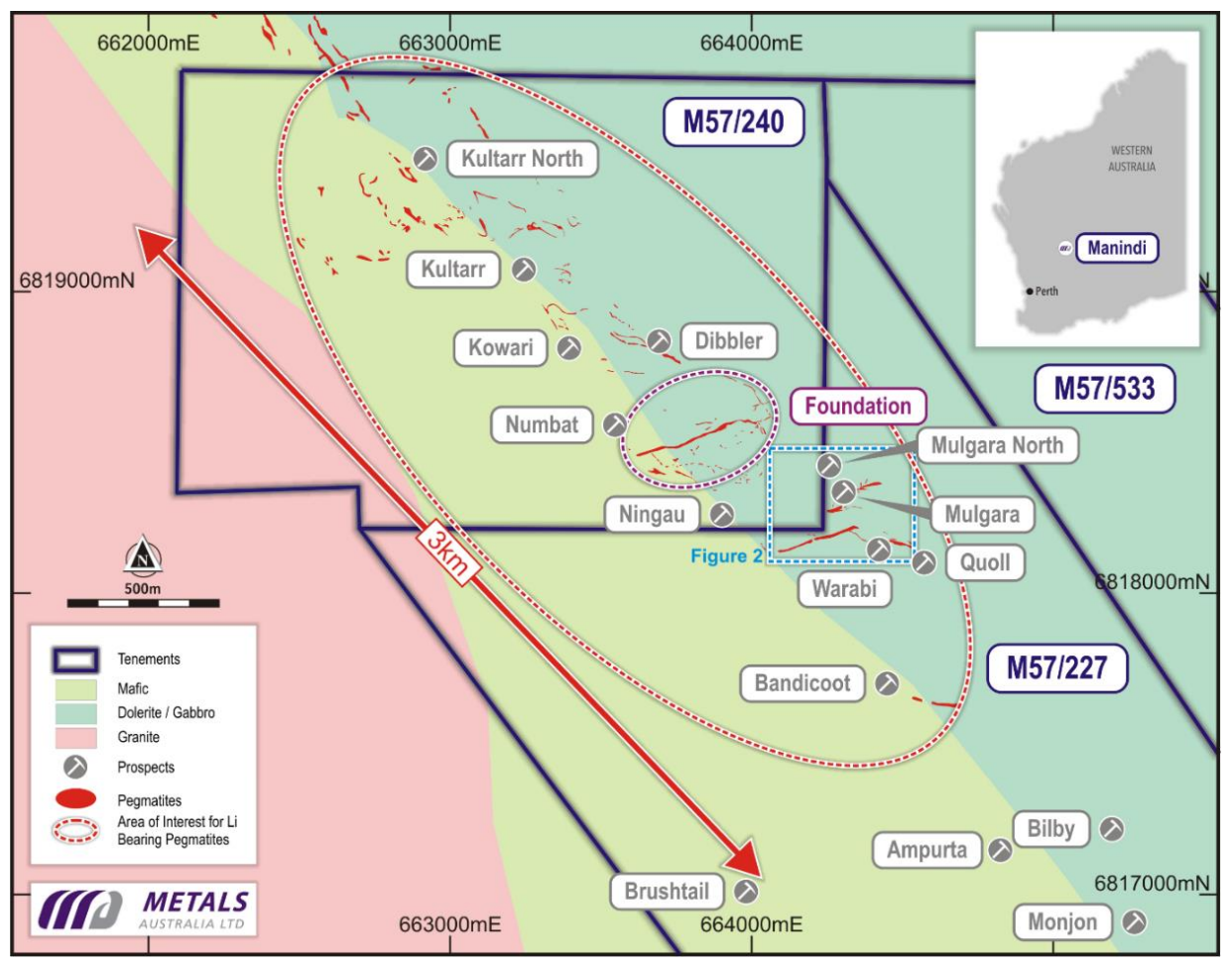 Metals Australia was a Market Index client at the time of publishing. All coverage contains factual information only and should not be interpreted as opinion of financial advice.