Meeka Gold (ASX:MEK) shares are up 3% to 6.4c in morning trade following the company’s acquisition of more hectares at its WA Circle Valley project near Esperance by way of receipt of a new exploration licence from the state government.

Licence E63/2214 also covers a northern extension of a clay-hosted rare earth horizon where shallow and thick high-grade intersections have previously been found in the southwestern segment. 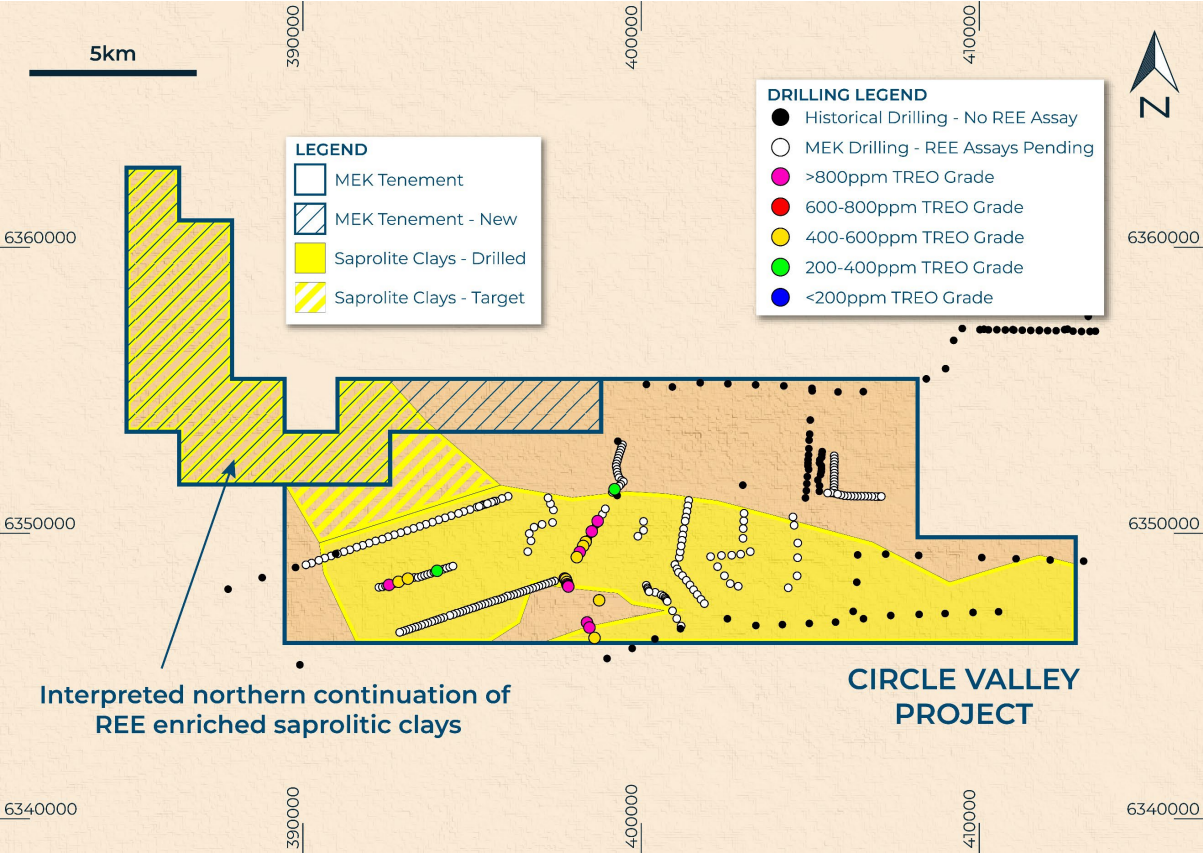 (Source: Meeka Gold) A schematic outlining the proximity of the new licence to existing acreage

What’s all this about clay?

The significance of clay in rare earths exploration is not to be understated: ultimately, clay-hosted geology means that valuable minerals are not embedded within hard rock types, but in layman’s terms, “stuck” to the clay.

This ultimately means that the extraction of those minerals can be executed in a less cost-intensive process than that of ore crushing and refining, though, methods differ.

Meeka also notes that within the boundaries of E63/2214 is included two major shear zones on the margin of the Yilgarn Craton which are prospective for gold mineralisation.

Meeka Gold describes the possibility of a Tropicana style play.

The next two months will be busy ones for Meeka Gold.

The company will this month receive gold assay results from the same project at Circle Valley returned back from an RC drilling campaign; the company is also to present at The Australian Gold Conference. Further assays for REEs are also to be delivered back to the company this month.

In July, the company will release its quarterly, and also receive further gold assay results from the Murchison Gold Project, as well as the ANSTO REE results.

Meeka Gold was a Market Index client at the time of publishing. All coverage contains factual information only and should not be interpreted as opinion of financial advice.