Gold prices continue to whipsaw in wake of Thursday’s US Federal Open Market Committee (FOMC) minutes. The meeting minutes suggest that the Fed wants to be more aggressive in raising interest rates and unwinding its massive US$8.9 trillion balance sheet.

The news buoyed yields and drove gold prices lower. Benchmark US-10 year treasury yields have surged in the new year, up for a sixth consecutive session to a 10-month high of 1.73%.

Gold in no man's land

Gold is struggling for direction amid a scramble between bullish and bearish forces.

“The hawkish Fed minutes triggered massive selling pressure for gold and that should be over until the nonfarm payroll report.  If the December payroll report delivers a massive beat, the pain could continue for gold,” said OANDA senior market analyst, Ed Moya.

“The March Fed policy meeting will be a live one and that should continue to support the move higher with Treasury yields, but that doesn’t mean gold will continue to remain in the house of pain,” added Moya.

Growing geopolitical risks has always poised as a potential tailwind for safe haven assets like gold and there appears to be no shortage of emerging tensions in 2022.

Russia and Ukraine tensions are at their highest in years. Russia has been mobilising hundreds of tanks, artillery and short-range ballistic missiles within striking range of Ukraine’s borders since late last year. Moscow denies its plans to attack and argues that NATO support for Ukraine poises a risk to its western Flank.

North Korea is making headlines after successfully testing a hypersonic missile this week, said a state media report. These missiles can avoid detection for longer than ballistic missiles. The testing will likely alarm its neighbours Japan and South Korea.

Turkey's economic turmoil and Kazakhstan's civil unrest are another two headlines that could spark interest in safe haven assets.

Gold prices continue to trade in a narrow yet volatile range, flirting with breaks towards the up and downside. The push and pull has rendered prices trend-less, flattening both short and longer-term moving averages. 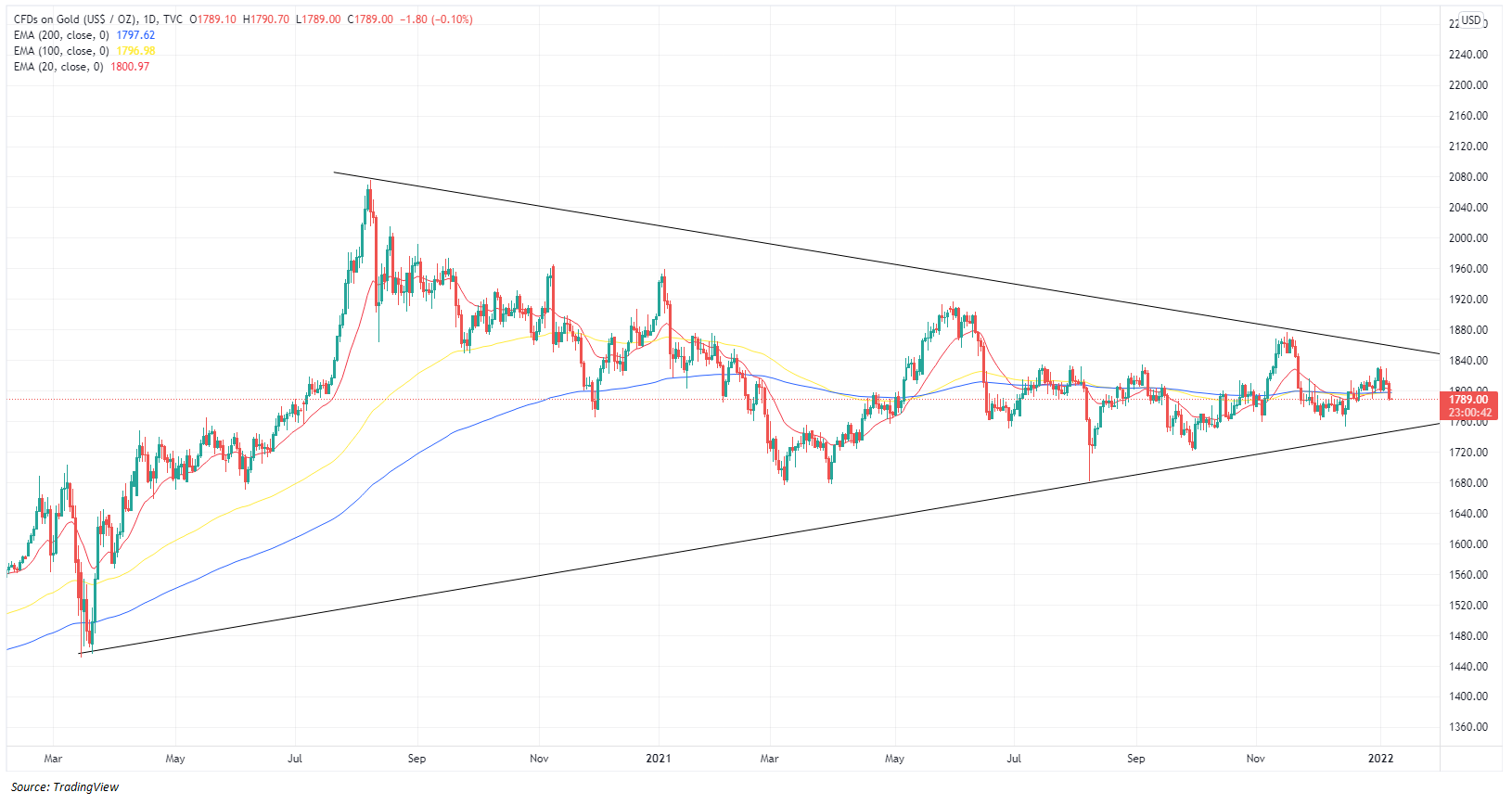 The main driver for gold of recent is interest rates. The increasing likelihood of at least three interest rate hikes out of the Fed this year has kept gold prices in a very reserved posture.

The consolidating nature of gold prices does suggest that when the time comes, the break up/down will likely be fast and of great significance.

In terms of local gold players, the S&P/ASX All Ordinaries Gold index has underperformed the broader market by a wide margin, down -18.9% in the last 12-months. While gold prices are down around -6.5% over the same time period.