Eight out of eighteen holes drilled at Jugan have now been assayed and returned from the laboratory with the company to move ahead revising resource estimates on-site at the conclusion of the campaign. 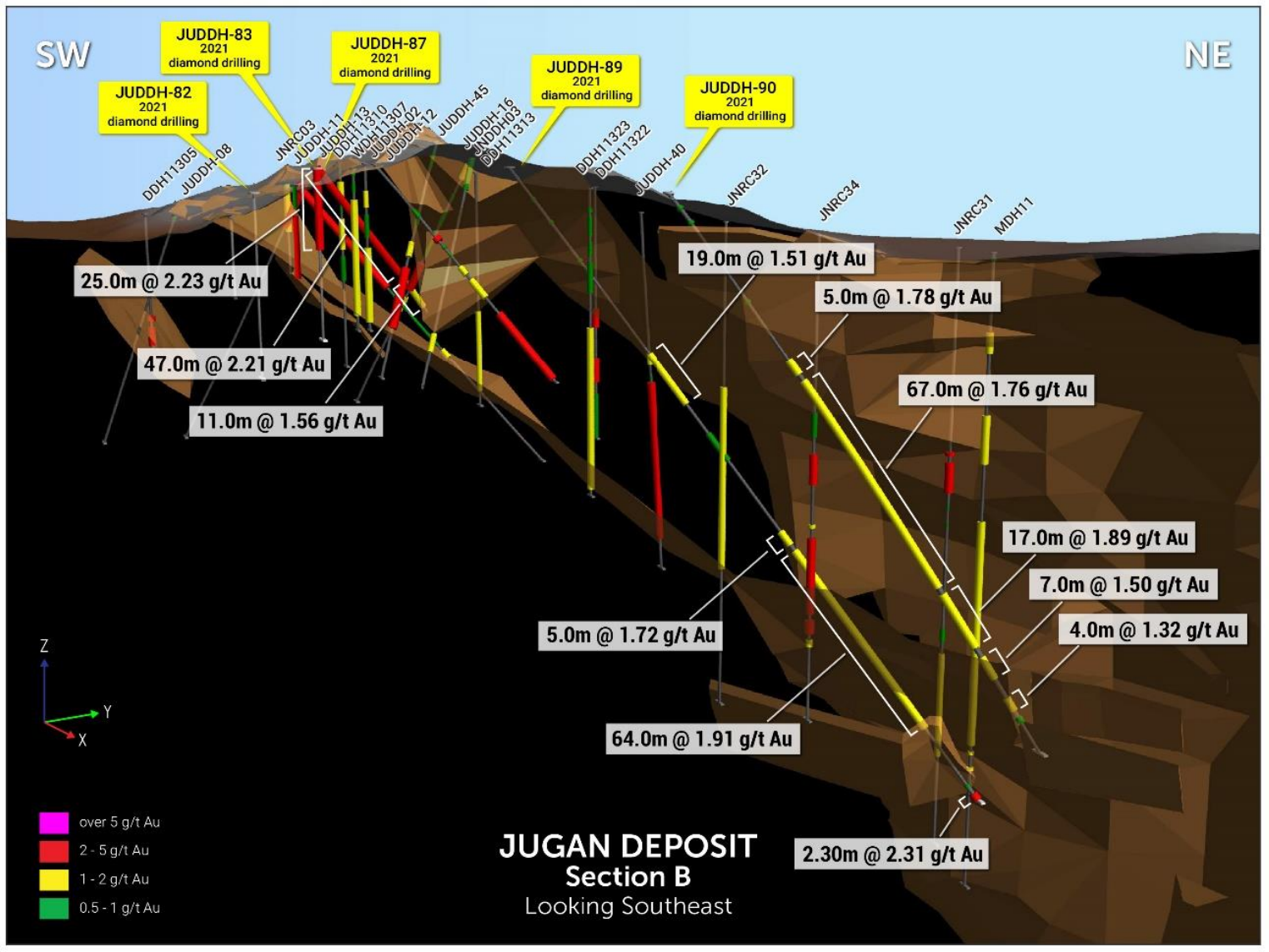 Company management noted today that as it intersected mineralisation at different depths separate to the 60m intervals, over 80m of core was pulled from both targets. Keep in mind that the sixty metre sections were by far the most substantial.

"These results are extremely exciting."

Historical drilling at Jugan has previously provided JORC Resource of 870,000 oz of gold at 1.5g/t (measured and indicated,) with an inferred resource of 90,000oz at 1.6g/t.

Across its 18 hole 2021/2022 drilling program, a total of 1,800m have been retrieved with the majority still awaiting final results.

The location of drillholes was designed to prove additional sub-surface control including the southwestern flank of Jugan Fill and a perceived plunging northeastern limb.

Both JUDDH-89 and 90 respectively were drilled at incline angles to better test the dimensions of mineralisation on-site with previous Jugan drilling being vertical.

The Bau project is located some 40km from Kuching, the capital of Indonesian state Sarawak on the island of Borneo.

Besra controls "directly and indirectly" a 97.8% interest in the Project.

Besra is targeting the same metalliferous belt "extending through the island of Borneo" that is associated with successful operations such as Kelian, having produced 7M oz, and Mt Muro at 3M oz. 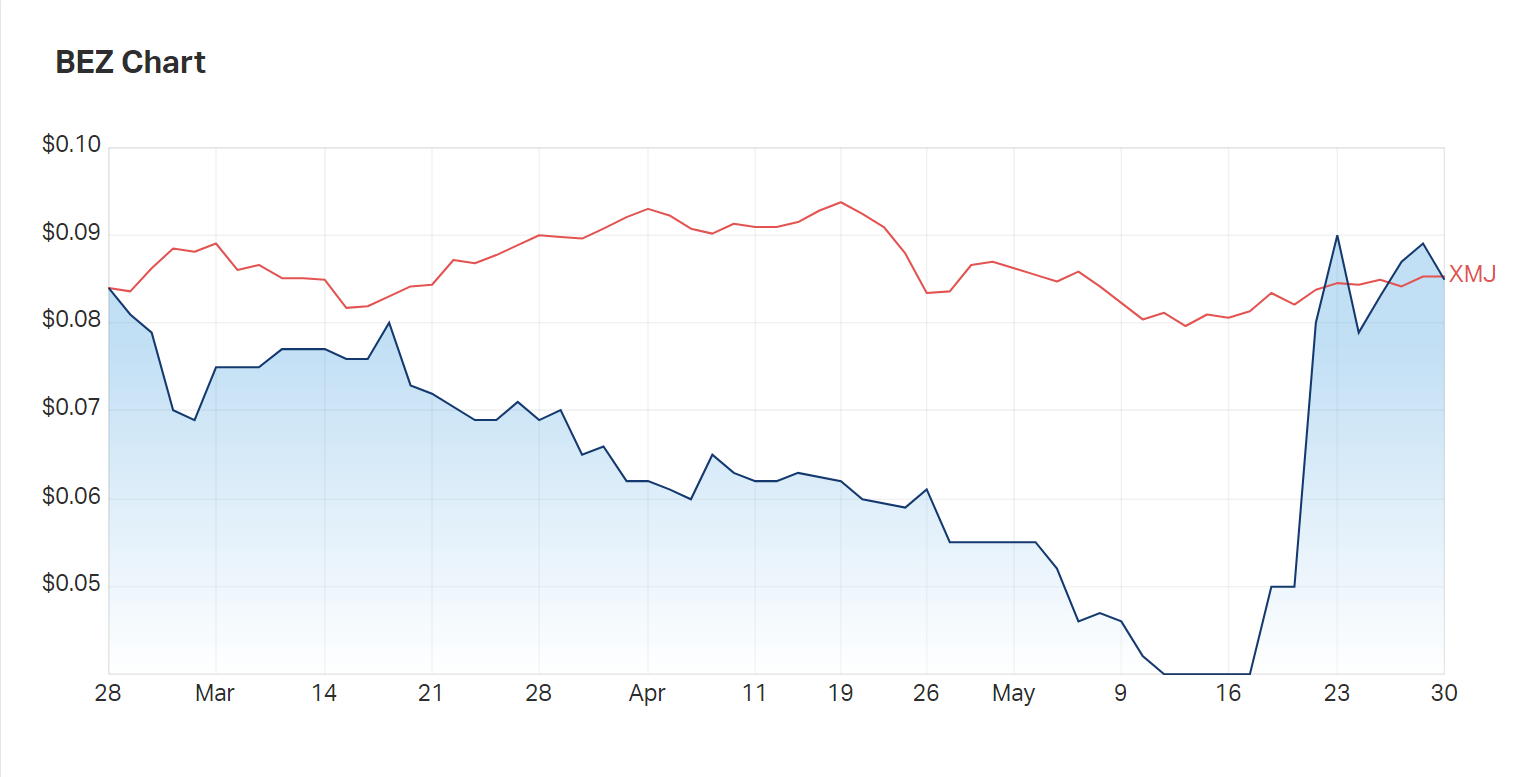 The shape of Besra's 3M chart versus the materials index